Ten wins out of 10. Forty goals scored, three conceded. Qualification for the Euros was a pretty easy ride for Belguim in a group with Russia and Scotland as the main opponents. Tactics haven’t changed much over the past few years. It’s easy to predict Belgium’s lineup when everybody is fit. In the 26-man squad, there are barely any newcomers.

Belgium will play the same 3-4-3 system they have been using for the past five years under Roberto Martínez with one more defensive-minded wing-back on the right and an attacking midfielder in that role on the left. 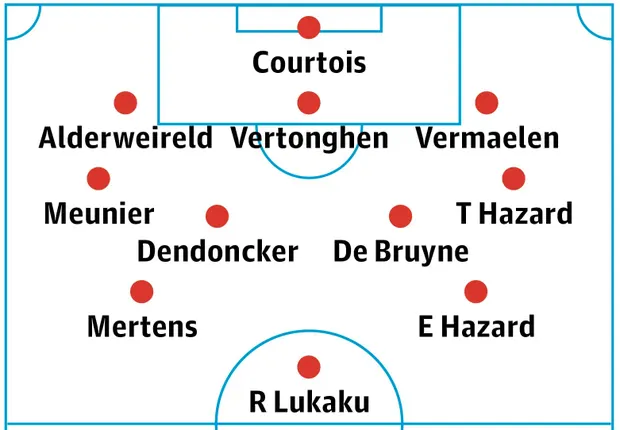 Russia reached the quarter-finals of the 2018 World Cup on home soil but it was clear afterwards the squad needed rebuilding. The goalkeeper and captain, Igor Akinfeev, veteran centre-back Sergei Ignashevich and winger Aleksandr Samedov were three of the players who stepped down.

Three years later, it is indicative of the team’s fortunes that a major talking point has been whether Akinfeev would return for the Euros. Cherchesov had initially hopedLokomotiv Moscow’s Brazil-born Guilherme Marinato would fill the gap but he was substituted at half-time in a Nations League game against Serbia after conceding four goals and has not made the squad. The Dynamo Moscow captain, Anton Shunin, is set to start.

Defence is also a problem. Cherchesov has some talented but inexperienced centre-backs at his disposal in Igor Diveyev and Roman Yevgenyev, but no real alternatives to Spartak Moscow’s Georgi Dzhikiya and Akhmat Grozny’s Andrei Semyonov in the starting XI.

Russia are well-stocked in central midfield – there are several defensive, box-to-box and playmaker options – but have slimmer pickings on the wings. 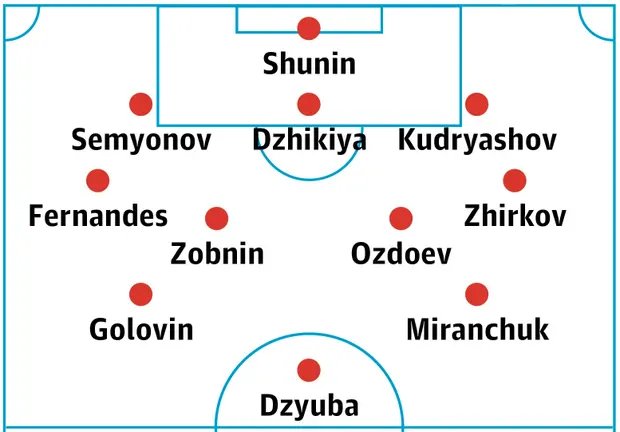 De Bruyne is not expected to be in this match vs Russia due to the injury he suffered during the CL match.

Heard that not only Kevin, but Rudiger will also have to play with a mask.