Having failed to qualify for the Euros in 2016, Denmark return to the tournament and do so in fine fettle under the tutelage of new manager Kasper Hjulmand. The Danes sealed their berth in Euro 2020 on the back of an unbeaten qualifying campaign that saw them finish runners-up in a group that also had Switzerland and Republic of Ireland, with former manager Age Hareide still at the helm.

The Euros were meant to be the Norwegian’s last project with the team before his contract ran out. But with the competition being postponed, it is Hjulmand, who took over from Hareide last year, that will lead the Red and Whites into the competition. The 49-year-old has already done some fine work and got the team playing positive, attacking football that has started to reap rewards.

Denmark, currently the tenth-ranked team in the world, have lost just one of their nine games since October 2020 and warmed up for the Euros in fine fashion by winning three in three in their World Cup qualifiers in March, scoring 14 times and letting in no goals – with the 8-0 thrashing of Moldova being the highlight.

Led by AC Milan’s veteran defender Simon Kjaer, Denmark have some quality operators in the ranks like Pierre-Emile Hojbjerg, Andreas Christensen, along with star man Christian Eriksen, while the promise shown by youngsters like Mikkel Damsgaard and Andreas Skov Olsen bodes well for the Red and Whites.

The lack of a prolific goalscorer, though, could pose an issue, with Martin Braithwaite, Kasper Dolberg and Yussuf Poulsen coming on the back of ordinary seasons for their respective clubs.

Christian Eriksen will undoubtedly be the main man for Denmark heading into the Euros. The Inter Milan playmaker might well be relieved over the fact that the tournament was postponed by a year as he was going through a torrid phase around this time last year. But, having enjoyed a rejuvenation of sorts over the past ten months, he will be raring to show his quality on the biggest of the stages.

While Eriksen will offer the flair and creativity at the top, it will be up to Kasper Schmeichel to keep things tight and organised at the back. The Dane is coming on the back of a trophy-winning season with Leicester, having captained them to the FA Cup and will be pushing to achieve success with the national team as well, to follow in his father, Peter’s footsteps, who was part of the Denmark side that won 1992 European Championships. 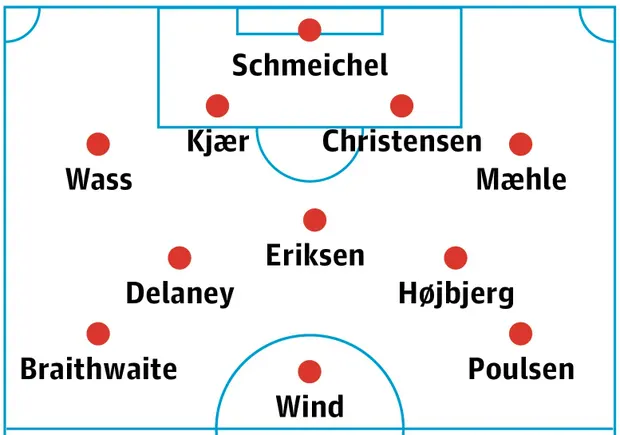 Finland will be making their Euro debut

For Finland, the Euros will mark a historic occasion as it is the first time ever that they have qualified to the finals of a major tournament. Indeed, the Huuhkajat have never appeared any of the past editions of the European Championships of the World Cup but were able to break the hoodoo under Markku Kanerva who has been at the helm of the team since 2016.

Finland’s qualification for the Euros came about after they finished second in Group J behind Italy, while beating the likes of more fancied teams such as Greece and Bosnia and Herzegovina for the spot. While they did show some positive signs during the UEFA Nations League campaign towards the end of the last year, their form has been quite poor in the lead-up to the big tournament.

Indeed, Kanerva’s men are without a victory in their five games (D2 L3), that includes back-to-back defeats against Switzerland (March) and Sweden (May) in friendlies. It will certainly take something special for Finland to make it out of the group stages, but the motivation of a maiden major tournament can work wonders.

As for the squad, Finland will largely rely on star striker Teemu Pukki, although the fact that he has been out with an injury since last month is a cause for concern. There is some promise offered by youngsters like Onni Valakari and Marcus Forss but seniors like Tim Sparv will have to step up, although he too is battling fitness issues.

As iterated earlier, Finland’s hopes will largely be on the shoulders of one Teemu Pukki, who dragged them through the qualifiers on the back of his prolific form, scoring ten goals in ten games. Just two shy of the legendary Jari Litmanen’s tally of 32 goals, the 31-year-old, if he is able to get back to fitness in time, can go on to topple that record and become the nation’s all-time leading goalscorer.

Another player who can be a standout for the Huuhkajat is Rangers’ midfield mainstay Glen Kamara. The Finnish ace played a key role in helping the Gers win the Scottish Premiership, on the back of which, [has been linked with a move to Arsenal]. A hard-nosed, tough central midfielder, he will need to be at his best to shield a vulnerable 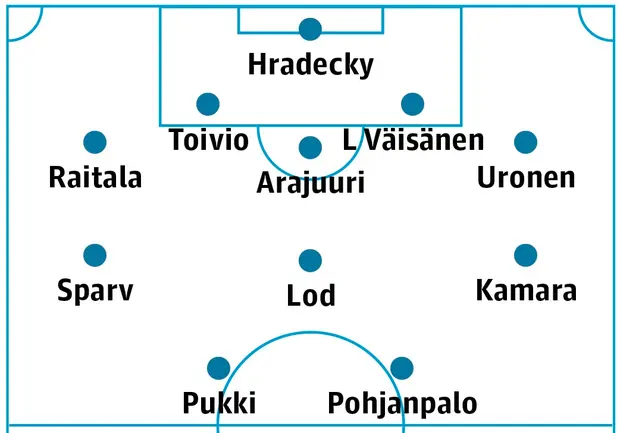