Mods, feel free to move this to the right place if it exists.

Not sure where to post this. Not sure if I should tbh but I think we’re ok with anonymity and I’d really like some feedback cos i’m pretty mad.

Had an upsetting episode this afternoon with our neighbour.

Some background: Single mum, her daughter and ours are playdate friends. She is from eastern EU, good English, no formal job, very likable. She rents from a landlord who we rarely see and don’t know.

She told us a few months back that her landlord was asking her to leave cos his daughter was moving in, which is in line with Irish law (coming into effect from April 23). He has since gone back on that and she is “ok” to stay.

When that first happened, we looked up her house and found it wasn’t listed on the rental registry (govt) so basically her landlord isn’t declaring the income.

That’s not what this topic is about though. She came over this afternoon acting all weird and asked my wife to go back over to check something with her at her house… turns out as an excuse for company.

Long story short, her landlord has twice now made physical advances towards her that she didn’t invite or reciprocate. First one was a hand on her hip and a peck on the cheek… second one was a personal space invasion that didn’t let her move without pushing him away.

I’m planning to speak to her tomorrow as we’re on good terms, but my first thought is to tell her to report it to the Gardes, just to have it on record if nothing else, but she’s obviously rattled and I respect it’s her choice.

She told my wife that she just wants to leave, but with the housing situation in Ireland as it is, that’s hard.

Get the creepy bastard reported.
That type of behaviour sickens me 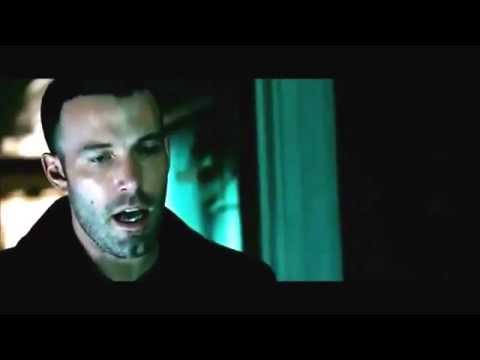 really?.. i don’t understand if that’s supposed to be funny… this really isn’t the topic for that

you’re asking a football board for advice on what reads like a case of a landlord leveraging physical advances on a single mother with the looming threat of homelessness. That’s how I read it, anyways.

There’s a few ways that can go

1 - discuss the authorities and get it on record, in hopes the landlord stops the advances upon advisement of that interaction with the police

either way, there is a hope that the landlord will cease without any further actions needed.

some folks need to be told in clear terms, of having to choose between keeping their hands to themselves or becoming accustomed to eating their meals through a straw for an extended period of time.

yes it’s a football football board… we talk about everything though.

my informal advice is do NOT approach the landlord, dont go all hoolywood rogue, this only forwarns him and doesnt help

go directly to the authorities, they will do nothing obviously, but it will be on record.

above board, legit, direct and clean.

this is my opinion only and not advice, i have zero knowledge of your tennancy acts, but there will be forms of protection for her.

Report to the authorities

Don’t engage with the landlord

Before engaging anyone, is it plausible to install a standalone hidden cam to capture the landlords behavior? In that way, it will no longer be a he say she say thing, there will be proof to advance actions on the landlord?

I hadn’t thought of a hidden camera

. I’ll try to have a chat with her later today and see how she wants to go with this if she’s ok talking about it.

Putting a camera in position still needs for the lady to be in a risky encounter with this creep… who knows what will happen next time.!
Treat him like a stalker and take her to the police and ask to speak to a woman officer in their CID or special unit that deals with these type of issues… Not only will it be given reference number of note, but they will advise best course of action based on hundreds, if not thousands of similar cases… This will also strengthen her case should this landlord creep try to put her out on her ear without warning, yet more importantly, it will dismiss any (false) allegations made by him or his family against this neighbour that it is simply a ruse, and she is play acting to protect her tenancy… Either way, the police will suggest the way forward with it

Agree about the camera. It would better to have evidence than not, but it means it needs to happen again. Also it’s hard to predict where in the house it would happen or when. Still something to consider.

I was reading some suggestion websites and they all agree that the decision to talk to the police needs to be the victim’s… I respect that, we’ll see how she feels. My question regarding reporting it is, if she makes a formal statement to the police, are they obliged to contact the person she’s accusing… or can it be a preliminary statement that they will keep on record but not act on unless she asks them to? I might call them myself later for a bit of advice with no names to see what the process is here.

They will be better equipped to judge how quickly the signs to date are likely to escalate… that is what will concern the police most. It is to be remembered this lady will need to have repairs carried out at this rented property at certain times, as well as handing over her rent… These are certainly things that could be handled by a third party such as yourself etc… but bottom line, this lady needs to live somewhere she feels safe at all times without being harassed or under duress… Making contact with the police, preferably in person puts an almighty powerful ally in her camp when the facts have been disclosed… the police, believe it or not, can be both sympathetic and considerate when a delicate situation calls for it… This guy need not even know a meeting has taken place, but by following their guidance to the letter might prove to be best solution to all concerned…

When that first happened, we looked up her house and found it wasn’t listed on the rental registry (govt) so basically her landlord isn’t declaring the income.

Doesn’t that give you / her a bit of leverage with the landlord ? Maybe an implicit threat might be enough to dissuade his behaviour.

my informal advice is do NOT approach the landlord, dont go all hoolywood rogue, this only forwarns him and doesnt help

go directly to the authorities, they will do nothing obviously, but it will be on record.

above board, legit, direct and clean.

this is my opinion only and not advice, i have zero knowledge of your tennancy acts, but there will be forms of protection for her.

100% this. Especially not confronting the landlord.

I’d add to this, just be there for your friend. Make sure she isn’t left alone with this creep.

Yeah it did occur to me too… tactically that makes sense but there’s a risk in trying to assume how the landlord would react.

I don’t want to start messing with what might be considered blackmail, and the most important thing is her safety and her mental health.

Maybe helping her find alternative accommodation might be the wisest course , all things considered.

Your neighbour shouldn’t be letting the landlord into the house,it may be his house but it,s her home and by law he needs to give notice before seeking access to the property.What she needs to do is find the strength? to not allow him into her home.If the rent is into the hand then she should have it ready when he calls round for it.Make excuses that she is going out,spending time with her child or just busy,anything to avoid letting him in.Maybe if he calls at a similar time each week/month,a friend visiting will put him off.A different friend each time can stop him from thinking she is sub letting.After a few times he will get the message,hopefully then he will just let the matter drop.

He has to register the property with the RTB and if he doesn’t then he can be fined and jailed.If he’s not paying tax on the rental income the same penalties can also apply for that offense.So if she has any proof that she has been paying him rent then she has a bit of leverage if he makes anymore advances but it may also make him think twice before trying to get her out due to her not being open to his “advances”.
She will need to be careful if she is unsure what type of character he is.Unwanted advances aside she may not know what else he is capable of.Maybe he is just a creep trying it on but he could well be more than that.It might be a good idea to find this out before she,or you,attempt to confront him.At the end of the day she may be better off trying to find somewhere else,difficult as it is especially if she’s in Dublin,but maybe better to start looking now before things either escalate or he kicks her out.

There is the rent a room scheme which doesn’t seem to have too much uptake but if there are people living alone in your area,elderly still in the family home, maybe they might be open to sharing their home with a woman and her child while making some money which is tax free up to 14k per year.She could perhaps do up a letter and hand deliver it to homes in the area,explaining who she is and proposing the renting of a room or two.Worth a try i think.

I think this would be the prudent thing to do.