…and the hosts are… 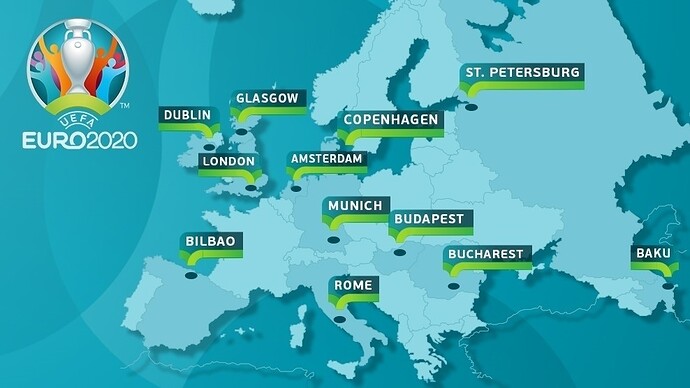 Group D looks like a group of painful death for England,we should piss it but won’t. 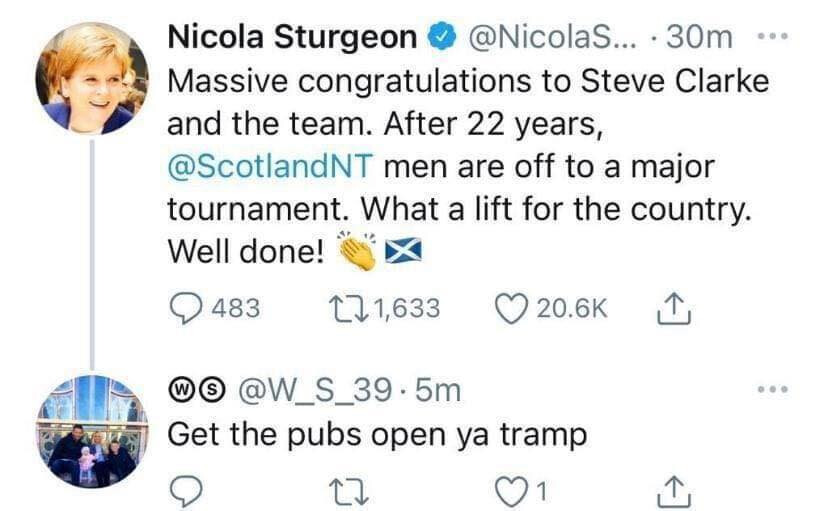 Once again, some creep hiding behind anonymity spewing crap.

This surely won’t go ahead in the current format of multiple teams travelling to multiple countries with the COVID numbers in Europe at the minute?

Looks like it has already been decided that it will take place in one country.

More on that later.

My money’s on Qatar.

BREAKING: The Euros are “very likely” to be played solely in England Via @beINSPORTS_EN https://t.co/qvzIcc4H0R

Great…
Bring whatever strain of Covid you want with ya.!
Makes you wonder what these organisers are all about…

They reckon the fans will be allowed back in the stadiums when the Euro’s come around.
Apparently that has had a bearing on the decision makers

Things will be more normal across Europe by June.

Things will be more normal across Europe by June.

No chance. In the UK all of the adult population will have been able to have had the first vaccination dose by June and, I estimate, half of them will also have had the second one by then too.

It will be well beyond September before Europe will be in a comparable position.

I thought as much. Mentioned about this vaccination in the earlier post.

I thought as much. Mentioned about this vaccination in the earlier post.

First vaccination to all of the adult population of the UK by the end of June (the official target is end of July but at current rates I think we’ll get there by end of June). By that time I reckon approximately 23 million will also have received their second dose.

Oh, sorry. Originally there were two venues in the UK (Wembley and Hampden (Glasgow)) where the Euros were going to be staged. I would imagine that should the Euros be hosted solely in England they actually mean GB because I can’t see any reason why it would differ between England, Scotland and Wales. They may also extend that to Northern Ireland and perhaps Ireland too (Aviva, Dublin was also one of the original venues)?

If this is confirmed I would expect the venues will be Wembley, Hampden, Principality Stadium…and then Old Trafford, Villa Park, Anfield, St James’, Tottenham Hotspur Stadium, Emirates, Etihad, London Stadium…those would also be contenders I imagine.

From what I have noticed (WC, Euro), each group is based in two cities. The KO stages are hosted in more selective/larger cities. So there should be 12 hosting cities to start with. Considering some cities (London, Manchester, Liverpool, Cardiff, Glasgow) have more than one large stadiums, maybe they will restrict it between eight cities for logistical purposes.