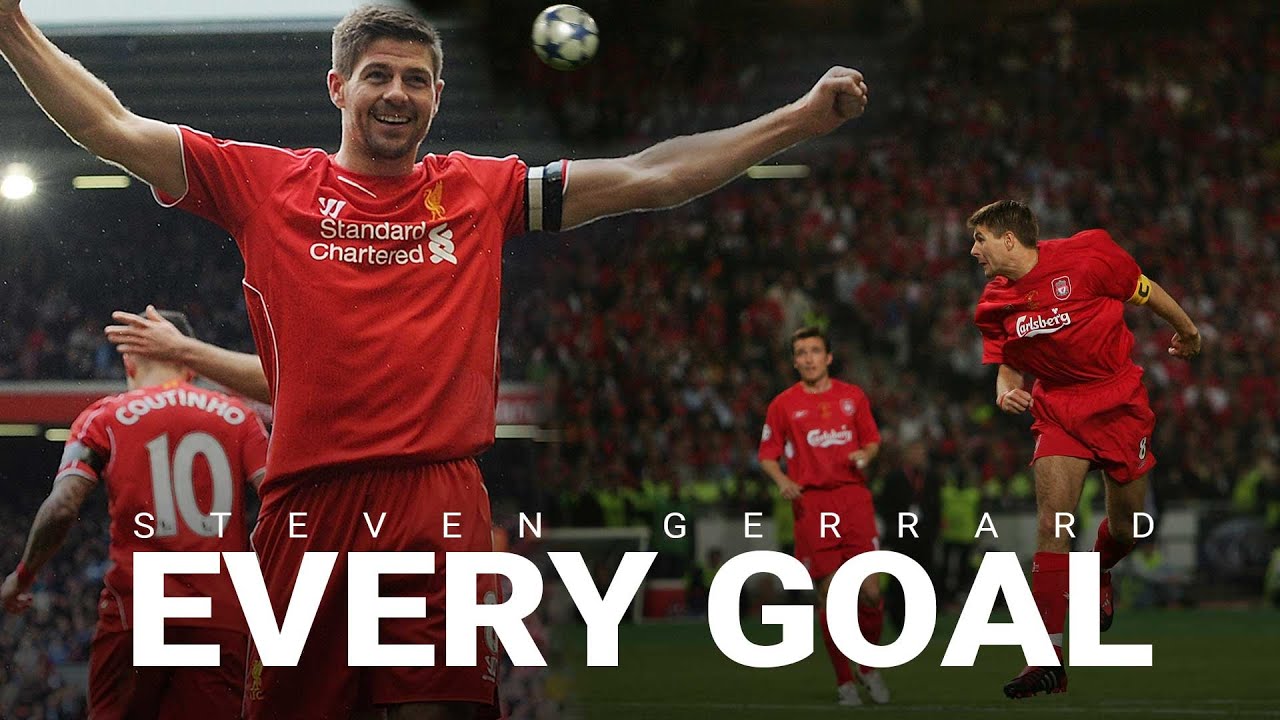 Basically my first Liverpool hero/legend since I only started to watch Liverpool from the mid 90s.

Odds on him taking over from Jürgen?

Not in near future.

Odds for the next permanent Liverpool manager:

How many teams from Scotland qualify for the CL?

Time flies mate, Klopp’s already been here for 5 years. Gerrard next? He’ll be filling big shoes and casting an even bigger shadow.

But as a player, just brilliant.

Two for next season. Celtic will head into CL qualifiers as second.

Gerrard will be a future lfc manager no doubt - this is his home on so many levels.

Would love Xabi to be our manager. For me he is the next Benitez. A class act we all know that. Worked in different countries. Speaks English, Spanish and German and clearly has a bigger network and more connections in the World of Football.

Basically my first Liverpool hero/legend since I only started to watch Liverpool from the mid 90s.

It feels like Gerrard will inevitably return as manager. That feels like it could be a mistake if it’s isn’t handled really carefully. I love the guy, but part of the reason why I loved him is that he played with his heart on his sleeve and full of emotion. You can’t be a manager like that. There have been loads of forceful, emotion players who have failed in management (like Keane).

He has done a good job at rangers, but i still think he needs to manage at a good level, before he’s considered.

What? No Rodgers? Or is one of the Diego Simeones really a Super Brendao (shoutout to @Zoran for stealing his BR nickname).

That’s how Coutinho called him, it stuck in my memory.

I would agree on this, he seems on track to win his first honours as manager leading Rangers and probably need to do it consistently first at that level and probably move to a top level league like PL, or La Liga etc with a mid table team and do well there and then probably he would be ready for us.

I actually think he’d be better served by leaving Scotland this summer and trying his hand at an upwardly mobile Championship club, he’s utterly dominated there this season and can’t really see how staying longer would benefit his development. Feels like he’s already outgrown it.

Nah, not for me. I think he will not want to go to the Championship after Rangers. His mission would probably be at least a mid-table club in the PL. I don’t think he necessarily misses out on much if he stays at Rangers for another season or two. See if he can defend the title (domination this season yes, but doesn’t mean Celtic can’t respond), add a few cups after some disappointing exits, how he improves them further, how they fare in the CL. He can still improve by continuing to work there. I don’t see him “running away” after 1 league title to go to England’s 2nd tier. I think he very much wants to be fully prepared in an environment where there is pressure and expectation to win. Sure, he probably won’t go from a Rangers to a Liverpool straight away, but we’ll see. For me, if he’s not getting those offers yet, he’s good over there.

He needs a minimum of 5 more years in management for me before he even gets a serious consideration for the Liverpool job. Arbitrary number perhaps, but long enough to see how he responds when things don’t go well, to see if he can continue to build a winning machine etc.

I don’t see it as a foregone conclusion that he ends up as a manager here whilst FSG are in charge. They’ve hired a club legend before and it’s gone sour, I don’t think they’ll be handing out contracts just because he was a world class footballer for us. He needs to earn it on merit, and one (or two or three) titles in the Scottish Premier League is not enough IMO.

I don’t watch much Scottish football. Two team league. Does Stevie have tactical nous or is it some combination of increased (and/or savvy) spending by Charles Green, Celtic not realizing Scott Brown is 35 and Neil Lennon being on the wane?

I agree he ought to stack up a few more trophies, especially if Rangers are financial sound enough to spend with Celtic going forward (I have no idea if they are). Wait for that right opportunity in the PL. Crystal Palace might not be a bad place for him once Roy fades away.

I’m eager to see how Rangers performs against stronger teams. Next rounds of Europa League (hopefully they will get past Antwerp) and Champions League qualifications next season would be a good measure of his managerial skills.

But more than anything, I want to see where Gerrard takes Rangers during his stint as manager. Can he take them to another level, a credible European pedigree with regular presence in CL and/or deep runs in EL!

I don’t think there’s anything to see/judge before end of the next season.

Not a chance, Scottish football doesn’t have the resources to allow them to compete properly in the CL. Celtic were dominant for a decade, still got nowhere in the competition and nearly bankrupted themselves trying.

I just see staying in Scotland as lose-lose for Gerrard. Either he dominates again and he’s no more proven to decent-level PL clubs than he is now, or Celtic make a comeback/Rangers’ level drops and he’s less attractive a prospect than now.

Even someone with stints at two PL clubs under his belt in Rodgers ‘only’ landed a job at a modest PL club (they were relegation candidates when he took over), so it’s hard to see Gerrard going somewhere as prestigious as that. Palace is a decent shout although as the oldest squad in the league they’re about to face a major rebuilding project.

Beyond that, though, where could he realistically go? He’s not going to want to take on a relegation dogfight, so that rules out about half a dozen clubs at the bottom end, and for obvious reasons the Manchester clubs, us, Everton and Chelsea are out, and Arsenal are committed to Arteta. West Ham, Villa, Wolves, Southampton and Leeds are also happy with/committed to their managers. The one I’ve not mentioned is Spurs, but for some reason I can’t picture Gerrard there.

That’s why I think the Championship could be a better route into the PL, either with that club or one already there, similar to what Lampard did with Derby. It’s a higher level of competition than the SPL, a fair few have decent money to spend and it would give him a chance to show what he’s really made of in a properly competitive environment closer to home.

Not a chance, Scottish football doesn’t have the resources to allow them to compete properly in the CL. Celtic were dominant for a decade, still got nowhere in the competition and nearly bankrupted themselves trying.

I’m not expecting Rangers to be competitive in CL, I just want them to qualify for the group stages and if that fails, make deep run in EL where most teams are even worse.