I would have thought the Jay Spearing signing would make him the second oldest play, but Milly is actually 3 years older.

James Milner on his beard: “A couple of weeks ago we were in Singapore, we were in the treatment room having a bit of craic and Hendo and Robbo were on me and said, ‘Go on, you need to grow it.’

Ah so that’s why Hendo has a beard as well. 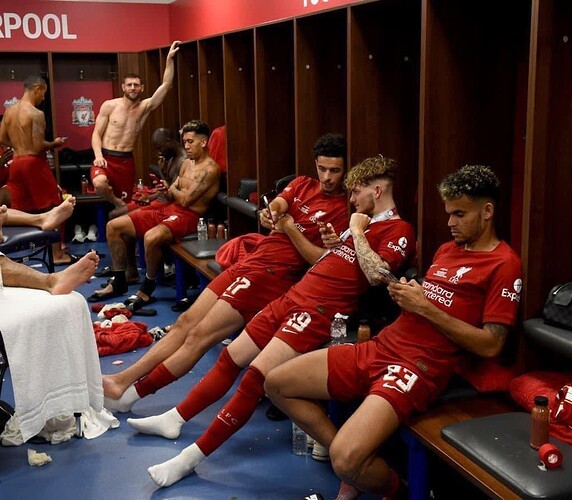 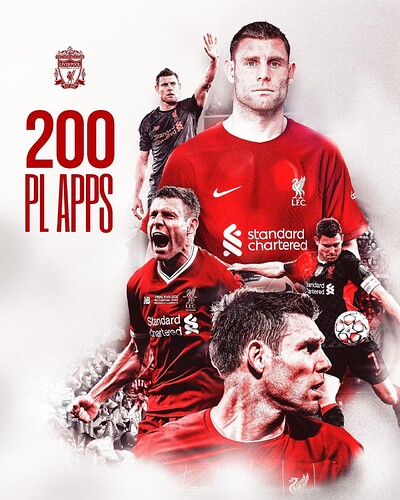 Was excellent coming off the bench against Fulham. He is a real leader. Can defend, tackle, and provide crosses, passes, etc, and good movement.

At his age, he plays best if restricted to once a week. That’s why the injuries mounting in midfield is concerning. Ideally we would want him to start a game, and come off the bench in the next.

Yes, he definitely helped unlock them. I thought all three subs - Milner, Elliott, Nunez - together changed things up in a way that made it much more diffficult for Fulham to cover the space. Gave them something new to deal with, and I felt they couldn’t quite adapt to it.

The 1-1 goal was a beauty, with the pass through a line to Milner initiating the move. Great execution all around, especially the timing from Elliott on when to play the pass. Waiting until the defender committed, before releasing Salah on the flank. 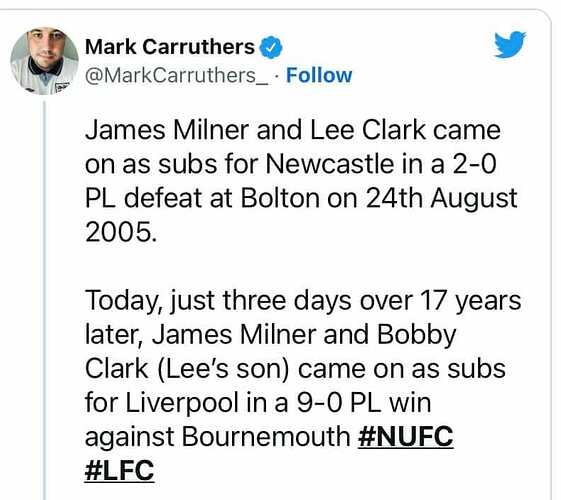 Watching Milner this season has been unsettling. I know he’s useful to see games off and the experience he brings, but he lacks the pace and has been very rash in his tackles lately. He would have got couple of yellows today, but ironically his lack of pace meant he couldn’t get those.

His commitment, desire and energy is still there though.

He isn’t supposed to play so frequently. He doesn’t have the legs for that.

He struggled at that right back, I really hope Ramsey can come in and give Trent some time out of the games late on.

Milner really should only be playing in the centre now.

Milner really should only be playing in the centre now.

He shouldn’t be playing bar to come on with 10 minutes left and we’re 2-0 up.

Why he is the man back from a corner is just the stupidist tactical decision ever, he was exposed twice in about 2 minutes leading to big chances for them.

…or we need to stop the opposition from scoring.

Probably his worst game for us today. Came on and tried to be an attacking right back. Got caught upfield and taken out the game with a simple shuffle as he lunged in (on two seperate occasions),.

Then got done on the touchline trying to cut out a ball. Everton targetted him (oh the Trent irony) and had joy one v one at the back post. Also failed to clear a ball when in our box.

Klopp had to correct the error by getting Matip on, send Gomez (who had an excellent game) to RB, and moved MIlner into midfield, where at last he looked more comfortable with a few long passes (should have stared in midfiled ahead of Carvalho, and subbed off for him in the second).

A lot have moaned abot Trent’s defending, but in this game Trent was snuffing out their chances， and Darwin should’ve done better with that great deep Trent ball.

Should have allowed him to retire gracefully last season instead of getting pelters online this season!

Much worse players, James is playing above and beyond of what is expected. His role is not to start games, it been that role for 2 years, but when the shit is hitting the fan, he steps up.

Yup he had to start at the tail end of last season but the was fine he hadn’t started much and as you said used sparingly. He was poor tonight but others were poorer.

I do understand that he isn’t young anymore and not his fault he’s made to start games etc. I also understand that the players who are here and injured majority of the time are more to blame than Milly who’s actually available and stepping up in this crises.

But having said that if he’s in the squad for such situations it’s not too harsh to expect some improved performance from him. My biggest concern is the defensive aspect of his game. I see he lunges into the tackles, mistimes them a plenty and pulls players back trying to win the ball; many are punishable offense. I would rather he keep it simple if he doesn’t have the legs anymore to catch up with the younger and fresh players.

I see Modric and he’s of same age and Madrid plays to his strengths. He does have the support of the midfield which would have been good if we played in a way to accommodate Milly’s game given we started him these few games.