All of this info coming from within Russia in staging areas over Twitter etc? Forget satellites, they aren’t even bothering to lock down their forward staging areas and letting it out there what units and what capabilities are being readied and where. This is some infantry hidden in a train. Might be an effort at some massive psychological game designed to demoralize the Ukrainians but it rarely happens that way when people are defending their homeland. I still think something is not quite right in the build up.

If it does escalate into conflict, I would not be surprised to see the initial attack come from a different sector.

Undoubtedly, and that was really what I said as well. There is Maskirovka going on or some massive demoralising campaign (both are probably true). Initial attack can also come from very many vectors. Belarus, Crimea, Donbas Kharkiv front, and there will undoubtedly be several feints. If they attack, and it is still an if, then it will no doubt be overwhelming and we will likely see very extensive use of long range stand off fires.

But for now, we cannot know. What we do know however is that armour is going to staging areas, off rails, but it is so much of it everywhere, so not in itself an indicator of for instance attack vector. It could also be, that this is just a psychological campaign and that a decision to attack has either not been taken or will not actually be taken. But warning time is now very low due to so troops now being dispersed along the front.

Armour dispersing, could mean something, could just be what they are supposed to do in a psychological campaign: 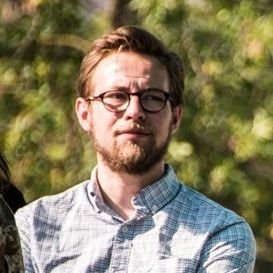 No OP Sec to speak of as seen here: 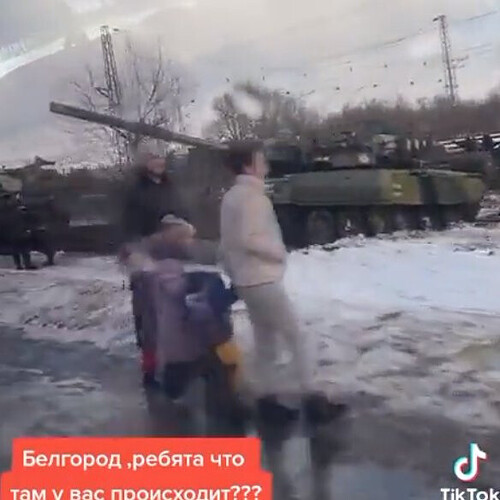 Some battalions not yet arrived. This is Voronezh: 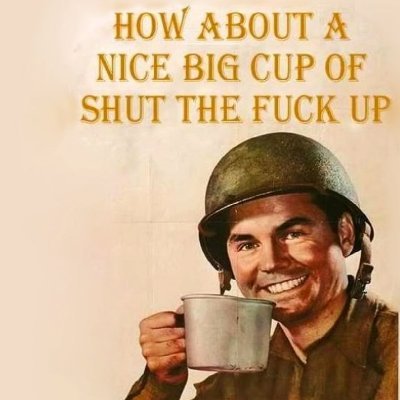 @MarQs__
Kantemirovka, reportedly two days ago..15 km to the border with #Ukraine https://t.co/S6nnUCa8rs

I don’t see this happening.

Also, I want details. I.e. Who’s idea was this, who is pushing it, who is against it. This would de facto be bowing to Russia’s Security Demands, so it will not happen. Sounds like a scenario cooked in the Kreml and released to the media to me. To be blunt, it smells like blatant disinformation, designed to be read by those who do not follow the situation closely.

Russia to formally recognce the Donbas, de facto annexing it: 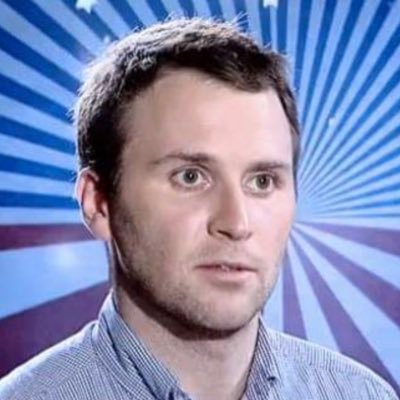 @Andrew__Roth
Here's the draft of the United Russia legislation to recognise Donetsk and Luhansk People's Republics. The first points send the legislation to the Ministry of Foreign Affairs for consultations, which will likely slow down any decision or vote on this. twitter.com/markito0171/st…

A draft resolution on the recognition of the Donetsk and Luhansk People's Republics by the Russian Federation has been published. #Russia https://t.co/NGAuZew2Zp

Has been spoken of and written about a lot, now it is finally happening unless it’s just a game of course ( I think it will happen).

I would suspect the Americans are actually pushing some version it to some degree. Ukraine backing down is the easiest way out, it would not have to be a complete acquiescence to Russian demands, just the big headline one. It would also be fairly token, because NATO is not going to admit this Ukrainian regime.

However, whatever its provenance, it appears dead now.

I don’t see it happening. The Great Game has gone too far for that to happen now as it means acquiescence to Russian demands and NATO can no longer do that diplomatically. It would have to do it earlier. So I strongly believe you are incorrect, but time will tell. Maybe you are correct, I just don’t see it as a possibility any longer.

As for Ukraine not getting into NATO in the next years, that is certainly true but probably irrelevant to Russia.

That is the genuinely scary thing about this situation. There are two leaders, neither of whom can really afford to be humiliated, and no clear path out for either one now.

Well in that kind of case, if you are a superpower and don’t want a repeat of 1914, you ask the smallest one to take the humiliation. In this case, Ukraine. Tell them to back down on their public intent to adhere to Nato.

That should be enough. It’s really not rocket science, even the US administration should be able to understand that.

@JeremyCliffe
The point can't be made often enough. Ukraine won't join NATO any time soon, but what Putin fears is much broader: the country's long-term socio-economic-political Europeanisation, which has progressed significantly over the past decade thanks in no small part to his own actions. twitter.com/Alewin7/status…

Key excerpt from an excellent @JeremyCliffe piece on Ukraine. The success of the EU-Ukraine association agreement and the pivot of the economy away from Russia is a big factor in Putin's posturing. As Putin loses economic influence, he ramps up the military threats. https://t.co/lbqGWG6dVB
2 Likes
Magnus 15 February 2022 04:26 #73

Russian armour is dispersing, driving through the night:

Ukraine will be attacked (if Russia wants to go, which it looks like) without intervention from the West. I don’t believe a word about the US seeking to block them with military means. Reinforcing NATO states bordering Ukraine is to deter spillover and further adventurism as well as punish Russia with a larger NATO footprint if it attacks (because then the Baltics will need much greater reassurance, as well as Poland).
No one will defend Ukraine. No one dares.

I worry about Ukraine, and Ukrainians. I also worry about Sweden and Finland for the future (but not now).

@KofmanMichael
The 105 BTGs + 14 en route tracks with a lot of what can be observed. 2nd CAA just unloading. 1st GTA still pushing units. Doesn't include RLF or Rosgvardia. wsj.com/articles/west-…

VDV is also not included in the BTG count, yet it carries a very heavy punch. Nor is Spetznas, of which most of Russia’s available companies and platoons, have now deployed in the vincinity. Naval infantry also not included. Nor is Rosgvardia included.
So 105 maneuver battalions. That is a lot…Then VDV (airborne elites), the hammer, as well as a plethora of aerial assets as well as stand off long range fires galore (lots and lots of Iskander (base killer missiles with a very large warhead) as well as Kalibr cruise missiles). Every BTG has integrated heavy armour and artillery. In addition, there is a lot of district level artillery deployed. If, and I am just saying if, but if Russia attacks, it can throw a hell of an alpha punch the way of Ukraine.

Edit: at least I think VDV is not counted in that calculus, Kofman did not count them previously, but he might indeed to that now since they are deployed en-mass to Belarus and Crimea.

Russian aggression has to come to a head at some point, if not now then in the future. What’s interesting is when you look at world events as a whole over the past 6 years and in particular Russian involvement in the US Elections. Pretty much the only country that could have a decisive say in stopping them dead in their tracks is divided like never before with seemingly no political or military will to do much about it except posture. For all the talk Ukraine will be left much to it’s own devices when it comes to its defence. I very much feel this has been a long term strategic move on Putin’s part at a point where the West has had possibly its weakest collective leadership at any point since WW2.

The question then becomes ‘what next?’ or perhaps ‘who’s next’, should the Russians succeed and it would be exceedingly dangerous to let it go down that route.

Could there be a coup in Russia? Against Putin? Is Russia (at least the people in power) completely united behind the Ukraine “event”?

For me the whole NATO aspect is a side issue,

Not that long ago (about a year ago) Putin wrote an essay on how the Ukraine was a product of the USSR, the failings of its leaders, how it’s people are as one.

I think he wants war, I think he is manipulating the situation.

I agree. I think Putin’s increasingly thinking about his legacy. How will he make his mark on Russian history? He’s been in near unchallenged control of the largest country on Earth for over 20 years. He’ll be 70 this year and I think he’s considering how his reign (I think that’s appropriate) will be remembered.

What has been noteworthy about it? For someone so consumed with projecting power he hasn’t really flexed Russia’s muscles. Not really. Taking Ukraine back within Russia control would, at least, be something tangible. Far more so than Crimea. It would be a legacy in line with how he would want to be seen.

Was it all a game? Who blinks first?

Seems that the Russians have blinked…

p.s. I hope I haven’t spoken too soon!

For me the whole NATO aspect is a side issue

It’s really not, it’s the whole point… Has been for decades. No one “blinked” they never had any intention to invade.

It’s really not, it’s the whole point… Has been for decades. No one “blinked” they never had any intention to invade.

There is nothing to indicate that Russia respects others territorial integrity.

They invaded Ukraine to annex regions, under the rationale that ethnic Russians lived there. Putin has already made it clear he does not see Ukraine as a state, that he sees it’s people as one.

Even if the Ukraine did not persue NATO membership and simply wanted closer relationship with the EU, Russia would be a major threat.