A Thread that Comes Close, but Never Wins. Yes, it's the Spursy Thread

Saw there was the Spursy thread missing. If someone wants to edit the thread name, do it!

Anyway, here’s their All or Nothing online/free in very good quality if someone wants to watch it. I’m going onto episode 4 now. 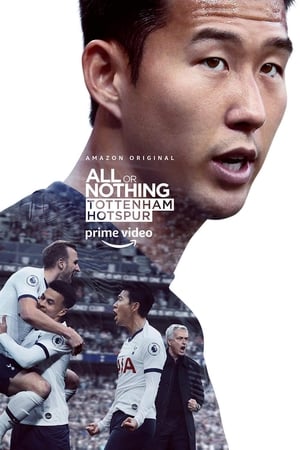 Shouldn’t this be in the Pitch Side Football thread???

Your likely right, but no, I’m not worried for them - they are generally a bunch of cunts so will be funny as fuck to see

I’m really worried for them.

I would find it fucking hilarious.

Get rid of a manager who has built the team up to Champions League finalists and replace him with a preening, arrogant prick? Build your team around a knuckle-dragging diver? Ostracise various good players for nothing?

They’ll hopefully get what they deserve. Cocks in more ways than one.

I’ve got friends who are Spurs fans, so I’m a bit worried.

I still see him rocking up at Utd eventually. At some point the penny is going to drop that Ole is absolute shite, and the job looks set up for him.

Yeah I can see it at some point, I’m kind of not bothered about him as much as I was his treatment of rushing his players back as well as the stuff around concussion makes me wary of him.

He would be ok but not amazing.

To be perfectly honest, I see Spurs getting ripen or rotten for some Arab, Russian or Chinese to pluck it.

Had to chuckle during the doc episode I watched last night. It was the January transfer window, and the head of recruitment was spouting off about how it’s much easier to sign good players now than it used to be, thanks to the high profile the club has built over the past five years.

Couldn’t help thinking: “So, why the fuck did you sack the guy responsible for that?”

I can’t believe I am about to say this…aside from enjoying Mou’s personality, my perception of Levy is also changing a bit. I don’t know if he’s just doing it for the cameras, but he genuinely wants the best for his Club. He was personally very active in the January transfer window, trying to move Eriksen on, in addition to acquiring players to improve the quality of his side. Also I’m somewhat impressed with his open door availability to the players without actually meddling in Mou’s day-to-day.

My perception of Mourinho has changed somewhat, having watched the first 5 episodes. But I think Levy is a snake and doing it for the cameras.

My opinion of Jose hasn’t really changed. As I’ve said on occasion in the past, away from a team he’s managing he can come across well, clearly a very intelligent man who is quite capable of being charming. I’ve also seen enough anecdotes down the years about small acts of kindness away from the cameras for me to believe he’s genuinely like that.

He is also, demonstrated by his first spell at Chelsea in particular, adept at getting players onside.

However, Mourinho the manager has become poison to clubs and generally leaves them a broke, smoking ruin by the time he leaves. The documentary will have been cleared from the Spurs end before being broadcast, and I’m finding it quite interesting that, after 5 episodes, we still haven’t seen the very public chucking-under-a-bus of Ndombele… in fact, I can’t even remember Ndombele appearing on screen.

And you can see how players get burned out on his approach after a few years of it and constantly being told to be ‘cunts’ and ‘bastards’, and it was particularly amusing to see him turn mild, unassuming Son into Vinnie Jones after a few team meetings.

He really is an enigma, but I still feel about him like I already did, away from competitive football he can be a nice, charming guy. But I wouldn’t want him within a mile of managing my club.

I think part is that people are just wise to his game. At his best he emotionally manipulated his players into the response he wanted. The more we see the cycle play out and more familiar people are with what he does, the less of an effect it has. I’d imagine the number of people who thought he truly had a problem with the Chelsea doctor and failed to see it as the very transparent misdirection for a terrible performance was very close to 0. And that was what, 8 years and 2 sackings ago?

I think JM has come across really good in it I must say.

I do love these All Or Nothing series.

So much better that the “Being Liverpool” or whatever it was called.

Having said that I think BR came across terribly in that. The whole envelope with players names in… well I just didn’t get that at all

He lost his dad and he hasn’t seemed the same as a manager since, also think he hasn’t changed as a manager, others adapt and change but he hasn’t.

As much as I’d love to see and hear what goes on behind the scenes in the ‘day to day’ of our Club I can’t ever seeing The Boss agree to be featured in something like this. He cherishes the relationships he has with each of his players and I can’t ever see him agreeing to put that on camera and exploit for public consumption in the name of entertainment. IMO Jürgen values those relationships as sacred.

In yesterday’s game Son has the ball on a counter attack and Kane makes a run through the middle angled out to left of the box. Son uses him as a dummy run and lays in to Alli has had a shot well saved.

Kane then turns round fuming that he didn’t get the pass. At no point in his run was he the correct option to pass to.

Just wanted to highlight how greedy he is.