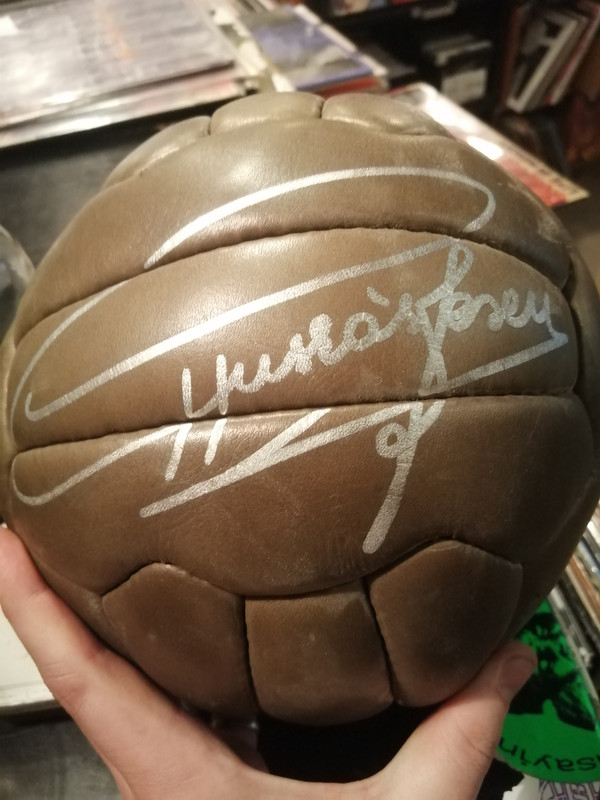 Found this in a record shop in Copenhagen. Nobody has any ideas whose signature it is, so naturally I turn to the Table of Knowledge that is TAN. Anyone have any ideas?

(The ever reclusive and recently deceased owner of the record shop is from Aarhus, so it might be some shite Danish player none of us would possibly recognise).

The ‘Casey’ looks to be about 60yrs old so that might be a clue…!

The ‘Casey’ looks to be about 60yrs old so that might be a clue…!

With a non-faded metallic ink signature?

that character that looks like a f in cursive, but also looks like something else I’ve seen before but cannot recognize from a germanic language.

Might be the ball has some significance to the signer… and it might have been kept in a glass case ever since to maintain its lustre and to hold some value at a later date.!
Can’t make the name out so I guess I am looking for other clues

Yes, the grave accent over the a or o as well

Danes have ø, æ and å (Ø, Æ, Å), if that helps anyone. Still no guarantee it’s a Danish name, of course, but I appreciate the effort, lads.

We have a winner.

(Bastard saw this thread before I did.

Yep. That’s the one. If you’re ever in dreary old Copenhagen, stop by Route 66 record shop and claim your prize (could be anything tbh). Cheers!

Find many great new & used options and get the best deals for Memorial card for mourning ceremonies of Ferenc Puskas Hungary, Real Madrid at the best online prices at eBay! Free shipping for many products!

How do you go about verifying these things? Just out of curiosity, like.

I just stroke my beard and look pensive.

I still have no idea how you figured it out?!

Ha…Okay
a) First the type of leather casey (ball) put an age as late 50’s into the 60’s…
b) In those days not everyone’s autograph was in demand… That left the well known footballers of the era…(which were few in those days).
c) The world cup tournaments in the 50’s early 60’s determined who these star players were
(1954 - 1958 - 1962) so he had to have played in at least one of them.
d) Some foreign countries/candidates sign their surname first and Christian name last.
e) Match the surname with the first name on the ball… Hey Presto.! Easy Peasy :0))

If the relevance of that particular ball (goal scored, match game etc) could be determined, it could be worth a pretty penny.!

Ha not sure I could be categorised in his league…
It did take me 45mins to solve.!! 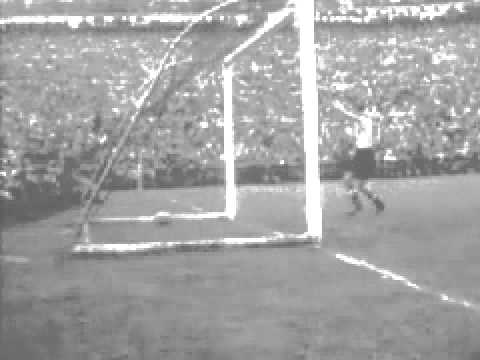 Looks very much like the leather casey in question.! :0)