Thread for the German Bundesliga. Hope it’ll be different than the usual Bayern dominating and winning at the end.

Bayern seems to have strengthened with Sane signed in, him and Gnabry on wings could be a dangerous long term prospect. It’ll be interesting how with the current crop of players, who have won the treble and had a record breaking season would keep the same levels.

I am however so impressed by Haaland. He makes scoring goals so easy! For me he made the right step up with Dortmund. I’ll be worried if he signs for some PL club. 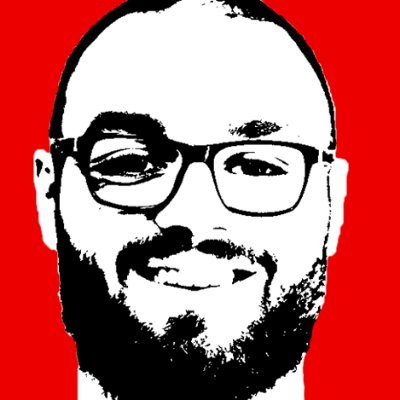 When defenders go to sleep, they check under their bed for Erling Braut Haaland https://t.co/4heq8hPBNg
1 Like
ZinedineBiscan 8 September 2020 16:18 #3

Considering how key Robben and Ribery were to Bayern for so long, I’m actually quite impressed at how easily they seem to have replaced them.

Haaland looks well on the way to becoming on the greats of the game. I guess the challenge for him is going to be longevity - having hit the scene so young, will he be able to sustain it into his mid to late-20s?

Is there any possibility of a team, other than Munich, winning the league in foreseeable future???

Is there any possibility of a team, other than Munich, winning the league in foreseeable future???

It feels like that ship has sailed. Bayern had a bit of a transitional period losing Pep, Ribery and Robben and then maintaining an ageing core, and you’d think that was the best time for someone to catch them. They look like they’ve finally got through that now though and look set for the next few years. If you think about weaknesses, maybe if Lewa all of a sudden gets old and they struggle for a reliable source of goals? If Neuer gets injured?

Actually took them a bit of time, I think the transition from Robben & Ribery to something new was a bit slow. They were a bit stuck in the mud for a little while. But now with Sane, Gnabry and Coman backing up as third option, things are looking good on the sides again.

You’d have to think that if a challenge is to come from anywhere it will be Dortmund, having a settled Haaland up front for an entire season supported by Sancho, who now looks likely to remain at least another year. But even so it’s hard to see them overtaking a totally dominant Bayern.

In selling Werner, RBL are probably looking at falling down the table a bit as well.

You are right. Dortmund are the second best team. But they are good enough just for that, being second. I wonder if any club even tries to dethrone Munich.

As much as I’d love to see it, no chance Bayern get knocked off anytime soon and zero chance of it this season. Dortmund will challenge, Leipzig and Gladbach will still be in the conversation but Bayern will cruise down the run-in. Unless something catastrophic happens with injuries, even that is a long shot with their depth.

And then Braunschweig goes back up 4-3. Lol

Giving up 5 goals to Braunschweig is never good. Hertha need to come get Grujić to shore up their midfield.

While that is a nice step in the right direction , it will be exclusively season ticket holders and there’s a catch with this.
ST holders are predominantly older North terrace sitters , what will create an atmosphere like watching a mediocre tennis match. No singing or other encouraging support to be had from them.

I’m wondering if the pandemic will change the dynamics of the sport for good , considering the plague will carry on into at least the middle of next year…

Okay, first, how old are those fans??? Considering older people are more vulnerable to Corona, wouldn’t it create a health problem???

Fans are fans. 8500 is a pretty handy crowd to give the team a boost. I mean, something is better than nothing.

Fans are fans. 8500 is a pretty handy crowd to give the team a boost. I mean, something is better than nothing.

While I agree in principle , I do know my ST holder crowd!

There’s not going to be any loud support from them , therefor I brought up the tennis vibe.
They are basicly moaners and applauders. But better than nothing I guess…

The hygene concept is described as very thorough and elaborate - no details yet. I will know on Saturday.

There’s not going to be any loud support from them , therefor I brought up the tennis vibe.
They are basicly moaners and applauders. But better than nothing I guess…

None beats the City crowd

I guess if the experiment succeeds and there’s no second wave, younger fans would soon follow.

A goal for Bellingham on his Dortmund debut, adding to Sancho’s earlier penalty.

It’s a fascinating team these days - Sancho, Bellingham, Reyna, Haland. The likes of Brandt, Dahoud, and Ajkani are old men in comparison.

From the article on Thiago:

What does this mean for Bayern’s transfer strategy?

Raphael Honigstein, German football correspondent: The European champions will not look to replace the playmaker in this window — they have more pressing needs on the flanks and the right-back position. Bayern will look to reinvest the proceeds from Thiago’s sale in the coming weeks.

Joshua Kimmich and Leon Goretzka will be first choice in central midfield, with French duo Corentin Tolisso and Michael Cuisance as back-ups.

Good luck to Bayern with that central midfield, I’m not convinced it will be enough in terms of quality in depth.

Sane starting on the left.