Why the FCUK are United spoken of first??? Anyway, seems straightforward: 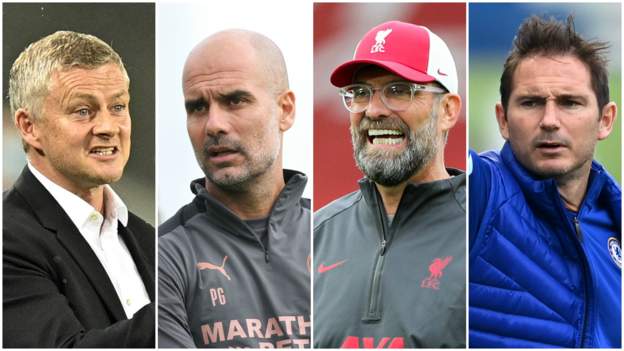 Ajax and Atalanta will both be tough. Not an easy draw at all, but the you don’t really expect easy in the champions league and we should be heavy favorites top the group.

Ajax might be a good side but better to draw them than Atletico Madrid, Barcelona or Borussia Dortmund.

Couldn’t find the right one! Thought it was odd there was no coverage…

Why the FCUK are United spoken of first??? Anyway, seems straightforward:

We’ll walk it. What’s the date for the Midtjylland away?

Atalanta are really good these days but Ajax aren’t anything like they were 2 years ago.

Presumably the BBC are getting in as much coverage of United in the Champions League whilst they’re still in it.

Midtjylland are everything but small minnows we’ll walk over at will. They are utterly dangerous. Atalanta is an excellent side as we know already, and with Ajax, one never really knows. With all the top players they have sold recently, they should be in a transition phase, but then again, they are always able to draw super-talents out of their hat at any given moment in time.

All in all, I’m very satisfied with this draw. Not that it will be easy, on the contrary. But it’s new high-quality teams we will play against. Looking forward to it!

Not that it makes a difference, but how do City always get draws like that?

We will obviously make extremely hard work from our draw.

Utd will be in Europa league, and maybe Chelsea as well.

I think it’s a very decent draw club wise and could have been worse,we also get very little travel with them all being pretty close aswell,Italy,Holland and Denmark,atleast we don’t have to go to Russia,Greece or Turkey.

I think we got a bit of a banana skin draw - on paper we SHOULD walk it , but the slip-up is in the danger of underestimating any of them.

Still better then meeting e.g. Ajax in the knockouts since they might be single matches again when the pandemic is back with a vengence…

Decent draw. Atalanta dangerous. Ajax less than what they were, but with such an academy system who knows, we might be about to see a few new stars take their first steps? Midtjylland don’t know about, but teams from those leagues usually well organized.

I think we will go through, but obviously we have to turn up. It might be important to get off to a fast start, ditto the Prem, due to uncertainty over how long it will all last again before another possible shutdown.

As someone said above, I like the idea of playing some new teams in Europe. Freshens it up.

Man City should have no problems going through. They will win a few headlines at first before they get knocked out again when the the trophy almost starts to come into view.

Man Utd are touch and go. I think they will be back in the Europa as third place finisher.

Can we merge this with the other thread on Champions League???