FIFA - All that’s wrong with football

To seperate from the football itself, just wanted to start a flag about FIFA given they are destroying the game with corruption.

Here is the latest from BBC 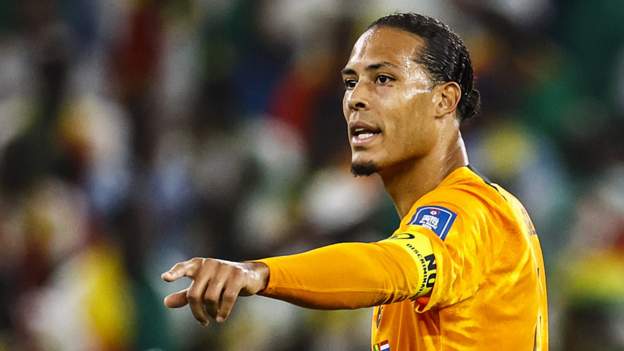 Netherlands captain Virgil van Dijk hits back at criticism of European teams for deciding not to wear the OneLove armband at the World Cup.

Also on Tuesday, the media director of the German football federation (DFB), Steffen Simon, said the seven nations were faced with “extreme blackmail”, leading them to drop their OneLove armband plans.

He told German Deutschlandfunk radio: “The tournament director went to the English team and talked about multiple rule violations and threatened massive sporting sanctions without specifying what these would be.”

Simon said the other six teams then decided to “show solidarity” with England.

“We were in an extreme situation, in an extreme blackmail and we thought we had to take that decision without wanting to do so,” he said, later adding: “I can understand the disappointment. We had the choice between the plague and cholera.”

In Germany, supermarket chain Rewe has suspended its advertising deal with the DFB in a bid to distance itself from Fifa.

Rewe had already told the DFB in October it was ending its partnership but has now done so “with immediate effect” because of Fifa’s “unacceptable scandalous attitude”.

“We stand up for diversity - and football is also diversity. We live this position and we defend it,” said Rewe Group chief executive Lionel Souque

“I play in a position where a yellow card is not useful. I became a football player and I want to play these kind of tournaments,” Van Dijk told Dutch broadcaster NOS.

"There are people who say we don’t have a backbone, but that’s not how it works.

“We just want to play football. I would have loved to play with that band, but not at the expense of a yellow card.”

FIFA are the real enemy but, I’m sorry, that’s not good enough for me Virgil. This was a chance to make a positive statement when the eyes of the world were on football. FIFA called the bluff of players and the FAs through intimidation, making it an opportunity for an even stronger statement… but they folded. 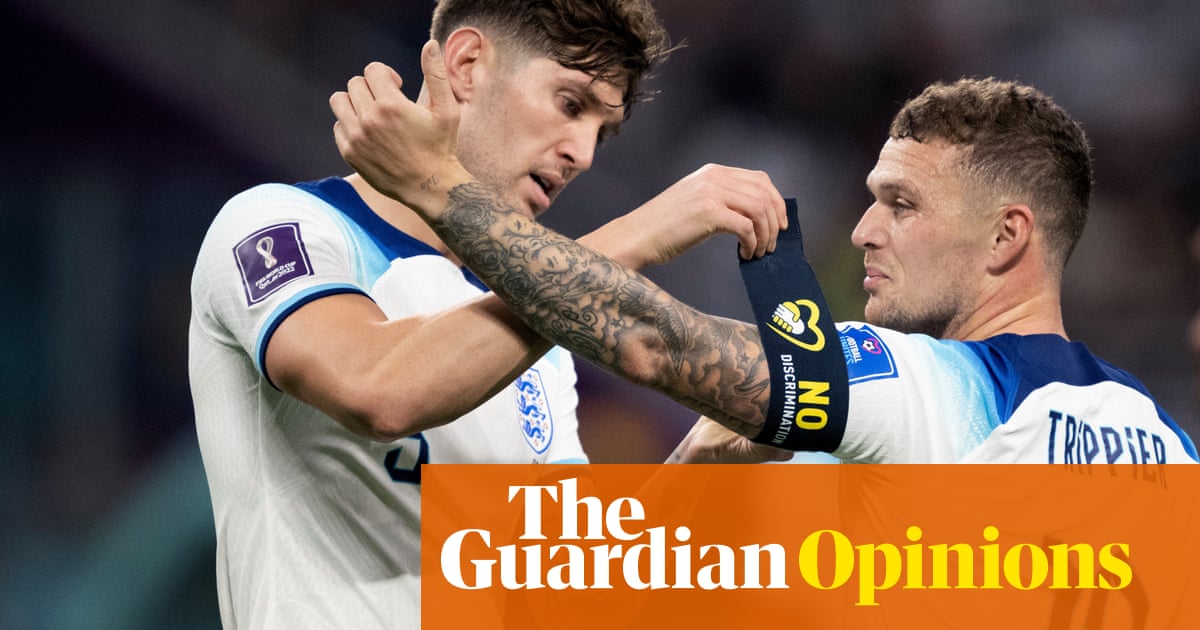 England’s armband activism was heroic – until it met the mere threat of a...

Vague, hashtag-friendly and easy to take off: the OneLove armband was the perfect non-protest for the Qatar World Cup, says Guardian columnist Marina Hyde 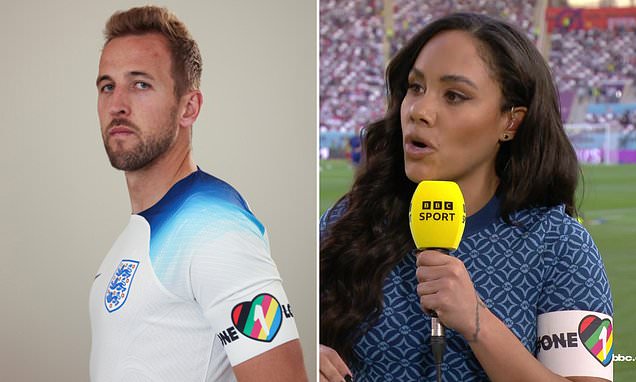 'The tournament director went to the English team and talked about multiple rule violations and threatened with massive sporting sanctions without specifying what these would be,' German FA said

Thing is 7 teams do it and probably more join to show solidarity what are they going do?

There is a reason why FIFA hate UEFA because it has power, I assume the US, Canada and Australia would also join in.

It’s poor and it looks even worse when compared to what the Iranian national team did.

FIFA are incredibly homophobic and Infantino is a major issue a man who is a friend of dictators, after all

FIFA keeps going on about politics, Human rights should not mix in sport, the Qatari Captain wore the free Palestine armband, FIFA banned Russia from the 2022 World Cup, but refused to kick Iran out of the World Cup.
It would have been a huge gesture in this unusual World Cup, if the teams defied FIFA and wore the OneLove armband. Iranian national team defied their government by refusing to sing the national anthem, which could put their lives in danger when they return to Iran. Also, Iranians in the stadium had placards ’ Women, Life, Freedom.

There isn’t an institution or person strong enough to challenge FIFA. I like Derecho’s idea, if all fans banned FIFA internationally and maybe footballers in the national team refuse to play any games under the juristriction of FIFA 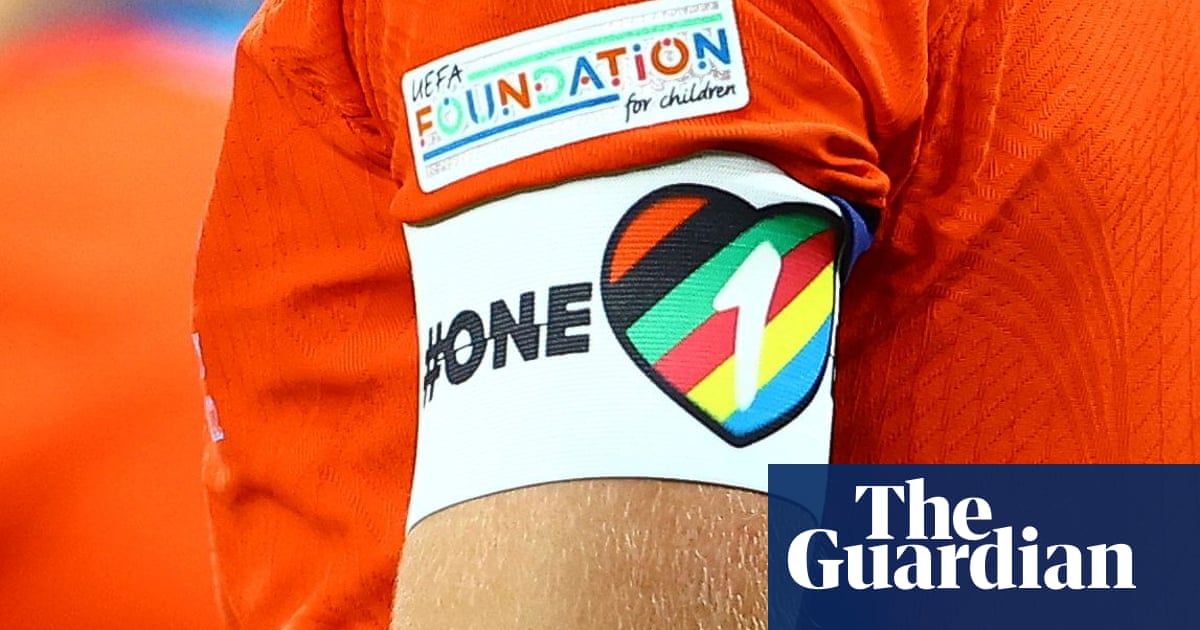 FIFA had nothing to say about this blatantly political act: 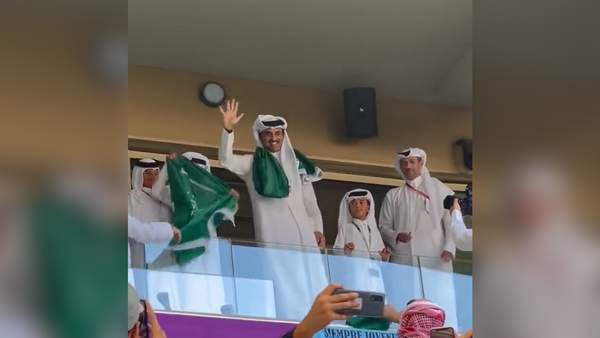 Infantino is a major issue

The man who wanted to inflict this cesspit of an event on us every two years. I’m not just not watching this WC, I’m never fucking watching another one ever again.

Just saw him on the news with MBS , both all smiles. Sickening.

On a lighter note: 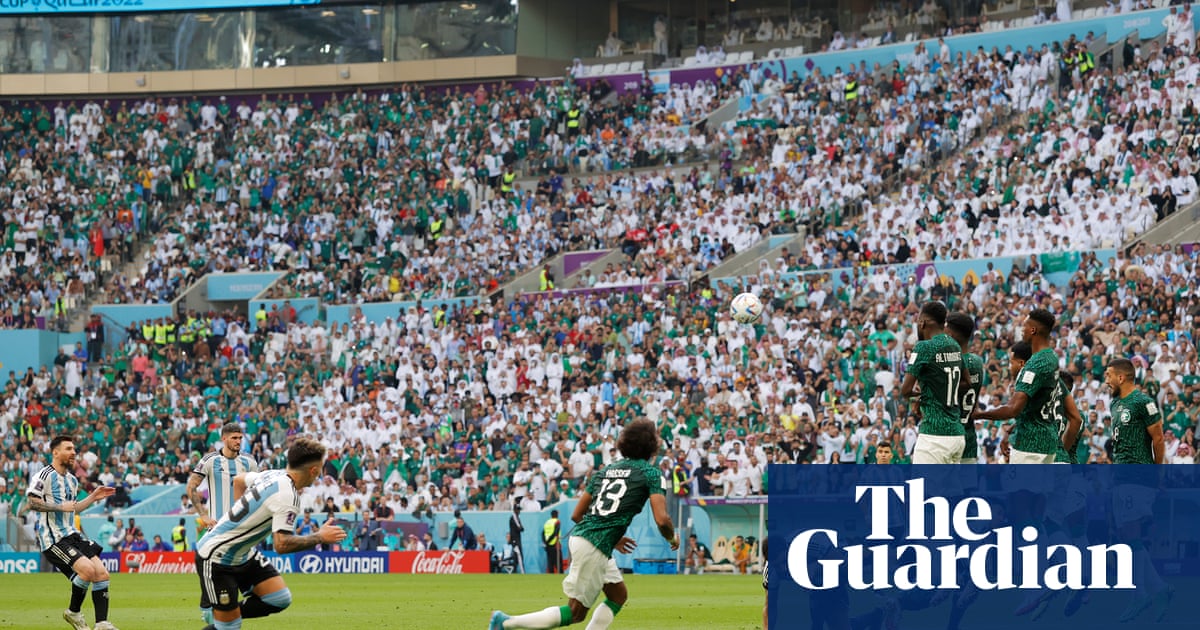 As if by magic: Qatar World Cup stadium capacities grow by 12% overnight

Why they feel the need to lie about this I don’t know. They realize everyone can see the empty seats right?

Yeah it’s the most baffling aspect of it all really.

It’s not even that they are claiming they are full capacity the fact they continue to over estimate by 1,000s is making it even more laughable.

Even Putin always gives it 10% in his elections.

A bit more about the German DFB’s troubles and the REWE supermarket pulling their sponsorship.

I have to say that the enthusiasm for the whole WC in Germany is rock bottom. I’ve seen few flags or promotions and our local Getränkemarkt doesn’t appear to have any promotions tied in to the competition. I mean they have tonnes of non-WC offers, it’s as if they overstocked on beer.

I’d that like the Lynx effect, except that all the women are in burqas?

It’s the same in France. I noticed it today , just a token display for the national team whereas normally it’s plastered all over the store.