From the looks of it, greed is the driving force behind most of the important changes as Infantino and his ilk are looking to cram even more matches into the football calendar. 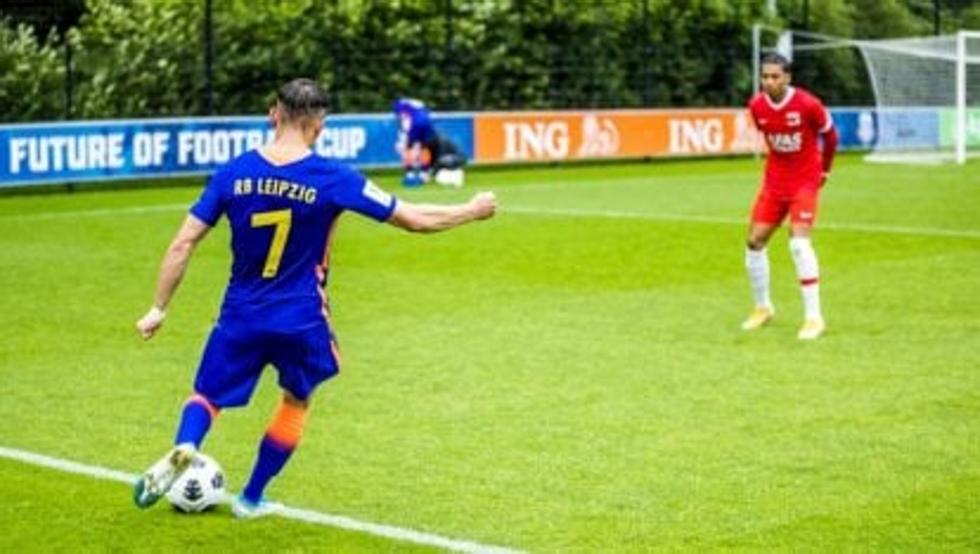 You know that whatever they propose will be for economic rather than sporting reasons.

I’d like slightly higher goals to encourage more spectacular long shots and a sin bin system 10 or 15 mins instead of straight red cards.

I’d like any goal scored by a club from Manchester to be disallowed automatically.

I wonder if the awful reaction to the ESL has emboldened FIFA somewhat. I was strongly opposed to the ESL, as I am these changes, but it seems inevitable that the game is going to eat itself one way or another when the administrative bodies’ only concern is capital.

So basically they want to turn it into an American football game.

Well, I haven’t that much of an issue with FIFA trying things at a youth tournament. But I have heavy doubts about these changes.

The strangest one is unlimited subs. Imagine how the games will be slowed down with all the changes. This isn’t ice-hockey, it will take far more time. And of course, shrewd coaches will make the most of it in order to slow down games even more if needed.

The 2x30 minutes effective time is clearly in order to move the game towards american sports, allowing TV channels to put in advertisements at every break. This is an economical ploy, something which should be fought against with all means. At a youth tournament, it’s ok, but not at televised high level.

No opinion on kick-ins. Not really needed I think.

The five-minute suspension is interesting in theory, but thinking about it, it’s not needed. Again, this isn’t ice-hockey, and being one man down for a few minutes isn’t as punishing in football. It will lead to phases of purely defensive football by the team reduced to ten men, and as such, the risk is that it will slow down the game. Combined with the unlimited changes rule, it’s a recipe for disaster.

Bottom-line: don’t change anything, but try by all means to improve refereeing and consistency regarding their decisions. That’s the biggest problem we have in the game right now imo, along with far too much money poisoning it from the inside.

I haven’t read the article but FIFA can’t make these changes without the agreement of the IFAB can they? I can’t imagine most of these will be signed off by the home nations.

Unlimited subs is ridiculous and would further strengthen the richest clubs. It would make a mockery of the whole game.

Time for some of the FAs to tell FIFA to feck off. Increasingly feels like there is not much to lose. Done right, one big country being willing to miss one world cup and have clubs banned from competition for a few years could precipitate the death of FIFA.

I haven’t read the article but FIFA can’t make these changes without the agreement of the IFAB can they? I can’t imagine most of these will be signed off by the home nations.

“The Future of Football Cup tournament is being the test bed of various measures that could revolutionize the world of football in the still distant future. Although in the first instance it was circulated through social networks that FIFA sponsored the tests, as Mundo Deportivo has learned, the youth category tournament does not have the support of the international body.”

“At the end, FIFA will evaluate the impact of these changes on the tournament and will assess whether to raise any at a formal request to the International Board, which is the body that sets the rules of the game worldwide.”

This would be the actual death of football for me, even two of those changes would put me over the edge. I can’t believe I am actually yearning for Blatter’s return. There really should be restrictions on how long a FIFA president can hold the position for, that’s the only revolutionary change I want to see.

Perez also discussed 30 minute halves. As a rich 75 year old, he understands better than most how young people consume football; they get on the YouTube and watch 5 minute clips of their favourite players. They don’t want to watch 90 minutes of football. Nothing to do with being priced out of not only the stadia but also the sports packages.

Why does the world seem to be full of nincompoops?

Why wait to read and find out anything…I"M OUTRAGED!!! How very dare they do this to football. We are playing two short games this week no? Kick ins instead of throw ins was tried years back in the english non leagues.But still fuming!

Changed it it might make more sense now.
I was just posting something so I would come back to this thread. I have an electrical problem with my car so my brain is frazzled.

as well as not having the time to concentrate when on the forum, sorry.

Time for some of the FAs to tell FIFA to feck off. Increasingly feels like there is not much to lose. Done right, one big country being willing to miss one world cup and have clubs banned from competition for a few years could precipitate the death of FIFA.

That should be happening anyway for World Cup 2022. 6500 migrant worker deaths so far. Any self-respecting national federation should want no part of this blood bath.