Pakistan is probably one of the few countries that I can recall where the army establishment rules the civilian govt and not the other way around. That’s what makes them so dangerous. The army establishment has had close links to the US govt for more than 50 years now…

But as far as Pak Govt is concerned, the best leader among recent times has been Musharaff , which really speaks volumes of the how disastrous the civilian govts have been (Im the Dim being the latest example)

And you can expect some terrorist attacks to happen in India right now once the Pak Army’s got the power back. Goes without saying.

Ironic though considering that Im the Dim was pretty much an army stooge.

I think we’ve had one fight already in this thread. So let that be guys. 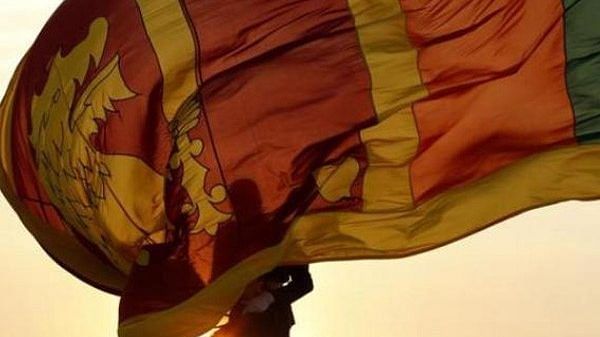 The Rajapaksa government should have shelved some of the China-funded infrastructure projects, which were high on debt servicing and low on revenue earnings.

One possible reason why they are in the shits right now. 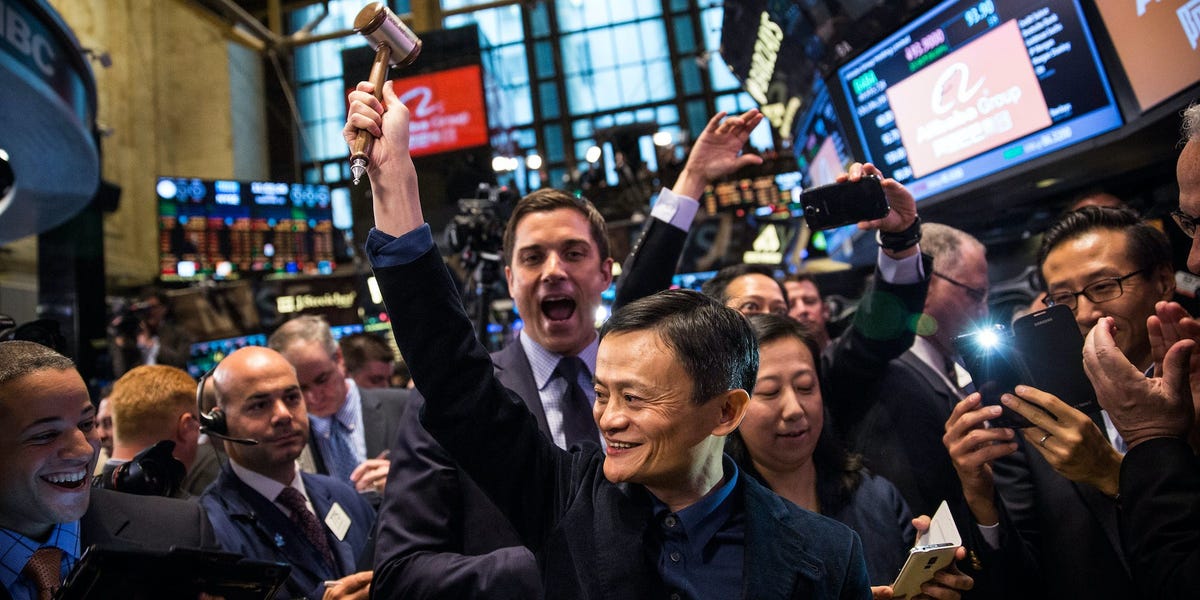 The SEC can delist Chinese companies if for three straight years they do not allow a US accounting firm to conduct an audit of their financials.

This is huge. Potentially US trying to wean China away from the Russian axis. 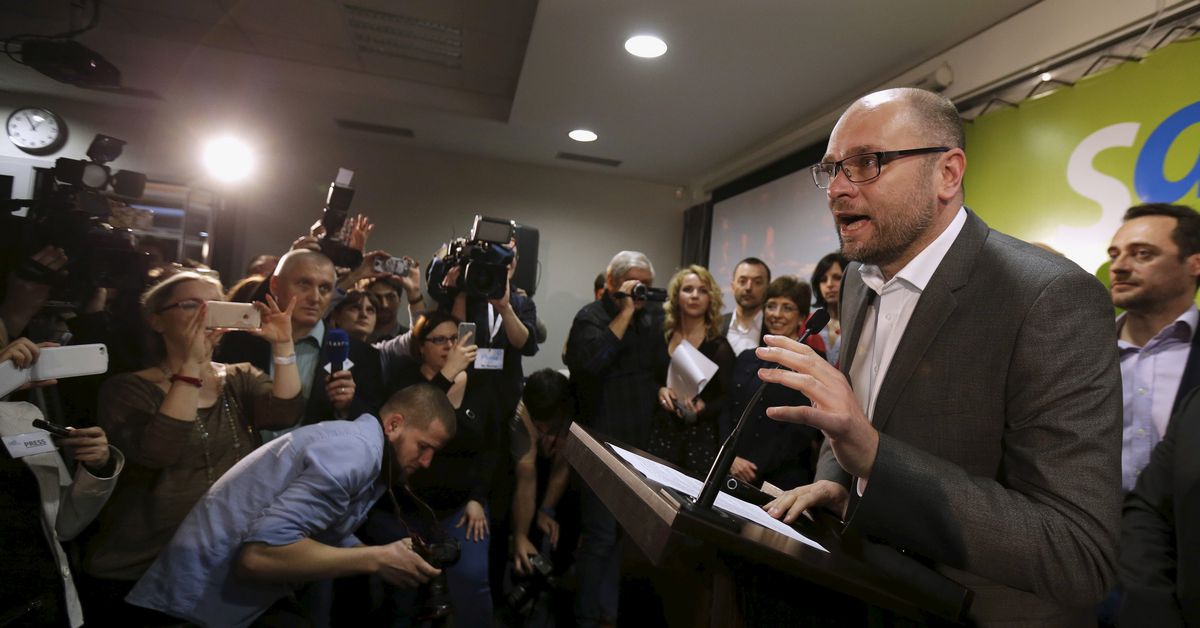 The economy minister of Slovakia, which relies on Russian gas for around 85% of its demand, said the country could not be cut off from Russian gas flows and if it had to pay in roubles it would, although it backed taking a common European Union...

(for second round vote vs Macron)

Falling standard of living and having tried one thing go to the next I presume.
It’s really a pre-election protest that goes on every Presidential. I’m pretty sure Macron will win comfortably the second tour having had his warning that the media will not forget.
tbh I haven’t been following much and you post caught me off guard but such things don’t surprise me anymore. It’s the French way. In any case if my familly vote it will be for Lassalle. He speaks slowly and noone understands what he says well not here where I live which makes him intrigueing.

Do you think this is like a ‘Trump-Hillary’ situation where people got sick of a candidate who talks alot of ideals but might not execute as much and people start voting for an alternative, even if that alternative is crazy?

Wow! Can I ask you what your impression of Macron is?
I know the Macron in France, not this ‘world stage’ one you seem to be alluding to.

I don’t know, that’s why I am asking because it seem strange that Le Pen is enjoying such a high percentage even if it’s just a initial poll

Yet I explained it from my POV above.
I will try and spell it out, Le Pen won’t get more than 25% in any second tour against any viable opponent imo.
This happens every Presidential it’s a protest that will not be carried through a short sharp shock which forces some concessions.
Macron from what I can gather hasn’t fallen under 25% of the popular vote, that’s hook line and sinker territory.
Macron is a very stable guy and intelligent to go with it, I don’t like his policies he’s like a Tory without the historical bullshit wishing for times gone by. I presume what you see is him on the international stage yet every French President is the same here it’s like a pantomime where France has to appear important and as long as it does the French are happy (forget the details). Like Hollande and his intervention in Mali which was extremely successful yet noone remembers it (except me). Macron with the Aussie submarine fiasco, it’s dead and buried after Macron made it clear that the Aussie PM is a ‘pauvre con’.

There is a danger, standards of living are falling and that will cause back lashes in the future however we all know Macron will give us more than Le Pen as he actually understands how the economy works.

The situation in Srilanka has gone especially dire btw.

They’ve fallen into the chinese debt trap cycle. Borrowing from Chinese banks to pay the loans due to China.

There were plenty of cases of this happening and the srilankan leaders didn’t pay any attention.

This details the fuel prices.

While a $1.34 price per liter might not be too expensive for other countries, It equates to 117 INR which then effects the prices of the essential commodities. India is a place where the taxation on fuel is pretty high as well , and that only increases the problem.

This is regardless of the Ukraine Russia conflict btw and the prices of fuel have been steadily increasing ever since Modi took over and now this conflict has increased the prices even more. The worst part is that the prices do not come down when the fuel prices come back to normal.

I am not sure who the Hillary is in a comparison between Le Pen and Macron considering one is Far-Right and the other is Centre-Right, but most people vote strategically in the first round to set up the second round to have a divisive figure like MLP running against their ideal candidate on the other side. The winner of the second round is often whoever is the least shit. All these shenanigans means you should take any first round results with a pinch of salt.

I will lol if I ever see someone actually get a majority in the first round because of this. Maybe not if the majority holder is Le Pen…

I agree and neither are the IMF bailouts for that matter 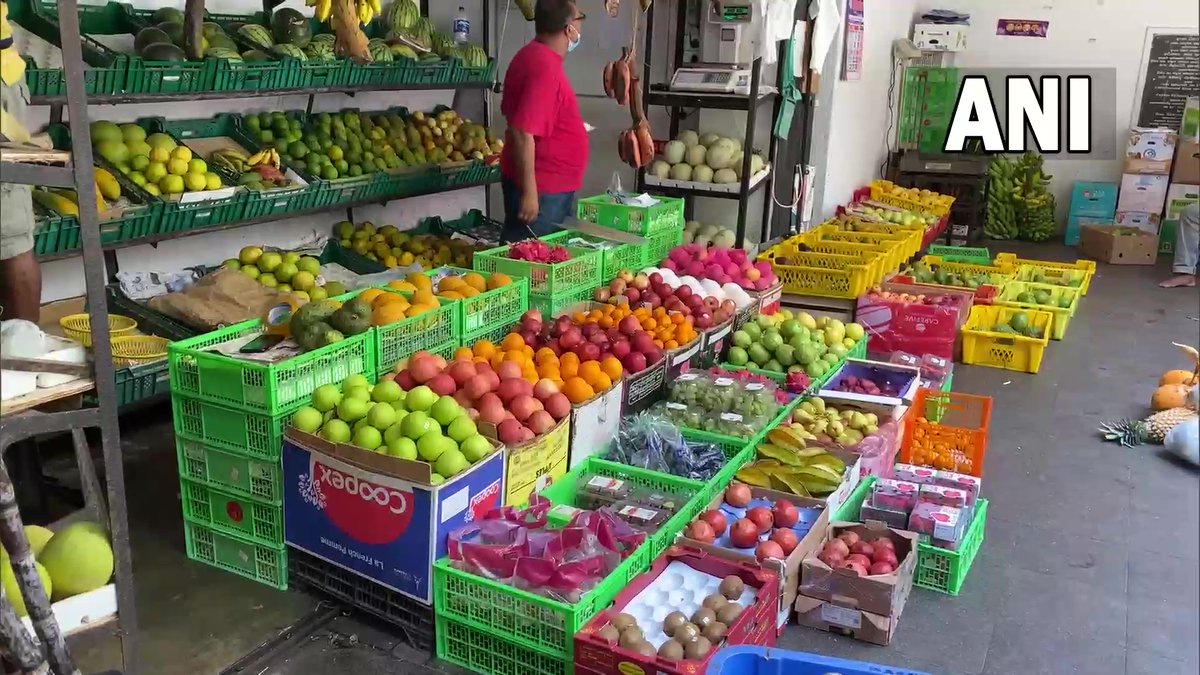 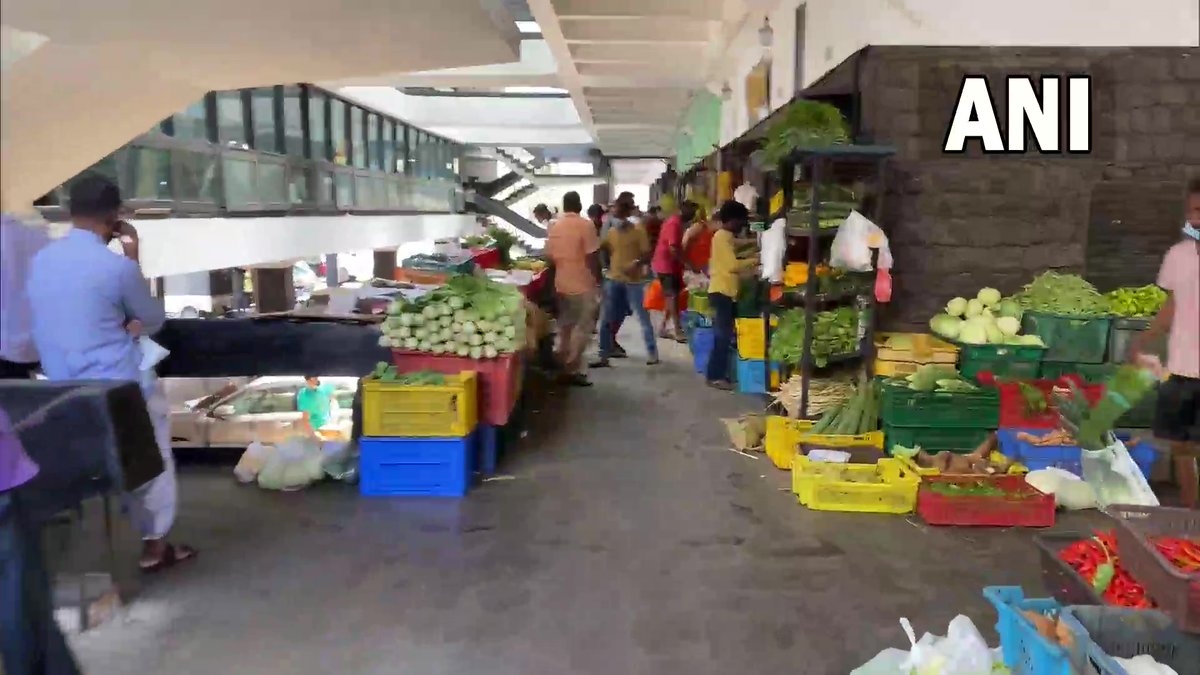 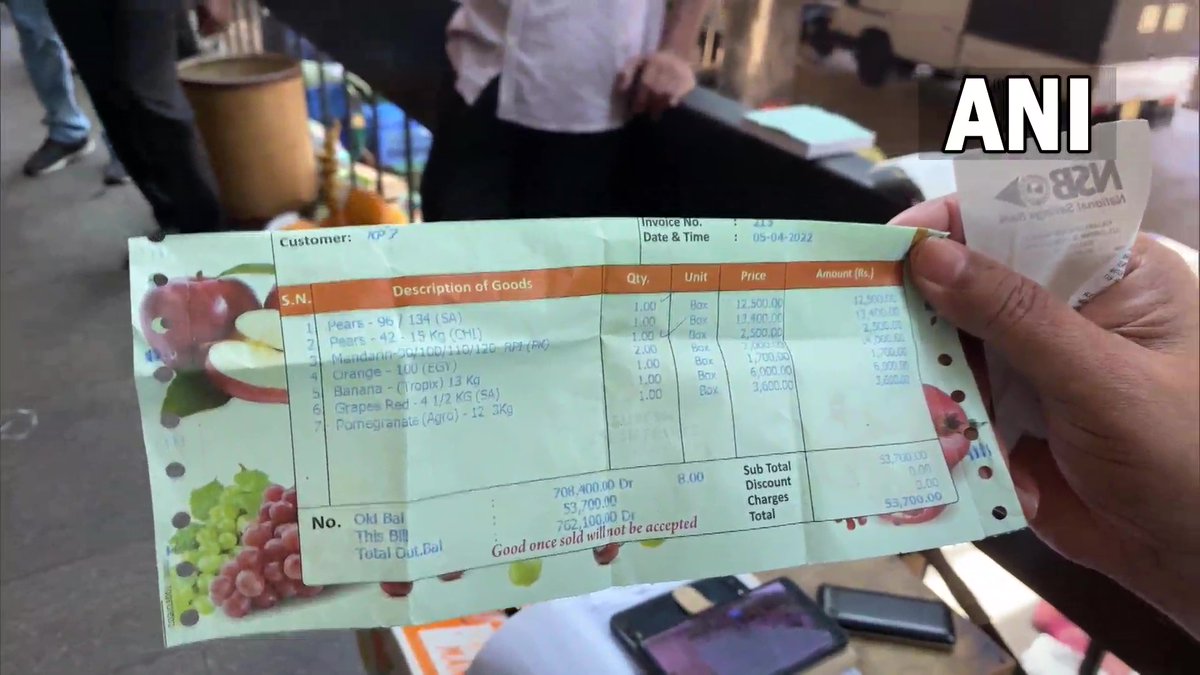 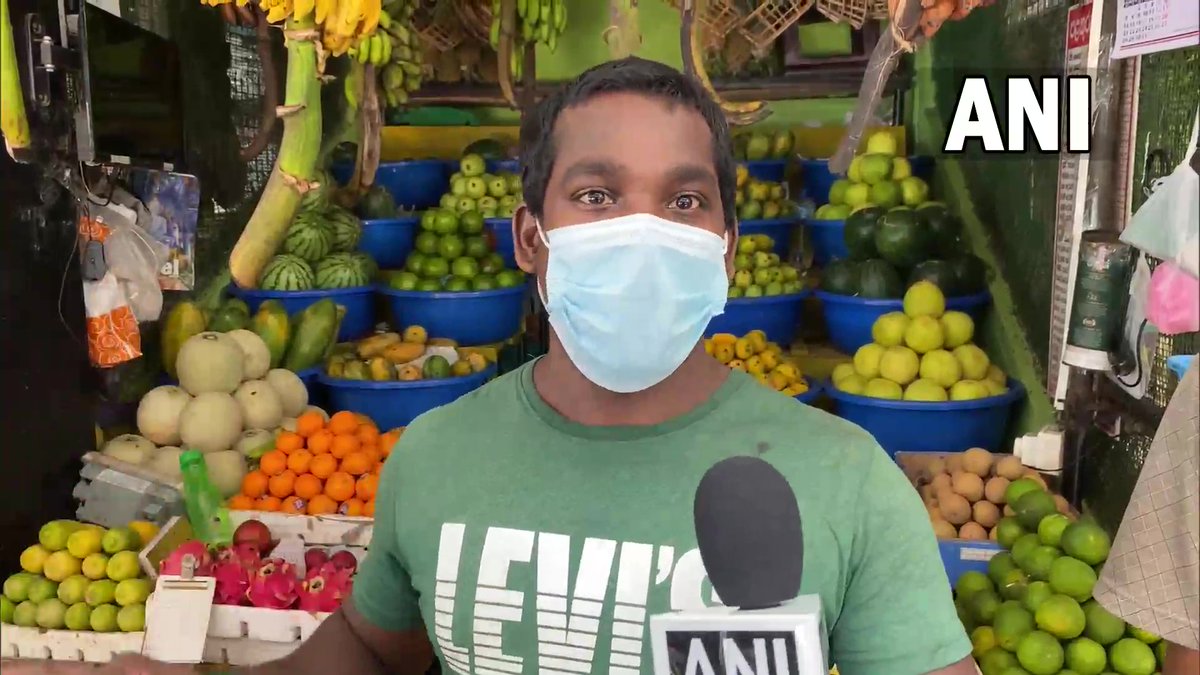 To give a context to the prices compared to India. 1 Srilankan rupee is 0.25 INR

Apples at the equivalent of 250 INR per KG is about 7 times the price of apples per KG in India. This is a major economic disaster

Just a couple of days ago the Turkish MFA issued a statement claiming that the Greek islands have to be demilitarized and that they pose a threat to Turkey. Ring a bell?

The American response yesterday was to do an 180 and push forward the sale of F-16s to Turkey, something which had refused to do so for years on account of the latter’s purchase of Russian S-400 air defence systems. Apparently the Biden administration believes that by selling new fighters to Erdogan, they are going to keep Turkey in the fold. A country that has proven repeatedly to be an untrustworthy and unreliable partner. A country that is the sole NATO member not to impose sanctions on Russia. A country that is far more likely to employ their new jets against Greece and destroy NATO’s Southeastern wing. They are essentially rewarding Erdogan for going rogue and fucking over their most loyal ally in the region. Again.

I apologize for the rant but it couldn’t be helped.