The ukraine war thread is being derailed by other political discussions. Relevant or not.

Hopefully this thread can be used for any political discussions 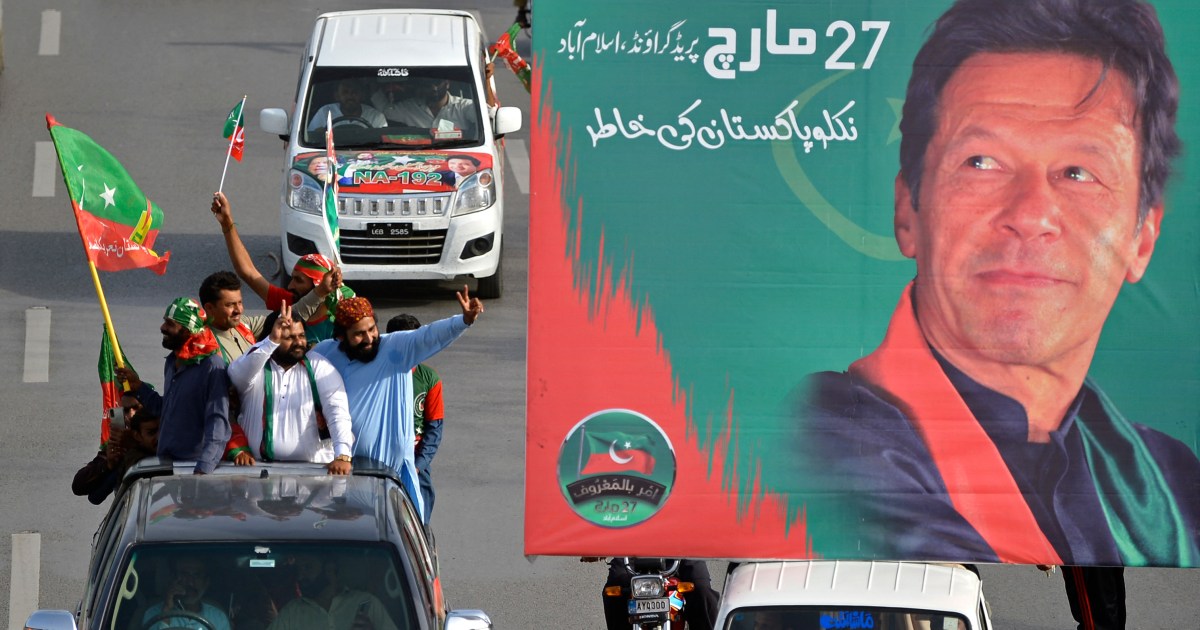 Army rule i expect. Not that IK was anything but a stooge

Yes, this is what is happening now. Negotiations already underway with the Emirates. Lots of deals that I won’t like will have to be made because it is a situation in extremis. Agree. This is true. I can only agree and I think I know now without reading the rest of the bullet points where this is going. I think gas is the main issue far more than oil, but fair enough. I note that India imports currently 2 percent of oil from Russia. There is more than enough oil though. We won’t see…

So coming back to this topic @Magnus

. If one is neutral, one accepts what Russia is doing by default and so should be criticized.

Again. You are not looking at the realities, There are things that entities have to do to ensure their subject’s livelihood etc. You continue to see things in black and white. India cannot do anymore than this. India’s reality is that they’ve to import more than 85% of their fuel and gas to ensure that their population is taken care of.

Your point on isolating Russia is well noted, however, what India is purchasing is but a very small amount of what their total purchases. Payments are likely to be settled in rupee pegged to dollar

This by itself means that the trade isn’t happening to Russian terms.

I believe there is no room for neutrality in this conflict, it is far too significant. If one is neutral, one accepts what Russia is doing by default and so should be criticised.

Okay, so the next time China attacks India ( including the existing Galwan standoff, Please go ahead and sanction China , Not buy their goods and electronics etc etc. Because there is no room for neutrality in this ). Your stance on this should mirror what’s happening at the other side of the world as well…

With all due respect, that incident was not comparable to the full scale invasion of Ukraine.
If China invaded India in that way it would provoke a World War.
You’re right, however, that Europeans often don’t see the Asian perspective and vice versa.

China illegally holds 38000sq km of Indian Territory in Ladakh alone. There are other disputed areas there. But the latest estimate is that 7% of 600000sq km of ukranian land is with Russia… That comes to around 42k sq km.

I agree that Russia should be censured and pressurized even more. But what’s stopping the same pressure to be applied to China ?

China illegally holds 38000sq km of Indian Territory in Ladakh alone. There are other disputed areas there. But the latest estimate is that 7% of 600000sq km of ukranian land is with Russia… That comes to around 42k sq km.

I’ve done a simple search on google. Let me try and get the stats to back that up

Please lads, let’s avoid the personal attacks. What are they good for anyway? When a post gets on your nerves for whatever reason, take a deep breath, go to your heart for a little while, try to feel it beating in your chest. You’ll see, if you do that, the anger will evaporate very quickly.

Try it out, it works!

Posts have been deleted.

I somewhat take responsibility for the tensions expressed in this thread. I wanted to hear a non-western perspective on the Ukraine war. More out of interest to understand a different perspective. To understand perceptions and underlying issues.

That’s not to say I think they are correct but it important to understand the underlying rationale why countries act in different ways. How history impacts current actions.

As I expressed in main thread it takes bottle to express unpopular non-western views. I appreciate that such views would be grating for those deeply emotionally intertwined.

Remember we are products of our environment. It’s OK to agree to disagree. It’s good to understand criticism.

In this case for the west to understand Indias rationale and criticism (based upon perceptions of hypocrisy, history, economics)

And it’s good to for India to understand the wests perspective and criticism (based upon the importance of solidarity, perceptions of a good relationship, and humanitarianism)

We don’t need to disagree or convince the other side is wrong . It’s like trying to convince an Everton fan that there is no need to be bitter. But I think it is important to understand why people hold those views.

Try not to take it personally.

Thread re-opened. But remember lads: tackle the ball, not the man. Cheers!

Doubt @Hope.in.your.heart was talking to you for whom the rules don’t seem to apply. Breathe easy.

Looks like my information on that was wrong. This was at 2019 before the current Russian invasion @Kopstar

Ok, so, three years from now it’s entirely conceivable that the major powers in the world will be Russia, China and a Trump led USA.

While I agree with you on the fact that Russia, China and USA are going to be the major powers , It won’t be Trump. It will be someone with Trump’s policies without the baggage that comes with it. I look at US politics and I see republicans enabled by Trump who seem more dangerous than Trump.

The world as such is going to a personality driven leaders as seen by the rise of Trump, Erdogan, Boris , Modi and other demagogues (Even for democracies)… I’d rather India return to a parliamentary style where decisions are taken on the basis of consensus building (as seen in the times of Vajpayee/MMS).

I’m not entirely sure they’re more “friendly” to US interests. I think they’re more friendly to whatever keeps them in power (and the money rolling into their pockets).

Ok, so, three years from now it’s entirely conceivable that the major powers in the world will be Russia, China and a Trump led USA.

What hope for freedom and democracy?

It’s absolutely terrifying to be honest.