Heading The Ball in Association Football

Couldn’t find an existing thread, sorry if there is one. What do we all think? Seems inevitable that steps will be taken. I can already see the Nike Predator Headguard that puts spin on the ball whilst protecting the brain.

I think it needs to be limited at youth football and no doubt the footballs used in the 60s and 70s contributed.

The question we can’t answer is do the new footballs effect it? I can’t head the ball to save my life so I’d happily see it go from amateur football training

I would say continuous heading during training can’t be helped, I think you may see less of it in the players who come of age around the mid 90s just because the game developed, if studies start to show some big issues in the modern pros then it could easily disappear.

But you are right, the head gear will probably come in for defenders.

There are also plans to introduce concussion protocols for next season I believe. It’s late but certainly better than just ignoring the issue.

Oh God man! Remember what it was like when it had been raining and the ball was completely soaked?
What’s the answer though? Petr Cech style headgear?

I very much think that the sports manufacturers will be lobbying like crazy to implement exactly that.

Oh God man! Remember what it was like when it had been raining and the ball was completely soaked?
What’s the answer though? Petr Cech style headgear?

I don’t know about concussion, but if you tried to head one of these when it was soaking wet, you’d end up a couple of inches shorter: 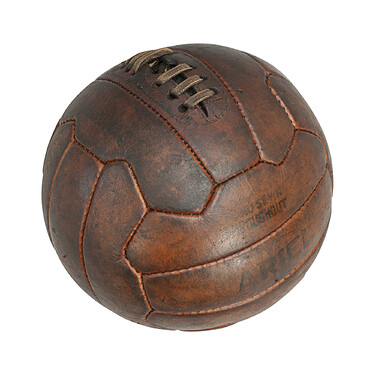 And it was worse if you caught the laces a glancing blow.

One of my mates was hit slap bang in the nuts by one of those, back in the Seventies.

I bet you kicked it at him.

We obviously don’t head the ball, but my teammate copped a wet Sherrin in the nuts one night at training, twas a 40m pass in a long, full ground drill. That pill was travelling.

He dropped instantly and didn’t move for about 20mins. We just trained around him.

Ah reminds me of the good ole days where your summers cricket was dominated by learning to dodge bouncers by playing with compo.

You weren’t getting up after being hit by one of those. One of those buggers took the skin off my thumb once.

Geoff Boycott will tell you that playing without a helmet on uncovered pitches taught you how to not get hit in the first place.

Yep. We basically played on a dirt track, maybe one glove and maybe one leg pad. No one had a helmet.

And if someone had a proper leather ball that was great until the skin was f*****. We’d then pull the skin off and play with the cork core (corky) inside.

But tell the kids today that and they won’t believe you.

Like Godwin’s law, every fun discussion comes back to Python’s law

I hate to be pedantic, but heading the ball isn’t actually part of cricket in the way that is in football

I hate to be pedantic, but heading the ball isn’t actually part of cricket in the way that is in football

Anyway, where do you think the term “head-the-ball” came from? 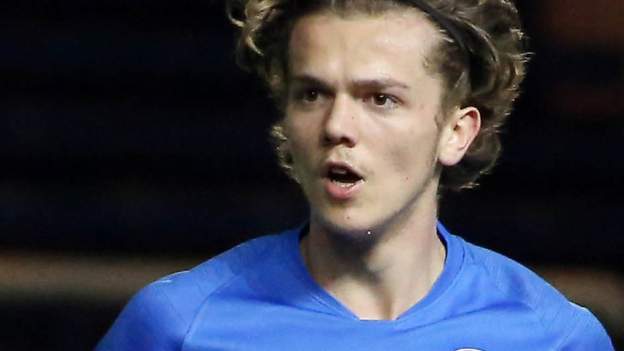 'I headed a ball and my career ended aged 19'

Former Peterborough United defender Bobby Copping tells BBC Sport why he was forced to retire at 19 with a head injury. 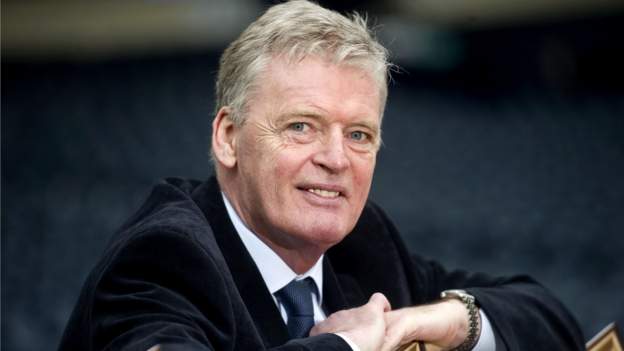 Former Scotland, Manchester United and Leeds United defender Gordon McQueen has been diagnosed with vascular dementia, his family have confirmed.

V welcome step - we must embrace innovation to tackle concussion in sport https://t.co/xad9gW5PTk 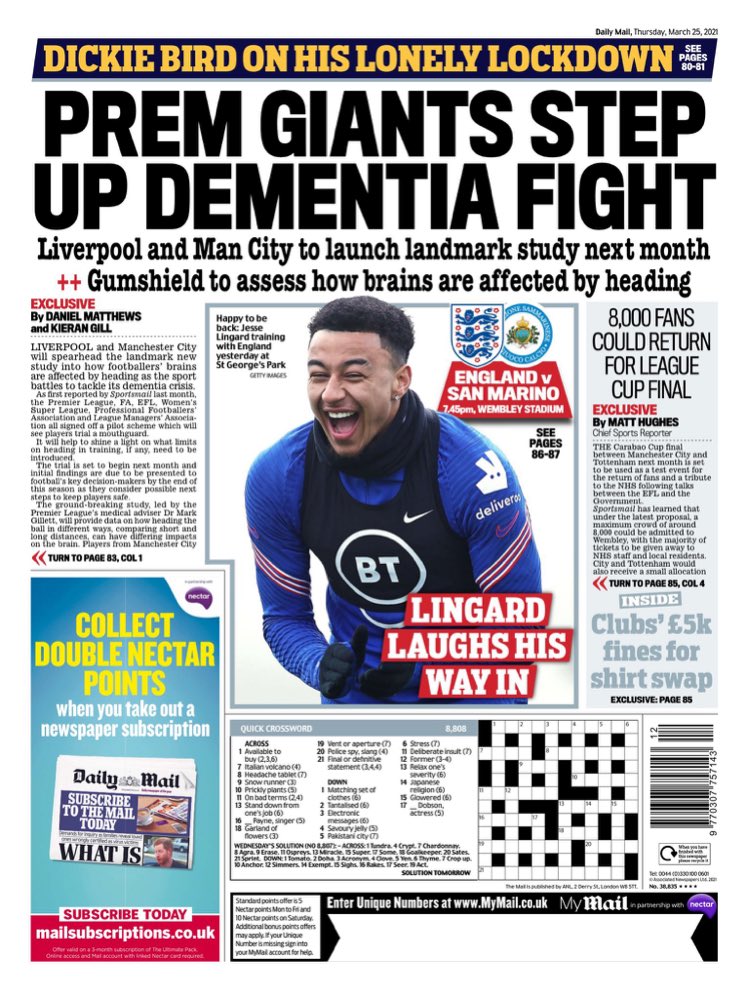 Considering he is minister why doesn’t he step up and announce some kind of investigation instead of pontificating about the pointless waving of flags.

Sorry the guys a bellend but good on City and Us. 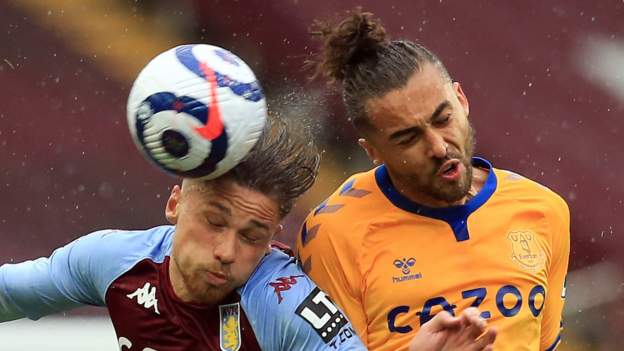 Limit set on headers in training in England

Professional footballers in England are to be limited to 10 "higher force headers" a week in training under new guidelines for the 2021-22 season.