I feel Joe doesn’t always get the credit he deserves. So good to see him clawing back to form after that horrific season.

Played with authority against Norwich in the cup and in comparison to Konaté looked better at heading. A real improvement. Look out Matip. 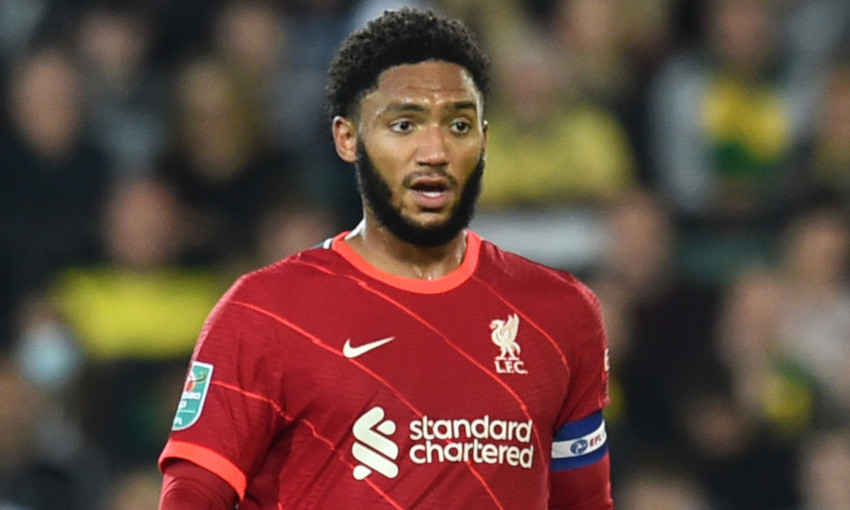 Joe Gomez: It was a massive honour to be Liverpool captain

Joe Gomez relished the 'massive honour' of captaining Liverpool as they advanced to round four of the Carabao Cup by beating Norwich City 3-0.

Couple of bad moments, considering he’s been here for years. As things stand, Matip is firmly in our starting XI.

Couple of bad moments, considering he’s been here for years. As things stand, Matip is firmly in our starting XI.

WTF? Henderson’s been here 10 years and still misplaces a pass here and there. All of our players misplaces passes and have the odd game. Don’t think a “couple of bad moments” has anything at all to do with whether he’s been at the club 10 mins or 10 years.

He made a world class block post penalty, lead the line well in a new CB partnership, playing on the wrong side to his usual, and had a weakened midfield in front of him.

I don’t disagree Matip’s ahead right now, but Gomez is a beast and will continue to play an important role here. He’ll be here post Virgil and Matip.

He was certainly the better of the two centre backs last night IMO, thought he had a good game.

Obviously he should be behind Matip based on the last year or two of football, Joel is the better player for sure, but there’s no shame in that. There are very few centre backs Joel isn’t better than.

Was my 2nd choice for motm today and Joel is in front of Joe as he us better in the air and has maturity and experience on his side, how old is Joe 23?

I thought he had an excellent game. Very close to being MOM. Matip was obviously ahead of him at the start of the season but he’ll still get plenty of games providing he stays fit and there’s also RB to cover potentially. Konate is looking very good too. We have 4 top CBs to choose from this season and there’ll be more rotation than usual with 3 of them coming back from long term injuries. Plenty of opportunities for them all.

I’m going to stop after this one but I’m not sure why I’m going into the player threads and all I seem to be seeing today are criticisms of our players after an easy 3-0 win?

Maybe it wasn’t the most exciting game ever but that’s mostly because Norwich were abject. Besides the penalty they didn’t have a sniff.

The defence played well, midfield was solid, forwards played well. Not sure why we have to micro-analyse every pass to determine whether we were good enough while destroying a team with ease.

I think ‘we’ feel we could be better even the team selected to face Norwich. We’re going to slaughter someone sometime this season and that will become our reference. 3-0 is becoming our bog standard!

“Sometimes Gareth reacts if you are not playing for your club you can’t play for the national team. Obviously there is a special thing for Mr Stones.”

While I, as a mere fan, would be glad if Liverpool players got Fergusonitis more often than not right before international matches and got over it in time for the very first match after it, I think that Gomez will be buzzing to hear these comments. I will keep saying it over and over: what kind of player wouldn’t want to play for Klopp? The man is everything you want to have in a person.

It is a bit baffling that a fit Joe Gomez gets overlooked for the likes of Coady and Mings. Looking at the latest squad, Tomori deserves to be there on merit and Stones is a clear favourite of Southgate’s and despite not playing much for his club he usually performs pretty well for England.

Southgate has always been hypocritical when it comes to his reasoning for selections though. Often time he’s used the reasoning Klopp is having a dig at him for, there’s also been umpteen times when he’s referenced poor form as a reason to omit somebody only to pick numerous players who are woefully out of form in the same squad.

Stones is obviously more important than Gomez with 5x more caps, there’s no point trying to act as if they’re equal as players and recent experience with England (was a good while since Gomez started a few games in a row for England). But yeah, it was a little bit odd to see Stones without a single second for City this season. You can’t win, anyway. If Southgate did that with a Liverpool player, we’d go on the conspiracy theory again. Main thing here is… Stones did a job for England and Gomez at the moment deservedly can’t get in the England squad. From Liverpool’s perspective, no big deal. When he breaks in the Liverpool side again, he might get back in England’s (even if there’s more competition now than before). 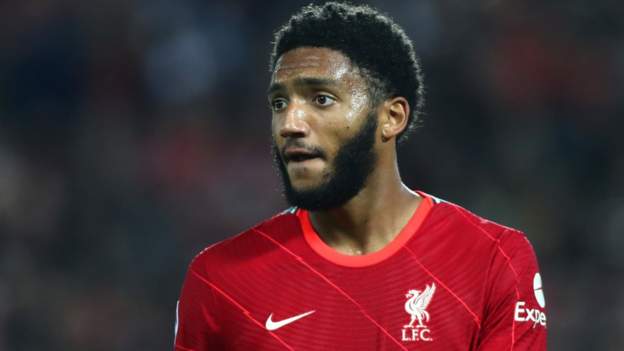 Real Madrid are monitoring Liverpool and England defender Joe Gomez but understand he would not be available to sign in the January transfer window.

Would he leave in the summer? But that will again leave us with just three CB.