Ibou and Naby lad thanking RB Leipzig fans for their supports while they were RBL players.
In the commentary from the RBL Youtube channel, it was indicated that yesterday’s friendly was supposed to happened after Naby lad signed for us, and the match was for the fans to give him a proper send off. Covid delayed the match until now.

Naby had some great games for us. Probably 7 out of 10 games of him were very good performances.

But he is injured too often.

Personally I’d give up on him if he doesn’t stay fit until Thiago is back. We need him right now.

I read earlier we haven’t lost a game yet when he and Henderson started together. 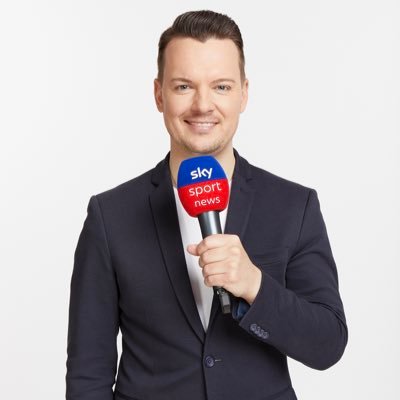 @Plettigoal
Excl. News Naby#Keita: He is unhappy with his current situation in Liverpool. There were talks about a contract extension but they have stopped now. His departure is possible regardless of Thiago and Oxlade-Chamberlain. But early stage. Talks will take place.#LFC@SkySportDE 🇬🇳

I read earlier we haven’t lost a game yet when he and Henderson started together.

Because we’ve barely played one

Apparently he played in 40 games last season, I would not pay much attention to the story, some fools on Twitter have him sold and replaced with Sheffield Utd Sander Berge

The Reds have no intention of losing a key player so close to the end of the summer window.

Always been a Naby fan and he still makes it in our best midfield 3 with Fab and Thiago but when you stack up all the injuries and illnesses and games missed to afcon. Is it worth keeping him if he’s unhappy? Don’t care if he stays or goes.

It’s a nonsense story. Why would a Bayern Munich reporter know about Naby Keita’s contract situation?

Have you seen the number of posts across the entire forum about it? Quite clearly there are many people more than willing to take the bait…

Tbf to him, much like Matip he was available for the most part of last season but we have a thin squad as it is Imo where we can’t afford you to be ok 1 season and the next not.

Now the likes of Gini/Sadio not at club anymore, Only Robbo/Salah & Trent can really be labelled as injury free players & that to me is a worry.

It’s a nonsense story. Why would a Bayern Munich reporter know about Naby Keita’s contract situation?

Maybe because Keitas agency is based in Munich? The same agency who engineered moves from Liverpool for Lovren, Grujic and Mane? Not saying it’s true but it could be…

“Engineered” makes it sound like they forced their way out - we wanted to get rid of Lovren and Grujic, Mane was allowed to leave with our blessing. Let’s not pretend we have some sort of long adversarial history with this agent.

If true - which I doubt, I think it’s negotiation tactics.

“Engineered” makes it sound like they forced their way out - we wanted to get rid of Lovren and Grujic, Mane was allowed to leave with our blessing. Let’s not pretend we have some sort of long adversarial history with this agent.

Advising their client to release a video saying the fans will get the news they want the day before the Champions League final, then 2 days later announcing your desire to leave… Not sure how that isn’t “engineering” a move away. Bad advice at best, engineering at worse.

The other two were surpluss granted.

Wasn’t that an LFCTV video?

put to bed! Glad he’s back and fit.

Would start him at Old Trafford. Was great there last year, until that twat took out his frustrations on him.