Given how horribly last season ended and that the start of this season hasn’t gone how we’d have wanted, I’ve had a lot of thoughts. My shrink says that writing things out can be really helpful, so I gave this a thought or five.

Since we ended the 30-year drought, rival fans have looked to comfort themselves by saying we didn’t get to lift the trophy in front of our fans. It’s true, the fans not being able to be there was definitely not what anyone wanted, and I am sure I would have felt that more acutely if I was a regular match-going fan like many of you are. Still, the trophy made its rounds to Alder Hey/etc., where many of the staff and patients are fans (not to mention the local press corps!), so I don’t think it’s entirely accurate to assert that no supporters of the club got to see the trophy, even if the general point remains.

Did last season hurt? Of course, I’d be lying if I said that losing out on the two biggest trophies in the last week of the season, particularly when we would have been able to celebrate with the fans, wasn’t crushing. Likewise, some rival fans will beat us with the stick that we’ve never seen the PL trophy lifted with our fans, as if 2019-20 never happened — and one that reeks of them being upset that their one last legitimate piece of Liverpool banter is gone, since I don’t see any English club getting to 6 European Cups anytime soon.

During those eerie, early March 2020 days, those same rival fans attempted to disingenuously hijack good-faith public health arguments to advocate for null-and-void. Classic, bad-faith, motivated reasoning — the life of a football fan laid bare during a public health crisis. Still, for many of these (particularly Everton/United) fans, us staying on 18|0 was their holy grail: one wanted to prevent us from catching them; the other just never wins anything at all.

Additional background: I believe I outlined on the OG TIA forums, but I had a pretty averse reaction to the idea of null-and-void. Of course, I felt insanely stupid to be wrapped up in a mental health crisis about sport when people were literally dying, but OCD is an anxiety disorder — I’m pretty sure I was the only person who didn’t sing “we’re gonna win the League” after Salah sealed the game against United — not a light switch that can be switched on and off. After beating West Ham on the Monday (2/24/20), I was growing uneasy about what COVID might do to the world, let alone sport. Then, an article from The Telegraph on the Friday outlined that there was no guarantee of the trophy sent me spiraling to the point where I had no appetite, couldn’t sleep (40+ hours straight awake), or really do anything — I had no desire to watch the Watford game, which I guess was a decent game to miss! Had to go to the ER twice since the first sleep med they gave me didn’t work, but I finally stabilized by the following Thursday (3/5/20) and went back to work — who was super supportive of my mental health (they didn’t know the details) — on Friday. At that point I decided to take a break from the game (no highlights/videos/forums/etc.), slowly began returning after the Bundesliga resumed, but refused to fully embrace what we all knew was coming until Willian scored to make it 2-1 to Chelsea against Man City. Needless to say, when the rubicon was crossed at 22:09 UTC on 6/25/2020, it was pretty emotional for me given that I was absolutely certain it wasn’t going to happen at all. It was 5:09 p.m. local time when it happened, and I (voluntarily) didn’t get much sleep that night (~2 a.m.).

Also important: Given the circumstances, that season’s end was the best we could have hoped for — a great (if unwanted) reminder for someone with OCD (which is characterized by anxiety over the uncertain) that things don’t always go to plan in life. And, in this life, as a certain JK said the night we got the trophy, “That’s how life is, you make the best of what you can.” I guess it had to come from a guy who got promoted to the Bundesliga after two heartbreaks, winning the lot after losing six finals in a row — the guy is an inspiration as a human, let alone a manager. And while there was mixed reaction to the parade at the end of last season, I am glad that the fans did have a belated opportunity to celebrate with the players, even if it was a bit like the “hey all you 2020 graduates, come to Commencement in 2022” sort of thing. A net positive for me.

Does it give us something to chase? Of course, and there would be no one happier than me for a proper trophy lift and parade. I also understand the argument that we shouldn’t be harking back to history and that we should focus on moving forward, which I accept generally.

Still, we shouldn’t forget that getting that 30-year albatross off our backs — not to mention denying rival fans of the “you’ve never won the Premier League” jibes — was and is huge for the club and the fans, full stop, along with the other things we did: 99 points (better than any other team bar City); 18-game winning streak; beating every opponent, which had never been done before by us. The weight of expectation was so heavy and weighed on so many players that, sans oil money, we never really looked like winning it — we were such a train wreck defensively in 2013-14 that I figured we would lose at least one of our last 14 games — before Klopp. Speaking of whom, if you forget what it meant to him, I’ll leave this here for you, although be warned that the video may contain onions. 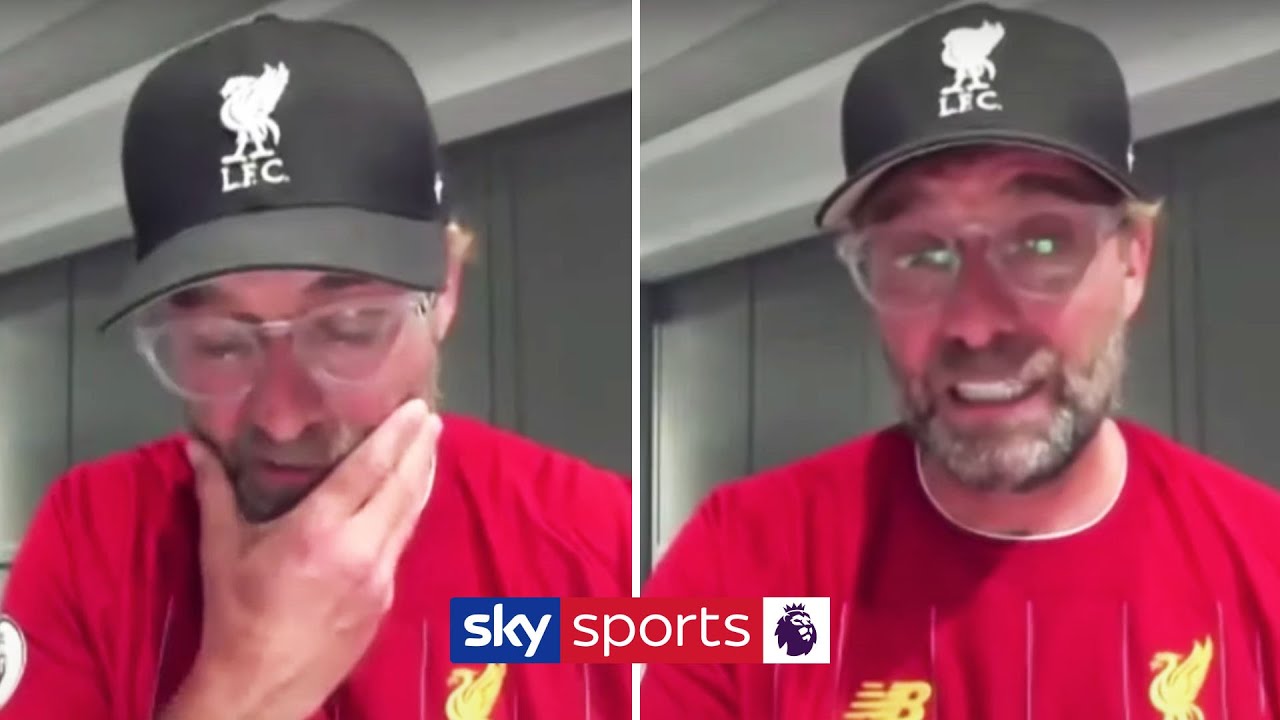