We didn’t seem to have a place for Scottish football chat.

Scottish Premiership leaders Celtic hold a six-point lead over Old Firm rivals Rangers as they meet for the last time this season. Follow radio and text.

We had a thread on Scottish championships.

Are you sure. I’ve looked several times and I couldn’t find it.

Are you sure. I’ve looked several times and I couldn’t find it.

Yeah, I couldn’t find it either.

But I distinctly remember a thread with ‘If it’s shit, it’s Scottish’ title.

Maybe that was more about Scottish stuff like haggis, whiskey and Rod Stewart

Maybe that was more about Scottish stuff like haggis, whiskey and Rod Stewart

he just prefers to be thought of as Scottish,

Highland Coos and the lakes are beautiful though.

Anyhow this deserves to be here: 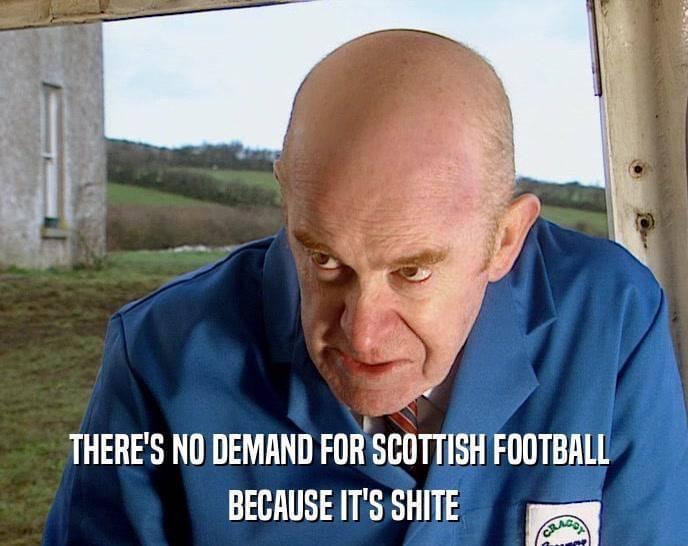 Aberdeen, that’s all I have to say about that!

He always harboured secret cravings for shortbread, offal and heroin. Deep-fried heroin, if he could get it.

Well I lived most of my adult life in Scotland so I’ve seen a fair bit of the football. Once you get away from the Old Firm there is quite a bit of activity going on but you don’t have to go too far down the league structure to find semi-professional and amateur teams. Scottish football is actually a good case in point of what happens when a very small number of clubs get control of all the money.

I’ve actually lost track of what is going on since I moved to Germany. I think they do have the matches shown here but it is somewhere obscure on a subscription channel. I can get to see the national team on DAZN which is more than I could manage in Scotland with the games squirrelled away on pay TV (although I did occasionally go to Hamden).

Scottish football does still have good grass routes and produces the occasional star - as we have seen with Andy Robertson. However, the SFA management is very short-sighted and unambitious. They do have odd games shown on BBC Alba (Gaelic language TV service in Scotland) but they need to be more proactive about promoting the sport.

If they could have free-to-view games both within Scotland and elsewhere there would be much more interest in the game and, as a result, higher attendances and more chance of transfer fees for the smaller clubs. However, when all decisions are effectively taken by two clubs that isn’t going to happen. 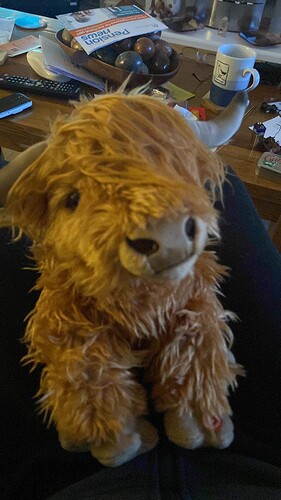 I had loads of photos of them from our holiday near Crieff last year but lost them due to a phone mishap.

Yeah we saw a few when we went up to the highlands just before Covid hit.