Seeing as there’s a slight lull before the madness that awaits in April, I thought I’d bring up a topic which has always fascinated me.
Where do the songs we sing come from? Who decides on the lyrics and how do they make their way from an individual to a crowd of thousands?
It seems like a really democratic process, but how does it work?
I’d love to know who came up with Fields of Anfield Road, or thought of adapting Dirty Old Town for VVD for example, and why do we have better songs than other teams?

Good thread to say that I don’t like the Jota song at all.

it was my favorite part of the experience, sometimes I find the commentary annoying when the crowd’s in full voice and I’m trying to make out what they’re singing. the first 10min of the Forest match on the weekend was full on. Loved it.

That will give you a place to start.

The old historic ones started in the pubs and terraces before the game.

Now a days they tend to start online.

Love how original our songs are.

Nothing worse that a generic football chant

“Is this a library” particularly fucking grates on me.

Yeah, I know about Jamie W, but he’s not responsible for making up all our songs.
I’m more interested in the organic kind of creativity.

Andy Robertson song not the most original.

What about songs for Ali, Trent, Matip, Hendo?

It will just be fan culture, pubs before games, buses to away games, European away trips. Just catches in.

As others have said the singing tradition goes right back, here’s an excerpt from the BBC history of Liverpool doco that talks of influence of 1960s ‘beat groups’ on Kop and perhaps Kop on 1960s music. 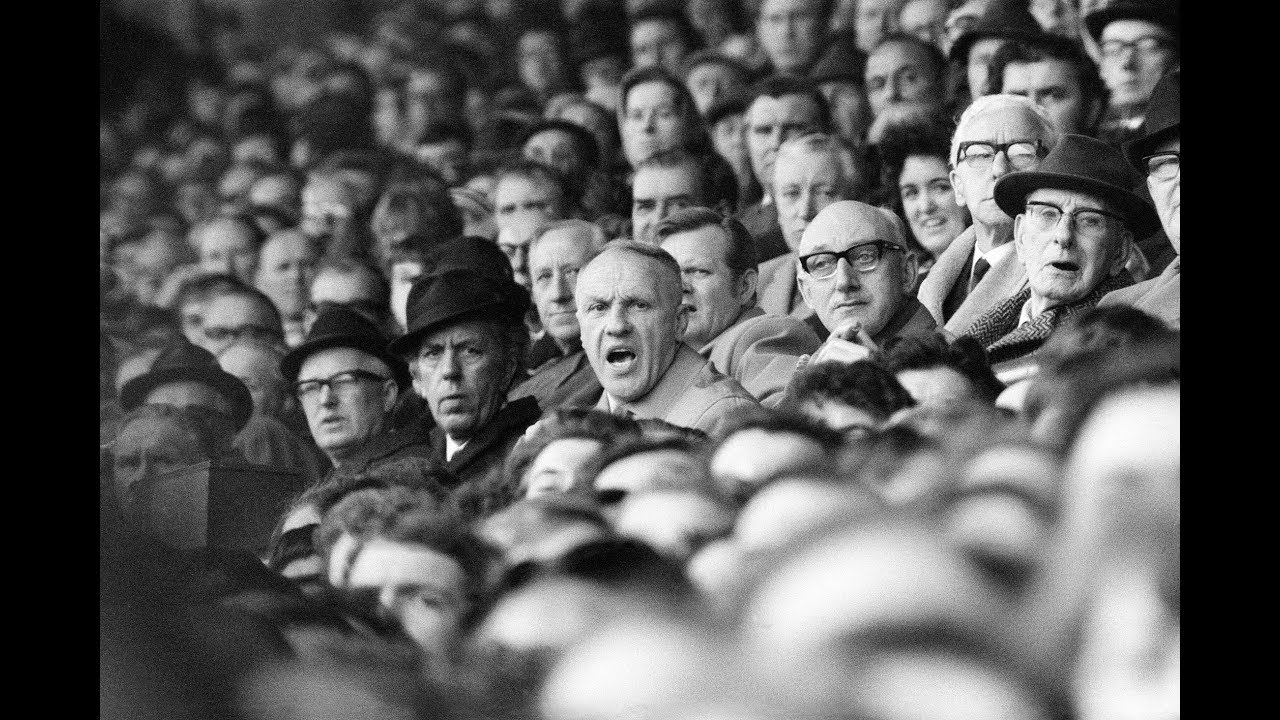 I wouldn’t say that I don’t like it but, back in the day songs would use easily recognisable tunes and just change a couple of words to suit the player’s name. For example ‘Michael Owens scores the goals’. The Diogo Jota song requires learning. Not just the lyrics but the tune. Again, back in the day we’d mostly just chant players names. ‘Oh, Andy, Andy’ and ‘clap, clap, clap, clap, clap, Dalglish’ being two in point. The Dalglish one was used for Souness and other players with double syllable surnames.

Away buses are full of songs being created. Some better than others, some funny but not catching on in the terraces. That’s where I’d guess the vast majority come from.

Some of my favourites are still mostly older ones.

FOAR, Poor Scouser Tommy, Every Other Saturday, Gary Mac’s song. Those are amazing.

Some really good player songs in modern times, but I must admit some also that I’m not a big fan of. Like with everyone I guess.

My little highlight was accidentally meeting Carra’s dad outside the Wanda (what a shit area around the ground, there was barely a bar or two) in 2019 during the final when I recognized him and sang him his song, he was wasted as f*ck, but pleased. Stevie’s mate, Paul McGrattan, from his 2006 documentary was also there (had a ticket for Spurs’ end, but it turned out to be fake, so he returned to watch with us), he was confused how I recognized him also.

Ibrox, Belinda Carlisle, John Lundstram. One of the greatest nights ever. "Ooo baby do you know what that's worth John Lundstram is the best on earth Silky scouser, just what we need, He's gonna win us the Europa League." Well played every @RangersFC player. See you in Seville https://t.co/sGuMO6v11V

Could we nab this song? For Diaz??

Who came up with I Feel Fine for Jürgen?
Does anyone know?

Watched the game on Tuesday in the pub with a Man U supporting mate and he was amazed at the end when all the songs came out. He couldn’t believe that almost every player has a song.

They were lyrical geniuses, but not that good

I’ve heard a few try and get an airing on the Kop, ironically one that was sang by about 5 people was then sung by most of the Kop the next time I went, I’ve heard it on TV occasionally as well but I haven’t a clue who it references (sorry).

My favourite has always been the fields of Anfield Road.