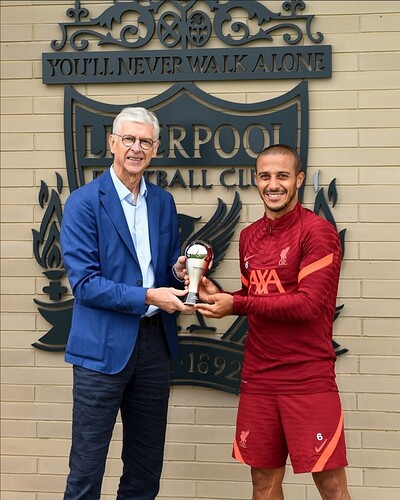 Posted this pic on my Facebook with the headline “After all these years, Arsene Wenger finally gets to meet a midfielder!”.
I know it’s a nonsense statement, but I have an inordinate amount of Arsenal friends and I get a kick out of getting them all rowdy.

Loved this, think it was after the Hendo goal. He’s got some winning mentality I must say; I recollect there was one tackle he won last season and he was pumped after it. Hoping to see more of him this season and influencing our game further. 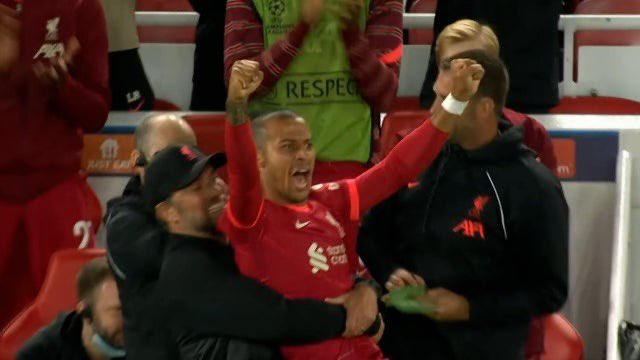 With statements like that you could get me rowdy!

He can’t catch a break with these injuries. I remembered that he returned from Euros carrying some unspecified injury, I wonder if it this could be a recurrence? I hope it’s nothing serious but the games are coming up thick and fast and this team is maintaining a ratio of one injury per league game, it seems!

Born rich and immensely talented. It’s a combo that would have seen lesser men sleep walk through their career knowing money was never going to be an issue for him. Yet he works his balls off. I just love him.

If they are short term it’s the Elliott type ones we need to concern ourselves with, far too many like that and very early on last season.

Thiago ruled out for Brentford as well

I reckon for all the talent this fella undeniably has, he’s quite injury prone. which is bad for us, because he’s nearing the twilight of his career.

Thiago ruled out for Brentford as well

I think we need to actually recalibrate ourselves for a normal season. I’ve seen some proper meltdown on social media over this, but in reality we’re always going to have a few injuries at any one time.

We lost 1722 days to injury last season, across 54 separate injuries. Palace were the next most affected with 1365 days across 37 injuries. Last season was a complete anomaly.

At the minute we have four players out injured. Elliot is a bad one, but Thiago looks like a couple of weeks, Firmino is back this week and Neco isn’t a long term one either. This is OK for this point in the season, and there are loads of teams worse off (including City and United).

Injuries are a normal part of football and we need to be at peace with that.

Injuries are a normal part of football and we need to be at peace with that.

I’m not that bothered about the injury. It’s just that Thiago is having a start-stop life at Liverpool and it just doesn’t do justice to his sublime talent. Hope you understand what I mean.

I mean, he did help us battle our way back to the Champions League, alongside Wijnaldum. I think it’s a massive credit to him that that seems like it’s performing below his capabilities…

I’m not that bothered about the injury. It’s just that Thiago is having a start-stop life at Liverpool and it just doesn’t do justice to his sublime talent. Hope you understand what I mean.

unfortunately, that’s been the path for many a footballer who have struggled with injury.

great football talents whose bodies/minds were not up for the task. I can name a few.

I will wait until his next injury before I start talking about him being injury prone.

Wonder if it’s a case of him going to be out until the start of the international break, so why not just keep him a little longer after that?

If we haven’t got photos I’d be a bit doubtful of this. Unless he had surgery I doubt it would have got worse.