On the old site, there was a thread about things you had come to realise you had previously completely misunderstood and so I thought I would revive that here.

There is a great podcast called Throughline on NPR that will probably reveal a lot of cases of this for a lot of people https://www.npr.org/podcasts/510333/throughline

There was an episode recently on the role of Saudi Arabia in spreading a militant, puritanical version of Islam. I dont think that would be a shock to many people, but my perception of this had always been that this was a problem from the very founding of the Kingdom. My understanding, which I’m sure was shared by most, was that while the rejection of intellectualism in Islam took hold under the ottomans, it was the new found wealth of the new kingdom, one that followed a particular strange strain of Islam, that really caused it. They took advantage of the void in islamic leadership that the fall of the Ottoman Empire created and filled it with their strain, bankrolled by oil money. This episode painted a completely different picture. They present Saudi Arabia as being a fairly liberal place until 1979, when the grand mosque in mecca was held hostage by a fringe group. Their story was that it was only after that event, and as a result of the actions the Kingdom took to end the siege that emboldened the extremists and gave them the platform to start spreading their version of Islam.

I’m going to take the intellectual level of the thread down by 99% from the first post, but here we go.

When Britney Spears’ song Hit Me Baby One More Time came out, I was in first grade, and would consistently hear it on the school bus. I was pretty confident that the line “Oh baby baby, I shouldn’t have let you go” was about a babysitter who lost track of a kid.

Misunderstood song lyrics is a whole thread on its own!

Wonder no more…'tis from my favorite (own) show!

First time I met the future mother in law I got into an argument with her.

She took it badly when I pointed out to her that Eskimos were a real people. She was convinced that they were simply from stories like leprechauns and fairies. The more I laughed the more indignant and defensive she got. She thought I was messing with her head.

Ended up having to show her on Google that I was not making it up. Even then she did not believe me.

Needless to say from then on she hated me. Which made my future wife like me even more.

I would say it took me a long while to come to, what I think is, an accurate understanding of the prevalence of PEDs in professional sport.

I am no scientist, of course, but I had a long chat once with someone who is, and the basic premise is that in particular sports they are so effective that even competing on level terms with someone who is a proven doper is pretty good evidence that said athlete is not clean, the absence of an adverse finding notwithstanding.

Not sure if that is a misunderstanding of the spirit of the thread, and happy to be further corrected, but I feel like I had my head in the sand for years.

She was convinced that they were simply from stories like leprechauns and fairies.

I had the same notion about tiny countries like Andorra etc. In those days we didn’t have Google (or internet, to be precise) and it was mighty hard to find these countries in normal atlas.

Besides, I had just read The Prisoner of Jenda

I don’t think eskimo’s is an appropriate word for indigenous folk anymore.Also alot of people round here use the term paki for convienience stores,i used to think they were being racist till i found out it was short for package store! packy.

Where is “round here”? Because in the UK using that term is definitely racist and isn’t bullshit shorthand for “package”…!

Agree with you on the use of the term Eskimos though.

Hold up my hands, I didnt appreciate the negative connotations of the word Eskimo (as in my mind all the associations are positive)

It becomes a minefield when you start looking into it, how it very much is derogatory in Canada, but less so for those in Alaska (where there are different peoples), which again is different to those in Serbia. The Eskimo Indian Olympic games has a page about its name. Which perhaps best illustrates the challenges. For some Eskimo is a positive and what some self identify, for others its a negative and derogatory. While terms (like Indian) are positive for some others, but conversely perceived as negative context or as derogatory who dont identify as Indian.

Unfortunately there does not appear to be an alternative name, for those peoples who have a unique shared family of languages, heritage and culture (Inuit as used in Canada only applies to a subset). Hopefully in time the name is reclaimed or a new name which they self identify becomes the norm.

I guess I understood something new today

This seems to be very common. It hit my wife hard when she recently found out, in her mid 30s… 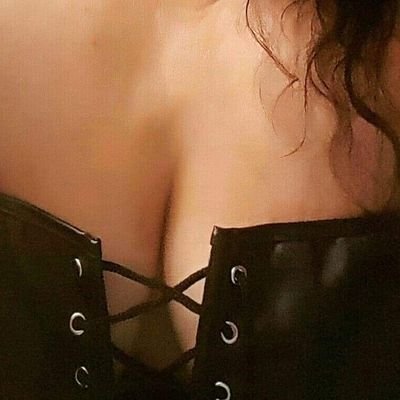 Fuck, I had always thought it did as well.

Never thought about it in that light!

Fuck, I had always thought it did as well.

Never thought about it in that light!

Tbh chaps, I was just trying to get a better peek of those boobs. Pigs, you say?

I know a lot of nursery rhymes and kids stories have dark undertones but that was one I never thought about till I saw that text.

Tbh chaps, I was just trying to get a better peek of those boobs. Pigs, you say?

It is entirely coincidental that many of the people I follow on twitter have boobs in their profile pics.

So it turns out there is a pretty good podcast about this very topic called You’re Wrong About.

I haven’t listened to a bad one yet, but I just a finished 3 parter on the DC Sniper that absolutely blew my mind. They set the scene with a summary consistent with my recollection - massive hysteria during the period when it was happening, anti-islamic outrage when the guy was finally caught and revealed to have the last name Muhammed, and then the story disappeared with everyone remembering it as some sort of Al Queda inspired attack. It turns out the whole thing was retribution against his estranged wife for taking their kids away from him in a custody battle, with a bunch of random attacks thrown in to keep the authorities off his scent. Basically it seems that once the media found it the story didnt have the Islamic Terror angle they dropped it an just allowed the country to think that was what the whole thing was about.

These episodes really hit me hard as I actually landed in DC for a work trip the day the first group of killings happened. This was pre-cell phones so all I knew was that there was a weird vibe at the airport and it took me until the end of the day when I sat down at the hotel bar and overheard the news on in the background that I understood had been happening around me all day. The next 2 days there were wild, with people walking down the street almost preemptively trying to dodge incoming fire.

Did he write it then? I can sort of see it if the word they’re saying in spoken English would be written “packy” as you said in your original post but there’s no explaining away writing it as “paki”.

You just need to listen to TMS (cricket commentary on the BBC) and hear them pronounce Pokiston to know they’ve all been on training sessions to pronounce it with as little “paki” as possible. Was a common word when I was a kid.