Just picking up on some of the discussion in the Carvalho and United threads and thought I’d compile/rank a shit league of clubs transfer activity since 2015. This is a discussion topic so please argue for your own inclusions/additions and I’ll update this league as those contributions come in.

For now, my rudimentary standings are:

Ultimately, I want to get a top 20 together so get your suggestions coming!

I thought I’d get a bit more scientific. Club ELO is a fantastic resource giving an index/ranking of European clubs. I have taken two dates to compare (1 August 2015 and 2 February 2022). There are 24 clubs that were in the top 40 of the Club ELO rankings on both dates.

I have then used transfermarkt for a net transfer spend from season 15/16 onwards. There were some clubs (Dortmund, Sporting, Porto, and Lyon) who have managed to improve with a negative net spend. Naturally, they do not make the top 20. There are other clubs (Monaco, Bilbao, Real Sociedad, and Benfica) who have a negative net spend and who have fallen. I have excluded these clubs too so that the only teams that are ranked are those with a positive net spend.

I have ranked the clubs by pts gained per €m spent. Shittest at the top (minus figures means they’ve spent money to get worse). Change in ranking position in brackets.

This still needs work as Barcelona, who have spent more than Real Madrid in this time (€360.10m to €65.7m) and have dropped more points (-251 compared to -126) ought to rank lower (/higher in the shit league table). But it’s late and I’ll have to come back to it tomorrow to refine it.

Auba was great for Arsenal for a while, it’s just really been mostly this season that he’s shit the bed and failed to justify his wages. pepe was overpriced to be sure, but not the worst player ever.

Chelsea I’m not sure you can criticize much here. Werner has been a big flop, but Havertz hasn’t been THAT bad, I don’t think. Lukaku was a known quantity, so a pretty shit buy. That aside, they’ve won things in the last 5 years including a CL last season, so not all bad.

United’s recent transfer record has been utterly atrocious when you look at the return. Massive amounts wasted on Pogba, Sanchez, Di Maria, Falcao, Maguire, AWB, Shaw, Fred, DVB, etc. The only relative “hits” they’ve made have been Bruno (was great for exactly 1 year, then mostly shit, but might return some form), and Ibra (sort of. They didn’t pay much and he scored some goals for them). Even Ronaldo is looking like a relative flop considering he’s on 450k a week or more. that, and they’ve won fuck all the last 5 years.

Barca is ridiculous though. their entire model was built around Messi, and the buys they made at massively inflated prices were just awful. They kept trying to load up on attacking talent and kept missing, hard. Dembele and Coutinho by far the worst, but there were others, too.

That’s a poor return for a £20m striker.

Mendy… from flying full back to jailbird…!!!

And Ibe, as we now know, has gone through some horrible time that has jeopardized his growth and career.

I’m going off what he got this season and what 20m gets you elsewhere.

Maybe Sheffield United should make the cut after blowing over £20m on Brewster (0 PL goals, 3 Championship goals) and getting relegated as a result…

Maybe Sheffield United should make the cut after blowing over £20m on Brewster (0 PL goals, 3 Championship goals) and getting relegated as a result…

It’s quite odd, I remember when he had that loan spell with Swansea, he was scoring quite regularly? What’s happened since then?

When did he get that bad injury? Was it after he’d been doing well at Swansea? Maybe it’s really held him back

Kepa the most expensive keeper ever…

That’s 11 of their top 14 most expensive transfers of all time (according to transfermarkt). The figures might not be as large as the likes of Barca or United but then nor are their revenues. They used to actually be good at selling players but even that seems to dried up.

Isn’t Lamela also out on loan, I’m sure I’ve seen him in another league.

But remember “tHe MaNaGeR nEEds fUnDs” how can they possibly compete with err Liverpool.

Very spursy of them…

Wasn’t sure where to post this, but thought this might be ok as some of the thread in the tweet offers a comparison with other clubs in the premier league. 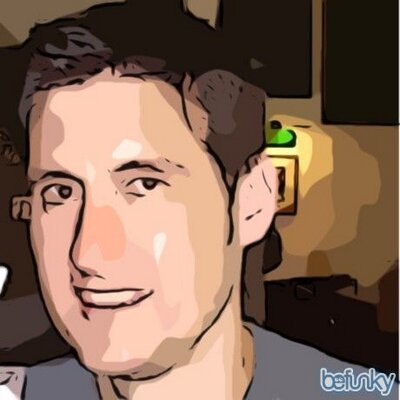 @DanKennett
Pretty telling that our "worst signings list" according to the Mirror is: Karius Caulker - loan Davies - 500k will prob be sold for a profit Solanke - £19m profit and sell on Grujic - £5m profit and sell on Plus the article is about Minamino - £8m profit mirror.co.uk/sport/football…
3 Likes
mattyhurst 23 June 2022 00:36 #17

What’s actually happened to Davies, I assume he was loaned, did he play?