Your "second" or favourite non-LFC club

Meaning no disrespect to @costared, I find all the discussion about which clubs we “dislike” to be somewhat uninteresting and repetitive. The answers are all fairly obvious and the reasons have been covered for years in the dedicated United/City/Chelsea threads. Naturally, it also breeds very negative conversations, and I think perhaps we need something a bit different right now!

I assume most people posting on TAN are Liverpool fans first and foremost, but I am sure many of us have “second” clubs – maybe from where we grew up, or somewhere we lived at a formative time; a club that family members support, or due to a good memory of another club; or just a club that we quietly have a soft spot for or respect how they operate. This thread is a chance to share these positive affections – and maybe earn a new fan or two for some of these clubs!

Which club other than Liverpool do you like the most?

Have a soft spot for Newcastle United, having grown up in the North East and having lots of mates who support them.

Frickley Athletic,my home town team in South Elmsall in Yorkshire,used to watch them as a kid.

Partizan Belgrade for me, my whole family supports them and I used to support them when I was a kid, so I’ll always have a soft spot for them.

When it comes to Premier League, it’s Newcastle. No matter how bad they are, I always watch them, especially their home games when St James’ Park is full.

FC Basel for me. I’m originating from there, and always take pleasure to watch them, even though they are less impressive since a couple of years than previously, during the last twenty years or so. A simultaneous change of owner, sporting director and head coach took too much substance from them, and since then, they have stumbled from one sacking to the next, from one indifferent performance to the next.

Young Boys Bern have now taken the mantle of best team of the country, and they are well-funded too, so it’s not a one-season wonder Basel are facing here. But still, they have the best supporters, are embedded in a genuine football city, and will re-emerge as the best club eventually. It’s only a matter of time!

In the PL, I’ll go alongside rupzz and Nik, and name Newcastle.

having lots of mates who support them

Sort of becomes a reason to hate as well.

There was a time I used to follow Barca closely, but their deterioration from the ‘doing things the right way’ to become complete assholes with arrogant stupid self entitled fans and everyone involved can make me place them in the ‘clubs I hate’ thread as well.

So broadly none. I somewhat like Dortmund, but hardly see their games. Similar underdog club with great set of supporters, at least from whatever videos I can catch hold off… plus the Klopp effect.

What are you smoking over there

When it comes to Premier League, it’s Newcastle. No matter how bad they are, I always watch them, especially their home games when St James’ Park is full.

Always a great atmosphere in St James Park. Great stadium, and one of the few right in the city centre. Had a few close calls whilst sitting in the home end celebrating the reds scoring, forgetting I’m in the wrong end.

I know some of their fans in Serbia, all of them are really good lads and that’s another reason to like them. I often wonder how come sheikhs bought Man City instead of them, especially considering the size of the stadium and their fan base.

This is my favourite of the other “traditional” big English clubs. My father is a general sports enthusiast – which is how I accidentally fell in love with Liverpool, since football was always on the TV, aside half a dozen other sports – and his interest was always just to watch good football. Doomed in terms of “natural” teams to support, being from Berlin, he always paid most attention to Wenger’s Arsenal. He’s very happy to discuss Liverpool with me these days, despite his original bemusement about how seriously into the club I became.

Frickley Athletic,my home town team in South Elmsall in Yorkshire,used to watch them as a kid.

Probably a contender for best name in the thread.

Thanks to the part of London I grew up, I have a soft spot for The Beavers*.

*Otherwise known by the mouthful that is Hampton & Richmond Borough FC.

Thanks to the part of London I grew up, I have a soft spot for The Beavers*.

*Otherwise known by the mouthful that is Hampton & Richmond Borough FC. 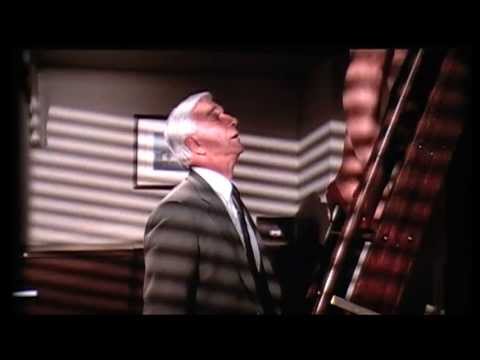 QPR. Used to go to every home game a few years ago on a mate’s season ticket; still go from time to time when his missus or son can’t make it.

Cardiff City are my home town team,so i will always have a soft spot for them,i’ve followed them since i was around 5 years old,1980 season in the 2nd Division,i watched my first ever match at the old Ninian Park,in a 1-0 win against Chelsea.

Nottingham Forest, for growing up in Notts and having a step-father who was a member of the Forest club at the ground, so as a kid, I got to meet Kenny Burns, McGovern, Robertson whilst they were in their pomp as Kings of Europe. Never met Brian but I think he had his own room for drinking! As well, Dad bought me the full away kit in Yellow/blue Panasonic which was the envy of the school! Of course this was not the happy story it seems because everyone knew I was LFC first and foremost so there were traitor issues abounding…anyway Clough’s Forest team were absolutely outstanding until Francis was replaced with Birtles.

. Now hold on, hold on. Hear me out first, will you!!! They played real nice football under Arsene and were the only viable competitors to United. Not liking them wasn’t really an option, was it!

My home team - CSKA Sofia. I’d been just born then, but some older fans here might remember that team from their heroics in the European Cup in the early 80s. CSKA defeats Nottingham Forest in 1981 (who won two consecutive cups the previous two years) and next year defeats Liverpool (who won the cup the previous year) to reach the semis in 1982 … very different times now with the club trying to find its way back to the top with the last title (the 31st) being won in 2008. After that the club had to suffer administration and playing in the 3rd level/league.

No order of preference–so will go alphabetically:

Honorable mention to Sutherland (not a PL side, I know, but the Netflix documentary is wonderful!)

No order of preference–so will go alphabetically:

Honorable mention to Sunderland (not a PL side, I know, but the Netflix documentary is wonderful!)

Fixed it for you.

(note to myself: watch that documentary)