London police officer held on suspicion of kidnap and murder of Sarah Everard treated in hospital for head injury sustained in custody bbc.in/3veK4hg

London police officer held on suspicion of kidnap and murder of Sarah Everard treated in hospital for head injury sustained in custody bbc.in/3veK4hg

My thoughts are with Sarah Everad’s family. I can’t fathom what they are going through right now.

It is so scary and shocking that the suspect is a serving police officer.

There has been discussions about women feeling unsafe walking home alone from their destination. I totally get where tgey are coming from.

It is so scary and shocking that the suspect is a serving police officer.

Imagine that happening with monotonous regularity.

The rumour and it is only a rumour…
He might have used his warrant card to entice/abduct her because her family/friends have said no way would she go willingly with someone she doesn’t know…
Rumours though…
but like you said, her family must be going through the nightmares of all nightmares…
Unlikely, but I hope there is a happy ending somewhere in all this for them

It is shocking, he used his police authority to kidnap her, if confirmed.

We are supposed to trust the police as Guardians of the public.

Dame Cressida Dick should resign immediately. This is not how a civilised country conducts itself. https://t.co/ZEmEe3RmR7 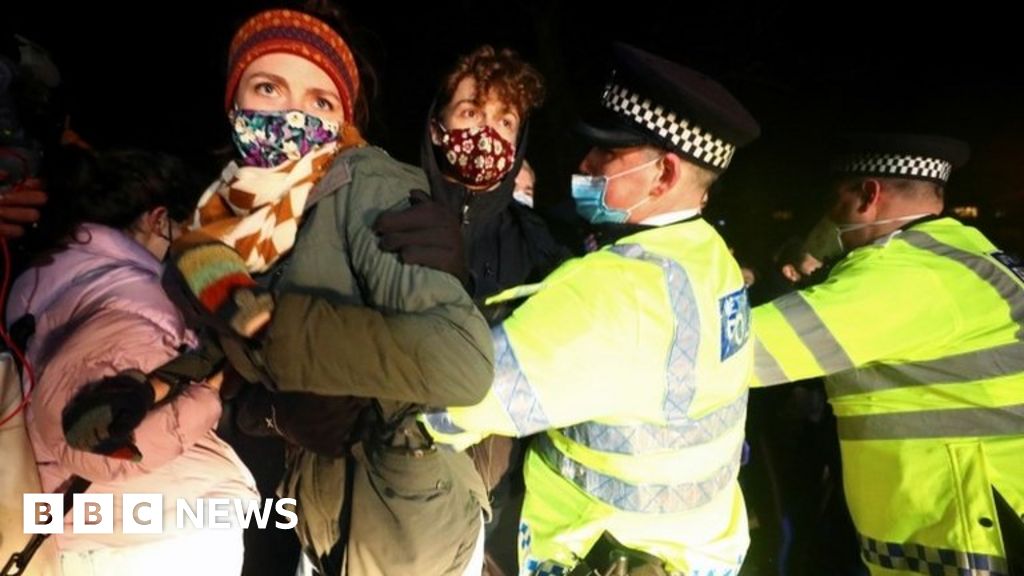 Police remove people gathered in Clapham to mourn the 33-year-old as others hold doorstep vigils.

This doesn’t look good for the Metropolitan Police Commissioner or the Home Secretary.

I’ve just seen the pictures, what are they doing? Surely this could have been handled differently?

Exactly, the tone I am getting, women do not feel safe walking the streets going to work and home, they wanted to do a vigil to show their thoughts for Sarah Everard. The fact that she was murdered by a serving police officer is shocking and worrying. The police used heavy handed tactics at a peaceful vigil, which was unnecessary. They handled the whole situation badly.

Difficult situation. The High Court had, yesterday, refused to approve the gathering so those who went today knew they were doing so unlawfully.

But then this case is specifically about a police officer’s assault (murder) of a woman. Is this how it should have been handled? I don’t think so. At the very least have female police officers taking the lead. Male police officers grappling women protesting about women’s safety from men is not a good look. Even if they were there unlawfully.

I completely understand the lockdown restrictions and all that, I get that but the police could have acted a little more reserved and not so aggressive. This is totally inappropriate considering the overall situation as to why these women gathered in the first place imo.

Who is responsible for this?

The Police Commissioner Cressida Crick, maybe, who may or may not have been acting under the Home Secretary Patel’s orders.

From what I am understanding from social media, the women are angry about their safety. They wanted/needed to show some sort of solidarity, but it is an awkward time with the Covid restrictions and all and it was an unauthorised gathering.

Also, there are calls for Cressida Dick and Patel to resign.

There was talk, that Duchess of Cambridge, Kate paid her respects there as well

It is not entirely easy for police to disperse an illegal demo with no force what so ever.
And they did not use force. Grabbing someone like they did, is not heavy handed. You’ll note that one officer talked to one of the women for several seconds, obviously pleading with her. He was ignored. Then she and the other woman was dragged behind, as is proper in any handling of demonstrations. I did not see anything similar to a punch, I saw one police man reaching out with his arm, then retracting it, perhaps thinking better of it.
Unlike Kopstar, I don’t care about the “look”, only about what is right, pr should not come into it. They did nothing wrong to my eyes nor in the law of any country here in Europe I know of (Norwegian police would have done the same had they ignored warnings, as would police everywhere if they have orders to disperse). There must be complete equality between male and female and no one in this world would have batted an eye lid had it been a man who was grasped and dragged behind.
Criticism must be valid. This criticism isn’t valid at all. For those of you who think otherwise, re-watch the video, notice how the woman refuses to answer the police man before she is grappled.
Heavy handed this was certainly not and the police have nothing to be ashamed of. Note, I am not saying that the demonstrators have anything to be ashamed of either, important enough cause, then you demonstrate even if illegal. But you do so knowing there is a logical risk that you will be forcibly dispersed if you ignore orders.

By the way, I am no “automatic” defender of “law and order” at all. But right is right, the police in that video clip did nothing worthy of critique.

How exactly were they aggressive, Livvy ? I don’t understand that take. They talked calmly to them, pleading with them for several seconds, were completely ignored. Then they grabbed two demonstrators in a non-violent way, using minimum force for dispersal as is proper. They had no dogs, no water cannon, no batons, no nothing that police use if they fear a demonstration will go overboard.
I don’t understand how the UK police can be criticised for this. No one were harmed.
Grabbing someone like that is what they are supposed to do when demonstrators refuse to follow instructions. When I was in the army we trained for mass demos, and even the minimum force we were supposed to use to disperse if a demonstration took place in army locations, were far more “forceful” than this. This is minimum force indeed when it comes to crowd dispersal. The reason why you “take” people like that, is that you aim for the ring leaders, or those you suspect are most stubborn, drag them behind your shield wall with dogs if necessary and etc. I saw no dogs, no nothing, no shields, no force at all. They were simply manhandled in the most non-violent way when they refused to comply with orders. One can clearly see a police man pleading with one of the women, and she doesn’t even respond to him. Then she must be removed.
Perhaps I am damaged by my army conscription, but I don’t at all, understand the criticism.

Covid lockdown. Stay home. Otherwise you’re breaking the law and will be dealt with accordingly.

The people see pictures of Princess Kate laying flowers there as well, without mask btw. That’s probably OK then. I don’t get it. Rules are for everyone?

How can the women trust the Police, when the the victim was murdered by a serving Police officer? Then, you have male police officers being heavy handed. Who can the people trust? They needed to make their voice heard.

They have had enough of being harrassed by the certain dubious people and when it is reported, police say it is not enough evidence. 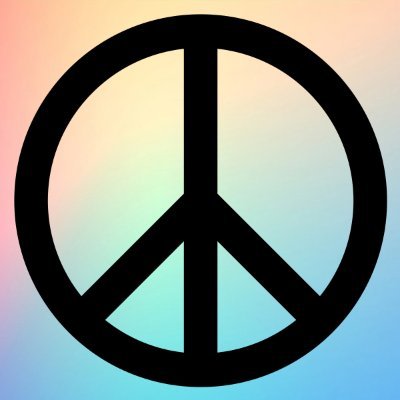 Sure, I have nothing bad to say about the protestors and their cause. But the police used absolutely no violence and minimum force to disperse people. One of the women being pulled back bluntly refused to answer the policeman after repeated warnings (he was talking to her the entire time during the video before she was pulled back). And I will protest you using the word violence about what the policemen did there, that was not violent. It was completely normal procedure when you want to use minimum force as far as I know. What else were they to do ? Ignore their orders to disperse them ? That’s not possible for the police out there, they could lose their job if they did that. You can’t just ignore orders to disperse a crowd. You guys are incredibly unfair towards those police men and women imo.
What on earth were they do when it is obvious from the video that whatever they said was ignored ? The man didn’t even get an answer from her !
Seriously, that these police men and women get flakk for this is incredibly unreasonable in my view. When you decide to go to an illegal demo, and then refuse to follow instructions from police, you can’t shout " Oh my God, I was manhandled!" I am really struggling to think how they could possible have used less force if they were indeed ordered to disperse the crowd.

Sometimes you got to try to imagine how you would enact an order if it was you that was on the line. Talking and warning didn’t help, removing them physically is then the only good option if you don’t want to be an asshole and threaten them with massive fines, which I doubt they did.

Seriously ? Are you not just incredibly unreasonable now ? One police man brutally murders one woman, you blame all of them ??? That is so unfair that I have no words !!!

Look in 2020, there were 253 THOUSAND police officers in the UK. 1 of 153 thousand committed a grotesque murder !!! Police service strength - House of Commons Library
I can’t even begin to understand how you think when you hold 153 thousand accountable for the actions of 1 man. That is so, so, so unfair !

Sorry, this just does my mind in. I cannot pretend to understand how you think when you cast blame on 153 thousand for the actions of 1, Maria. That makes 0.0000% sense to my moral compass. I hope you don’t take offence from this, but please, 153 thousand. Imagine if you had family or friends working as police.

Anyway, I see there are heated emotions, so I don’t want to partake in this conversation about this demonstration handling anymore. But you guys are being seriously unfair imo.

I understand your point, they’ve done what they’re told to do. That’s why I asked who is responsible for this. Yep, I see it as unnecessary violent, that’s how it comes across for me.
And my question was whether it could not have been solved differently, especially since this matter was already too emotional. I have no clue how things like that are handled in the UK and from the reactions I 've seen, most are thinking it’s been over the top.