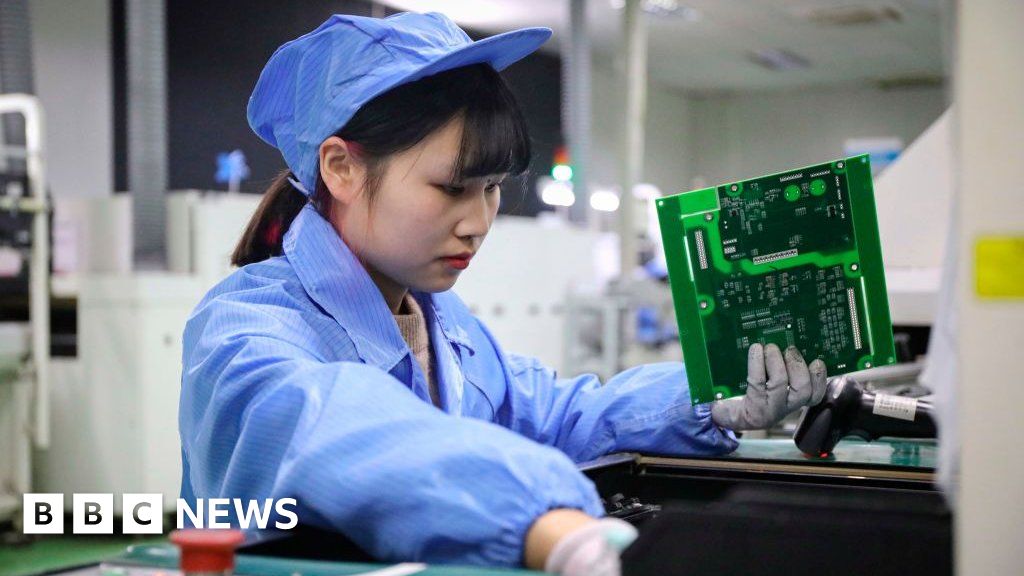 Chinese economy to overtake US 'by 2028' due to Covid

A UK-based think tank says the pandemic has caused economic momentum to shift further in favour of Asia.

I posted this in the US politics thread, but then it struck me that we really need a separate thread for the (current) second most powerful nation on Earth.

I doubt that the Chinese deliberately infected the world with Covid 19. It’s an uncontrollable type of weapon to use, and there are plenty of other ways to disrupt the world economy, presuming that was the aim. However, as Magnus states, totalitarian regimes do handle this kind of situation more efficiently and I have met Chinese people who have used this argument to support their government and it’s policies. The rest of this century will be dominated by an ideological battle between totalitarianism and democracy, and at the moment, democracy is losing. This is the most serious threat to freedom since th second world war.

It’s something layered and never infinite, but it does exist.

Out in the Arctic refuge, yes.

Back on topic, h-hoooow convenient the Chinese economy will overtake the US due to Covid.

Maybe, but it’s just an acceleration of an inevitable development. The damage done to democratic values by Trumpism have also accelerated China’s rise, as have a number of factors this century.

Do you mean that Trumps global image has been of detriment to investment in Amercia?

No, I don’t mean economically. I meant that his attacks on the foundations of democracy, freedom of the press, independence of the judiciary, acceptance of election results etc, have been damaging to the whole democratic idea and this will ultimately aid the rise of an authoritarian state like China. Supporters of their brand of totalitarianism can point to the lack of trust in these institutions to further their case.

I used to subscribe totally to the general idea of western democracy, meaning you say whatever you want, do whatever you want, every human being has their personal liberty to do whatever rocks their boat. But the more I travel in the course of my work over the last decade or so, I now truly believe that a balance of the supposed 2 extremes is needed.

To me Democracy is a political system and its the government who is running the system who must take it upon themselves to do good for the people or else you can have the most democratic of countries and still be a failure. Democracy or Totalitarian is not always the only issue, Accountability to the people is equally important. And as much as democracy has always been dressed up as the “better” system, the lack of accountability to the people can be sorely lacking. That said, that does not mean I prefer China’s system as I mentioned earlier that a balance needs to be achieved. I am quite happy to be living in Singapore where I think we are close to a balance. It might sound oxymoron but I am happy to be living in a system where you are free to do anything within a set boundary. Below is a video that I enjoyed watching Lee Kuan Yew’s take on democracy. Context is that it is decades ago and the person beside him was of course Patten, who was then the governor of Hong Kong. 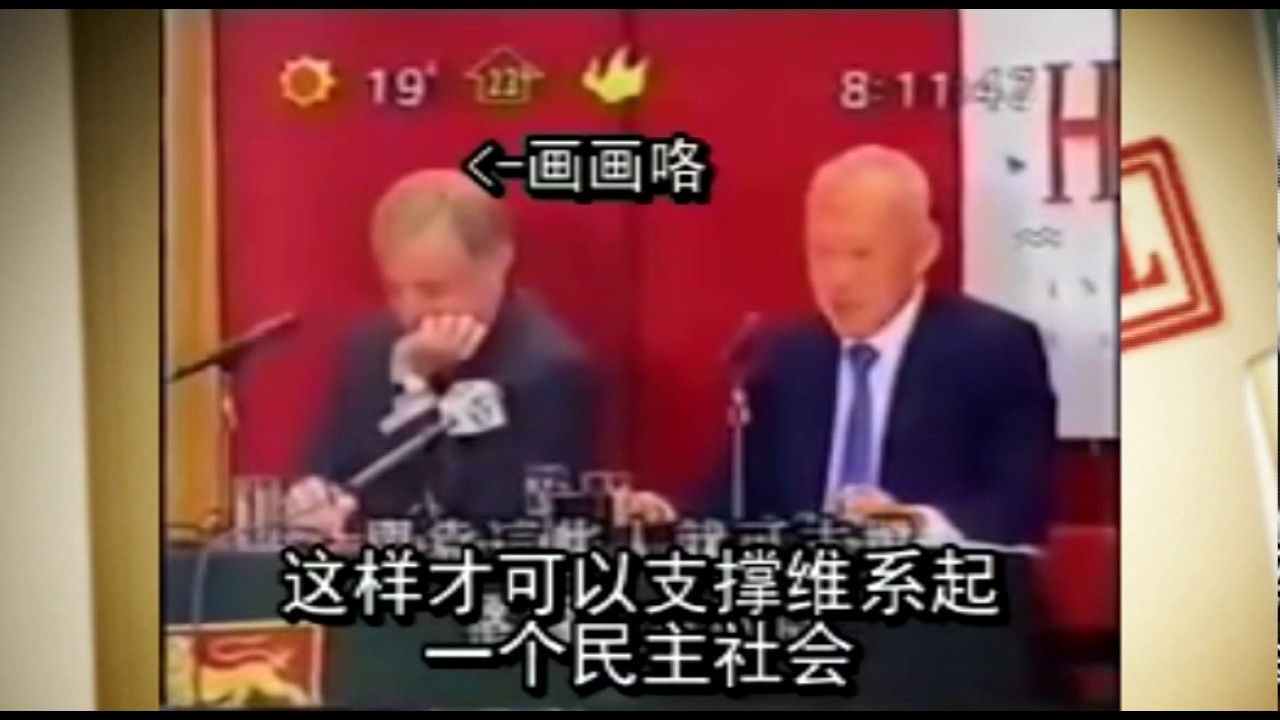 Very good reasoning; although the west having slid into neutrality liberalism will have to bounce and move right; just not as far as the Dynasty.

I am happy to be living in a system where you are free to do anything within a set boundary.

Which is what we all have anyway.

Goes back to my earlier point: true freedom does not exist. I can’t go out and shoot someone just because I want to. Liberty has to have a social balance; I believe people should be able to do what they want as long as it does not impact upon other people.

And that, of course, is the difficult bit.

And that is basically what we see a number of western democracies believe they have, anything and everything is allowed. EDIT: to be fair, not a sweeping statement on everyone in these countries because there are people with sense of course in these countries.

On the side of freedom of press, this is a video of 30 years ago of Lee Kuan Yew on that. Pardon me for posting these videos as I really enjoy watching Lee Kuan Yew and his courageous take on what he believed is right for the country and the people even when everyone else in the room is not. 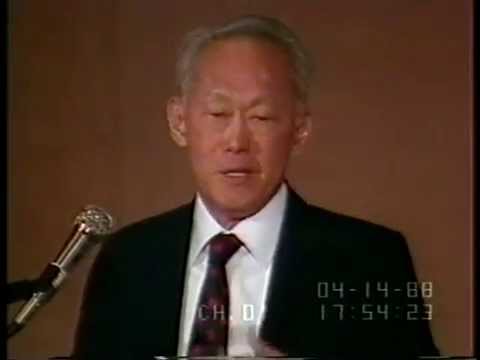 Freedom in a democracy does not mean that anything is allowed. Of course freedoms are limited by the freedom of others. My freedom to listen to loud music has to be weighed against my neighbour’s right to peace and quiet, for example. But that doesn’t mean that freedom doesn’t exist, or that it is not worth fighting for. Millions of people have died over centuries to secure the freedoms that we enjoy, and often take for granted.

Agreed. But in reality, there are simply a sizeable number of people who believe otherwise. Personal freedom should not be trampling on the freedom of others. However, as we see in plenty of democracies, there are people who seem to be blurring that line in reality. And that is probably the challenge. For example, I would never understand the need for anyone in the street to have a gun in possession for self protection but that is what some believe they have the right to do so and as an outsider, I would not be able to tell them what is right for them but that is what I see is the problem: the different personal definitions of democracy.

But democracy is not an absolute. It is always a work in progress, a discussion and a compromise. That’s why discussions about the right to bear arms, or racism, or freedom of speech have to happen. We may not like what the other side are saying, but we still have to listen and argue our case. Democracy is unsettling in that way, and many people may prefer the certainty of being told what to do and how to think, but contrary to the arguments in the video, huge amounts of progress have taken place precisely because of democratic freedoms. Science would still be in the middle ages if inventors and experimenters had not been allowed to challenge orthodoxy. 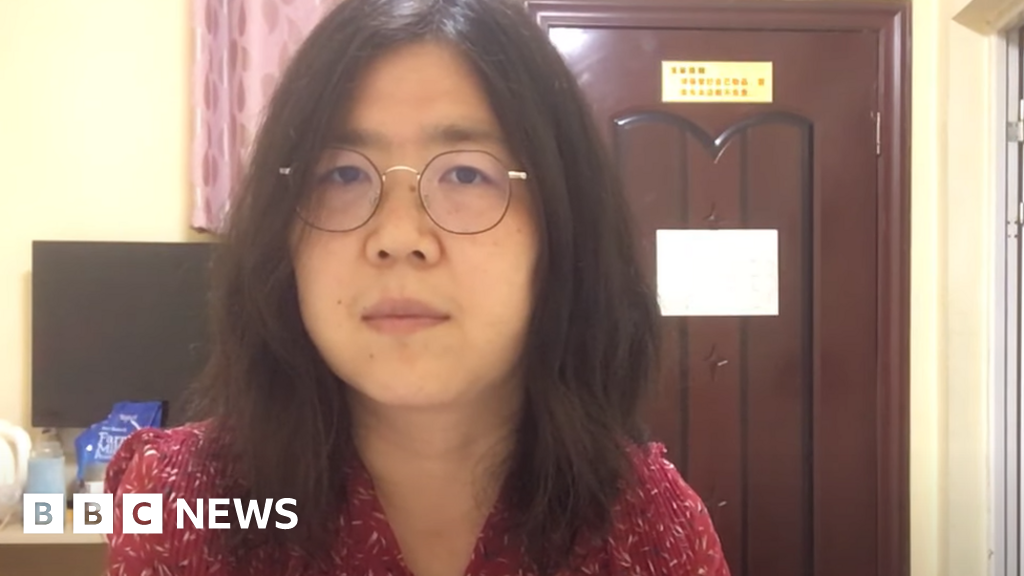 I would challenge that progress and prosperity is achieved through democracy. It might have played a role but it is not definite. Or else only economies which are democratic would be rich and those not, poor but we all know its not always true. But what I agree is that any political system, including democracy, is almost constantly evolving. Don’t get me wrong, as I mentioned, Democracy like other systems, is just a system. The people using the system determines the success and that is not exclusive to the democracy system.

Hurhur that is what I am uncomfortable about China, when I talk to some of my colleagues in China, they would explain why they think it is necessary and fair enough, it is not easy to rule a country of 1.4bil people and ensuring that they have a common goal of achieving greatness for the country but sometimes, I just feel that China in criticising the west of the interference, could in some way, end up becoming another form of a monster they accuse others to be.

Prosperity can be gained by copying the ideas of others, but in the long term authoritarianism will stifle innovation. Of course, the progress of humanity is not only about economic prosperity and we have tried various forms of authoritarian rule for the vast majority of history. The acknowledgement of differing views and the acceptance of individual rights and responsibilities are signs of maturity in our civilisation and returning to despotic government is a reversal of progress in my view.

I don’t disagree but food for thought, I will probably put my conversation with a taxi driver in Taiwan, probably the most democratic society in Asia. When he asked me where I am from, and I mention Singapore, he says, oh wow, Singapore, a country he admires. I asked why. I say compared to Taiwan where the citizens get the right to have a say in almost every issue at stake, compared to our one party government who has been described as dictatorship in some quarters, why would a Taiwanese admire Singapore. He says yes, as a democracy, Taiwan is very successful, they get to vote for many issues that other countries in Asia can dream about. But he says herein lie the problem. They keep asking for votes and balloting and by the time that is done, the government changes and nothing is done. So on paper, its great that their opinions are sought after but many things, important ones, like salary, like survival, like jobs are not properly addressed, so is this system of democracy really good for the everyday lives of people?

This conversation actually was the conversation that sets me thinking on what I said earlier that a balanced system that focus on the accountability of the government to its people is more important than the system itself. Of course, we are not talking North Korea where both democracy and accountability is lacking but we have seen for example, a great democracy political system in India but I would say the elected government accountability is low and the people suffers. We have Singapore, who is like a dictatorship dressed in democracy, as some described, why we don’t get to vote for many things but yet we believe alot in our government because of its high accountability to us.

So at the end of day as I mentioned, to me, you can call it by any name, a system is a system, but what you mentioned like accepting differing views, being accountable are the important actions rather than being fixated on the system because afterall, maybe I am too practical, like what the Taiwanese taxi driver say, what does all these freedom do for them if everyday people cannot survive properly.

Taxi drivers may be interesting interlocutors, but it’s debatable whether we should be deciding the future direction of humanity based on their views.