Circumstances in Which we Met Someone Famous 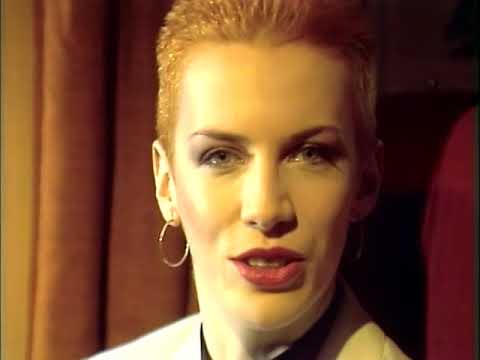 Went to Corfu in Greece in the early 80’s.
I was in my late teens and there was a group of people just a couple of years older staying in the same hotel. At first, I thought they had landed from planet strange because of the brightly coloured hairstyles, weird clothes and their demeanour in general.
As you do on holiday, especially staying at the same resort, you bump into same people regularly, you say hello, that is a strange accent so where are you from blah blah blah… but got to know them over the two week stay a bit better, so couldn’t really call them strangers any longer…
Scottish accents that were hard to catch sometimes, but all in all, just nice friendly people.
Arrived about the same time, and left about the same time. Remember the first time of saying hello, and actually searching them out to wave the goodbyes…

It wasn’t until I was back home for a week or two that I discovered who they were… Although I knew their names Annie, Dave and the like, it was when I was in the record shop flicking through the Bryan Ferry and David Bowie albums that the girls face I was talking to a week or so earlier, was on an album cover staring back at me… Annie Lennox… The Tourists - Later known as the Eurythmics!!
Jeeeeze, in all that time with them, I had never pried beyond the fact that they had a band and did a few gigs here and there.! Thought they must be just be a crappy little group that was hoping to make it big one day… How wrong was I eh.!
Can’t ever recall any bragging from them, never aloof in any way shape or form…
Talk about a Blue/White Scottish complexion, Annie couldn’t go in the sun for fear of getting sunburnt. She had a figure like a pipe cleaner… but boy has she turned into a beauty.!
Dave Stewart had a small pointy beard and imperial moustache the type that curls up like scroll at each end, similar to the gunslinger Wyatt Earp or Doc Holiday…
Really really nice people though…
Suppose, in thinking back, that’s the way it was in those days eh! :0)

I’m partial to the design and history of the North Wales castles (as you do). Sat on a sun lounger in a rather nice resort many years ago. The lady (American) next to us leant accross and started chatting. She asked where we were from etc. After a while she said “My husband is a big fan of Castles, he’d love to visit Wales one day. Hey Alan, these guys live near Wales!” Bloke next to her woke up and said hello.

Met one of my heros, spent an hour talking medieval architecture and design with Hawkeye

Met several famous people, got drunk with quite a few of them. Monty Panesar was a riot but not a patch on Eric Idol.

We had a similar thread to this towards the end of TIA, I seem to recall. I think I’ll keep out of it this time.

It was the pictue you posted of you and Thatcher drinking Champagne that really tipped the boat.

@Klopptimist so who was this Alan!!!

@sandsoftime too bad you posted the video in the beginning, you really build up a story there. So, you liked Annie

Alan Alda (/ˈɑːldə/; born Alphonso Joseph D'Abruzzo; January 28, 1936) is an American actor. A six-time Emmy Award and Golden Globe Award winner, he played Hawkeye Pierce in the war television series M*A*S*H (1972–1983). He has had recurring roles on television programs such as The West Wing, and 30 Rock, and has received critical acclaim for films such as Same Time, Next Year (1978) alongside Ellen Burstyn and his directorial debut film The Four Seasons (1981) opposite Carol Burnett. Alda is ...

He played a good part in The Blacklist also

Not my story, rather one of my friend’s, who earlier today posted this on another forum we both frequent, reproducing it here as it made me laugh:

"I met Oliver Reed once donkeys years ago, a mate and I heard he was going to play at a charity cricket match in Odiham just down the road from me and we decided to go and see it - his pissed-up antics were legendary and we thought we might get a good laugh. We were not disappointed. He rocked up wearing an old rag on his head that turned out to be a venerable England international cricket cap (but we had to ask what the ragged thing on his head was - his indignation was awesome). My mate offered to buy him a pint and we were instantly “good fellows” who he wanted to spend some time with.

"He was then asked for an interview by a lass from the local paper who came over while he was sat drinking with us (worth noting that he was already well on his way before we invited him for a pint) and what followed was just mindblowing. He went on a massive rant, power-talking about nothing in particular, while the lass desperately tried to steer some semblance of ordered questions and failed utterly. He ended up somehow talking about how he had had a tattoo on his cock, or his ‘wand of lust’ as he kept terming it. “Do you want to see?” he asked the reporter, who by this point had completely lost any control of the conversation and was just looking on like a rabbit in the headlights. Without another word he stood up, in the middle of the cricket ground, a celebrity surrounded by families, kids etc, and pulled his cock out to show her the tattoo.

“An absolute legend and an experience I will never forget.”

I was in Inverness airport one afternoon waiting for a flight to arrive…
It is only a small airport but can get busy at certain times. The planes can be seen on the tarmac runway through large ‘soundproof’ panel windows. From the seat I was at, I had full scope inside and across the terminal and obviously people boarding the planes outside.
It wasn’t an obvious noise as such that caught my attention, more a sound of hustle bustle and movement at the far end of the terminal corridor. Well when a sight catches your eye, and it draws you in so your mouth hinges wide open, you even question what you are witnessing, well that is what happened to me.
Probably at this point of the story it would be best explained with a very similar image you can probably all remember very well.
That being of Robert Palmer singing Addicted to Love with the five beauties alongside him…
Only, it wasn’t Robert Palmer strutting along with the bevy of stunners, but Robert De Nero…!
I kid you not friends, there were seven absolutely gorgeous women, all about 5’10 tall, dressed EXACTLY like the RP video above. Hair pulled tightly back, miniscule short skirts, black stockings, stiletto heels, big boobies sticking out like torpedo’s, fox furs wrapped over their shoulders, make-up applied to perfection, red gloss lips pouting as they strutted… Unbelievable…! Two massive bodyguards were in the entourage whilst RDN was right in the middle of them wearing all his golfing attire…!
Swanned through the boarding gate and headed to the private jet he had in waiting.!
To this day I am still trying to work out who copied who between RP and RDN… But both Identical.
Twenty odd years ago and can still remember the vision as though it was yesterday
Lucky Bastard :0) 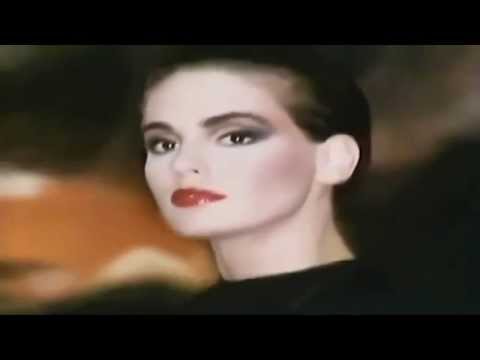 Oooops… Not sure what happened to that last video…
Obviously cut and pasted the wrong clip…!!!
The one above is what i meant to post… Soz

A couple of years ago I was sitting opposite Matt Lucas on a train from London Euston to Lime Street.

He spent the whole time talking loudly on his phone to numerous people. At one stage we had pulled into Stafford station and he finally deigned to talk to me asking where we were. I said, we are on a train to Liverpool. If looks could kill

He moved seat…obviously no sense of humour

Once had dinner and a very pleasant evening in the company of Imran Khan whilst I was working in Pakistan in '97. We were supposed to be discussing the ins and outs of setting up a bus company in Karachi, but ending up chatting about cricket. Does that count?

I have never met anyone famous.

Not sure if this is the right thread to post this,as they arent world famous unless you know boxing but one of my good mates i grew up with and knocked about with in our teenage years,before he turned professional and then moved to London is former WBO Super featherweight World Champion Barry Jones,now a freelance Boxing commentator/pundit for Sky Sports,BT Sports and Boxnation tv.

One of the nicest guys you’ll ever meet and down to earth,Titles and fame never canged him,through Barry and both living in the same street, i know former WBO Featherweight World Champ Steve Robinson,Barry used to get asked in interviews when he was Champion “whats it like being the best boxer in the world?” he always says,i dont know about that,i’m not even the best boxer on my street.

I also lived about 2 streets away from Super Middleweight boxer Nicky Piper (once held the world record for the quickest knock out),i don’t really know him but i always got an alright mate and a nod,when ever i bumped into him half pissed up after a night in my local pub, que’ing up in the chippy nextdoor.

The guy of Bloc Party came up to me after a gig and spoke to me for ages, he thought I was someone he went to school with, to be fair he did get me drinks backstage, it impressed a certain partner at the time.

Mine have mostly been musicians (I did a fair bit of music journalism back at University) or Politicians due to the trade union and Labour membership. I see the leader of the Liberal Democrats in my local sainsbury’s quite often, though he is the MP for the area.

I did have a run of meeting every PM since Thatcher (helped living in a Tory marginal when younger), yet I haven’t met May or Johnson.

I met this model in SA once… 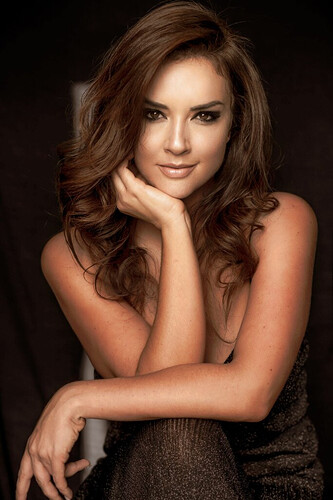