He’d do well for any of them, but it’d be slightly disappointing to sell instead of see how he does on loan at prem side if we decide his future isn’t here this year.

Theoretically, I still can’t wrap my head around not being able to use a player whose strongest gift is putting the ball in the back of the net. That player has to be useful during last 20 of games. But then I also can’t see Klopp subbing Salah or Mane to give him last 20.

Stylistically he may not jive with what Klopp wants, and Klopp has hinted at that in an interview after a preseason game when he said (probably butchering this) he finishes well, but has to work on the rest of his game. So maybe Brewster is fighting uphill battle.

If he’s sold, it brings up some questions. Thiago and Gini? Reinforcements needed elsewhere in squad, and Brewster the best way to get the funds (for a cb let’s say…or a wide attacker instead of a central player)? Origi staying? Minamino make him expendable?

I wouldn’t be devastated, as I really can’t actually see him getting any major minutes this year barring an injury or two, but a loan to prem to see how he does make sense before we sell.

Palace can f*ck off immediately if it’s a loan, don’t want him to go there.

Out of others, it’s interesting that Villa were also in the race to sign Callum Wilson (he’s a Villa fan). Callum said it was more 50-50 as time went on, but he already decided for Newcastle.

Sheffield would be the best option for him, good manager and a decent team. If Brewster goes does Origi stay, or do we get someone else in?

That’s been it for me. Origi can’t make it happen as a starter, he’s ok as a sub and got some big goals I know,l. But if we lose someone ideally we need like for like or our game changes. Mino maybe slots in?

Forwards are expensive, finding one that presses and works hard off the ball is tough, look at sturridge, benteke neither did that either in a Klopp team. Brewster is another Ings in the making, a good Benteke, poacher not presser. Just my take. 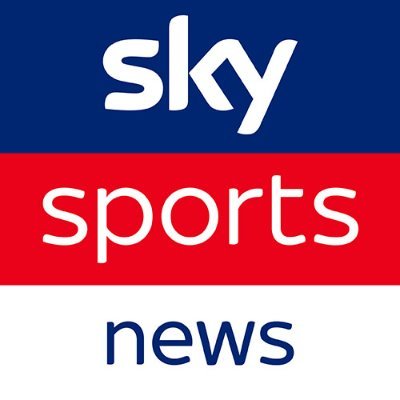 Liverpool are considering allowing Rhian Brewster to leave on a permanent deal in this transfer window, with the possible protection of a buy-back clause.

“Protection of a buy-back clause”

WTF is this shit.

All the “big teams” do it now.
Its their way of saying we dont rate you but if you do become good we get first choice when you move on.
If i was the player id be like, fuck that - you didnt believe in me a few years ago Im not coming back here…unless you’re winning every thing then ill be back

I wouldn’t sell him now, there’s room for a full/better loan than last season and it would possibly open up more options next summer. There’s still a decent chance of him improving and being a useful player here.

Even if he doesn’t have a good loan, we could probably get £20m next summer. He’s young, English, a goalscorer, that will always attract hype/interest. No need to rush, I hope he’s not one of the alternative sales now if we have to raise money for Thiago and the whole Gini/Grujic/Wilson situation is dragging on too long.

Klopp has a clever way of telling things in interviews without being too direct. I feel he wants to say that Brewster isn’t involved in the game enough. That’s okay, but then he’s also young and missed quite a bit of learning when he was out injured. Perhaps he can teach it? I don’t think that’s impossible because didn’t he play as more of a general forward than a pure striker when he was younger? I know that was a long time ago and at much lower level. I’m just looking at arguments from both sides.

Maybe Klopp thinks, if you have pace and mobility, why can’t you do a job at LW like, par example, Greenwood does at RW for United. Just to throw an example.

We’ll see what happens, we’re in a good situation. Brewster is young and good. But maybe as fans we have to realize that he isn’t as highely regarded as he is among us and that’s it. The way we work, it might also sometimes be a case of taking the money a bit sooner than usual. Hope it’s not this summer though.

Maybe Klopp thinks, if you have pace and mobility, why can’t you do a job at LW like, par example, Greenwood does at RW for United.

The day Klopp starts stealing ideas from Solskjaer is the day I will start to get really worried.

That’s not a buy-back clause then.

Very possibly, but in this case a big part of it is surly driven by Klopp’s own words about him prior to the injury.

As impressive as Brewster has been with the goals, for this sort of thing to happen proves a few things. One being the club is probably looking to amass funds through his sale. He is a hot enough commodity right now that people would buy him. Unlike Wilson, who is just not as highly rated enough as players like Ollie Watkins or Rhian are.

The other reason probably being , Jurgen and the staff don’t trust Rhian fully to do a job that is asked of him. They probably trust Origi more in that regard, and realise that Origi isn’t going to cause problems if not picked to start regularly. We never hear anything about loaning or selling Neco or Curtis , because Jurgen and the staff have full confidence in both those players.

I did mention during the season that most youth players cannot make it at Liverpool. Simply because they are youth players and if you have 10 talented youngsters, perhaps only 3 at most would come good and play a direct part in the squad rotation or match day considerations.

Personally , I hope Rhian maybe changes the clubs mind and they decide to keep him and let him have a good run out. But based on the Charity Shield and then how these rumours are popping up. I do not think Rhian will be at the club for the coming season, whether it be on loan, or what I think will actually happen, through transfer for a sizeable fee.

It’s a weird one this. A young English talent that everyone had very high hopes for now being considered to let go for a measly £20m ?

I’m not sure how good the reporting is on this but something doesn’t seem quite right about it.

“Protection of a buy-back clause”

WTF is this shit.

Perhaps we need the cash.

We always need it, titles or no titles. It’s our destiny.

As I said over on TIA, I honestly just don’t think he is good enough. He has so far to go to match our first team players - and I don’t mean in terms of learning to be a mini-Firmino but in terms of his general skill level he just falls short for me.

He’s an excellent finisher with good movement. That’s pretty much it though. Every other aspect of the game he is lacking in and its not all his fault, he can’t help that he used to be absolutely rapid until the injury and now he’s just fairly quick. He can’t help that he spent 18 years developing a body like a sprinter and now he has to try and pile on muscle because he can’t run that fast anymore.

Honestly, £20m and I’d happily take it. Yes I know our fans will kick off and twitter would be a cesspit for three weeks but he isn’t the answer for us and I have serious doubt he ever will be. Hope I’m wrong, I really like the guy - he’s an excellent ambassador for his generation and never gives less than his best but the improvement required just seems a step too far.

If any of our youth players are going to be starting at centre forward for us I can only see it being one of the U18s (Blair and Musialowski are new but have shown promise, or at a push Stewart who I’m not sold on) and none of them are slam dunk top prospects either. Maybe if Elliott one day transitions into a central role he would be capable but again, these are long shots.

It’s really hard to be good enough for us especially in a role so vital as the centre forward. Keep Rhian around and give him a run in the team, that’s fine, but if someone does throw £20m+ at us then I’d take it all day and I suspect we will be hearing in 12 months time about how “Edwards has done it again” and ripped off another club.

I havent seen enough of him to say if he is good enough.
Before the injury I thought he looked average - a million miles away from when I saw Owen and Fowler make their debuts.
He done well at Swansea but maybe thats his level?
Will need a replacement though.

I havent seen enough of him to say if he is good enough.

Every time I see him play he reminds me more and more of Ruud van Nistelrooy, not a good football player (did you know that Johan Cruijff once said that van Nistelrooy could not even play football, the whole of Eindhoven the city where PSV plays where furious since he was playing for them

) but a great finisher who stands in the right space just to shoot or tap it in. We can use a level headed bloke who keeps his cool in front of the goal.

To be honest I’d be more tempted to keep Brewster and let Origi go for £20m but I will concede that I haven’t seen enough of Brewster to really comment properly on his all round game but he does seem to have a knack in front of goal. That counts for a lot IMO

We can use a level headed bloke who keeps his cool in front of the goal.

I take it you didn’t see his penalty last weekend…