It is starting again. Whilst most on here (and probably our club too) don’t seem to care much, it still has some romance for me…but maybe I am clinging to the memories of bygone triumphs. If we ever do reach the final again, I can guarantee Wembley will be bouncing…

The FA Cup is back…

The BBC will show the FA Cup preliminary round game between Sheffield FC - the oldest football club in the world - and Sherwood Colliery on Saturday, 21 August.

The game at the Home of Football Stadium will be broadcast live on the BBC Red Button, Sport website and iPlayer.

Sheffield FC, in the eighth tier, were formed in 1857 and first took part in the FA Cup in 1873. This is the 150th anniversary season of the competition.

Sherwood Colliery, who are in the ninth tier, are only in the FA Cup for the third time. The Nottinghamshire side were formed in 2008.

It will sound weird but Cups are my second favorite competitions behind European competitions.

I don’t think Klopp/LFC underestimate the domestic Cups. But we have to live within our means and the early Cup games were rare opportunities to rest our key players while our ragtag band of young and fringe players simply weren’t good enough to take us too far.

But this season could be different. Even if we rest Alisson, Trent, Konate, VVD, Robertson, Fabinho, Henderson, Thiago, Salah, Jota, and Mane; we can field a team with the following:

Even if another 3-4 players are missing, there’s still enough quality. But more importantly; most of this lot are seasoned campaigners and are familiar with each other & with Klopp’s strategies. So it will be totally different than a bunch of Academy lads and the likes of Origi etc.

It depends on the draw.

Klopp’s job this season is to get around 95 points in the league and go deep in the CL. That has to be the priority. So in the domestic cups we’ll have to play lads well outside the first 11 and U23s.

What would really, really help is not drawing fucking Chelsea or Everton in the third round.

A decent run to the semi’s playing a mix of League One and League Two sides, like City get every sodding year, gives us a good chance.

So in the domestic cups we’ll have to play lads well outside the first 11 and U23s.

I don’t understand this.

Man City in that time had
WHU and AV same year and went out Chelsea 5th round.

Had a route to the final that was Rotherham, Burnley, Newport, Swansea, Brighton and Watford.

Another route to the semis that was Port Vale, Fulham, Sheff W and Newcastle

And another involving Birmingham, Cheltenham, Swansea and Everton last season.

The fact our third round or fourth round seems to be the tie of the round every year says it all.

As for the league cup bin that off I really couldn’t care frankly and it’s only got a history here because it’s the first cup you can win in a season. And we usually get drawn someone difficult in the fourth round of that as well.

Thanks for posting this. I had no idea there was a Sherwood Colliery team. I grew up less than a mile from the real Sherwood Colliery. Most of my schoolmates had fathers who worked there. My Dad worked in all the local pits fixing plant machinery before they started to close in the aftermath of the miners strike so I will definitely be cheering them on.

As for LFC it used to bother me when we fielded weakened teams a few years ago because I considered it one of the few trophies we could actually win as pre-Klopp the idea of winning the league didn’t always seem a realistic one. These days I’m a boring pragmatist accepting that the league and CL are the priority and that even JK himself, who I’ve always had down as a footballing romantic, doesn’t seem to have much time for the Cups. It doesn’t help that we get such terrible draws. If the draw is kinder to us then I’m sure we’ll give it a go. It would be great to see us back at Wembley in a Cup final. Been far too long now.

Providing we don’t get ravaged by injuries again then there’s no reason why we can’t put out competitive teams in the cups this season.
That said, the FA Cup starts in January and the CC semi’s are around the same time when we may be missing a few players due to the AFCON. Could be a factor.

I can’t see Klopp bothering with the CC to be honest, hasn’t since he reached the final in his first season.

Would be nice if we get some easier draws this season in the Cups. Albeit they are lower in priority, would be nice to add some domestic silverware.

It’s strange how this famous competition has just diminished in stature for me personally (apparently lots of others as well). I can’t quite put my finger on it. I do think it had/has something to do with the overall amount of games and our inability (squad wise) to put it up there, over the importance of getting into top 4 and doing well in he CL.

I used to watch any FA cup game that was on, now I just watch LFC games, and check the scores when we get knocked out, and maybe watch the final if it’s not a hassle. Another slight issue these days is legal coverage, and I definitely don’t want to add a channel to my TV bill in order to just watch the FA cup. So I guess FA greed (assuming they control TV rights) has helped lower the importance of this competition for me as well. I also think a few years back, when we were in world club competition, and the schedule was so inflexible, that was the final nail. Just so many little things have screwed this competition up for me, and it seems like it is beyond repair.

So all LFC ties, 100% focus, support, goes without saying. The competition can go play with itself. I would like to see Wembly in real red again!

It’s exclusively BBC and ITV in the UK this year, be interesting to see how it works like that.

I have BT via a mate but it does feel more of a hassle than Sky for some reason. Like I have access but I couldn’t be arsed putting the Man Utd game on sorta of second guessing the result mins.

It’s the FA Cup that made me fall in love with football on TV and eventually Liverpool.

I think it all depends on how our squad is from injuries perspective and the kind of teams we face. If we are again struggling in multiple fronts due to injuries, I would totally understand why Klopp would prioritize the PL and CL ahead of the domestic cups.

Having said that, if we have a fit squad I see no reason why we can’t put a side as good as any in the cups and come out on top. I see winning any cups/ titles as a must, since it builds in the winning mentality and us wanting more. Just hope the players who play take it absolutely seriously and give it their all, about time we add more of these cups than just being their for the sake of it. 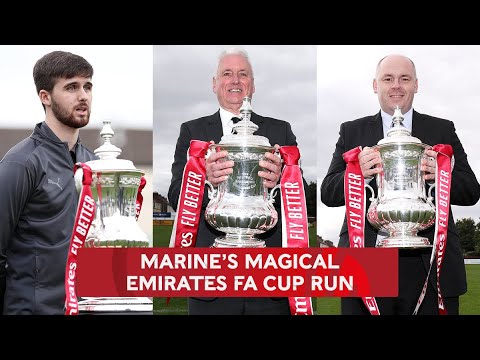 Hopefully my hometown team can make it, it’s probably the very few times I check how Southport are doing nowadays, when they were conference I’d check every Saturday but Conference North is beyond tedious to follow.

Only time I ever went was a cup game and a mates father ran on to fight the ref however he tripped over and was dragged off.

Corinthian Causals who are local to me now are also playing…

32 matches Saturday, and another 6 on Sunday.

That is a LOT of football.

One on Monday too

All on terrestrial tv this time out in the UK. 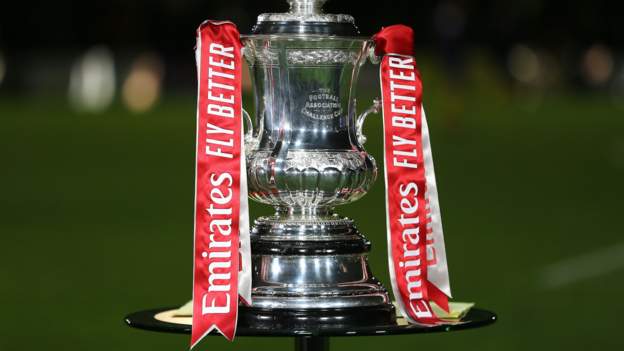 Seventh-tier Buxton, the lowest-ranked side left in the FA Cup, will host League One Morecambe in the second round.