A thread dedicated to the greatest moments of our clubs history.

Olympiakos, West Ham, Dortmund, Istanbul, Barca, Alisson and I’m sure there are some more.

After everything we went through this season. Not being able to celebrate the title. Covid. Empty stadiums. Injuries. The Super League fiasco. Bad decisions by officials and VAR and other stuff thrown at us.

And on a personal level the passing of Alissons father and not being able to travel to brasil to be with his mother and family.

His goal deserves to be mentioned in this thread and surely the moment of the season.

Some of those football gods are truly reds.

I’m typing the first thing that popped up in my mind: Benayoun’s goal away to Fulham in 2009, away end going berserk, camera centred on some kid celebrating with his father. Beautiful, beautiful scenes. More than twelve years ago but I’ll never forget that feeling. We were fighting a losing battle in Premier League but that goal was the first moment I genuinely felt that Liverpool were in the title race and that’s why I insisted last year that I had been waiting for the title for eleven years, even though I’ve been supporting the club for about two decades.

The second one that popped up was Mane popping up with that beauty of a header in the extra time at Villa Park last season. I spent the majority of the game working out all different scenarios of point difference between Man City and Liverpool and lamenting a clear goal that Firmino was denied by VAR. That moment changed everything for me, though, it was the first one when I sincerely thought, from the very core of my soul, that Liverpool might actually win the title.

I’m really looking forward to people reminding me of such moments, we tend to mention the “bigger” games but there are so, so many even in the worst of seasons.

I vividly remember that Fulham game. We hit the post 4 times before Benayoun scored really late. Fans singing “we are going to win the league” afterwards. Sadly it wasn’t meant to be thanks to Howard fucking Webb and Macheda of all people.

Anyway, Gerrard’s rocket at the last minute of the extra time in the FA Cup final in 2006 was another one of those miraculous Liverpool moments. 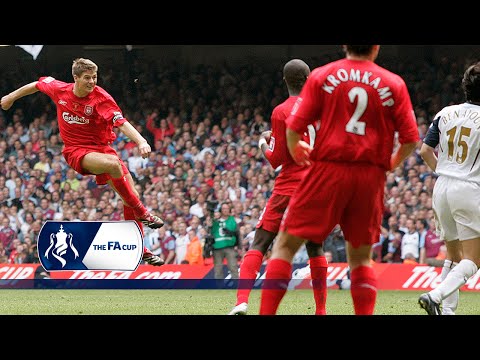 3 nil down after half an hour… 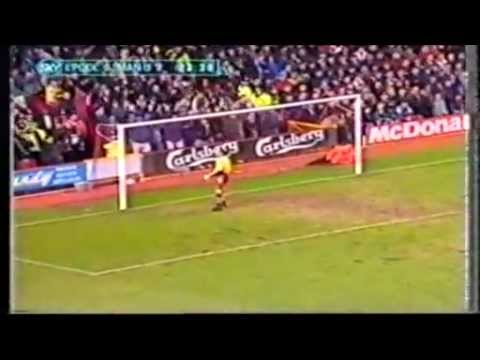 Other than the usual bigger games, for me this was one of the earlier games in Klopp era that laid the foundation of us becoming the mentality monsters.

If we’re talking miracles then Origi’s winner against the BS surely gets a mention. I don’t think I’ve seen a more ridiculous goal. Virgil skying a 30 yard volley miles up in the air. Then it lands not once, but twice on the top of the crossbar and back out on to Origi’s head. In the 6th minute of added time. Klopp running on the pitch to celebrate. Just a crazy, magnificent moment.

This one hasn’t been mentioned yet? I still hold it dear in my memory. 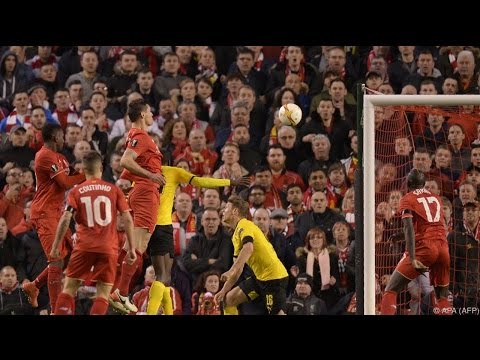 That Villa game certainly sticks in my mind regarding last season.

16 years… That day I went for an exam and interview for a new job. I fucked it up completely because all I could think about was the match. Then after that first half I couldn’t have been more depressed. I was praying at half time. Not for us to win because that would have been just too ridiculous. I was praying that we didn’t end up getting thrashed. This is one of the very few times in my life that I have suspected there was some kind of divine intervention. Not only did we win the CL I also got the job.

I listened to the Villa game parked up in an Aldi car park near to the Etihad. We were one nil down near to the end of the game. Something popped up on my phone showing us wearing the white kit. I had the dark away top on. Luckily I had the white top with me. I jumped out of the car and changed my top.

The rest, as they say “is history”. Not a ‘miracle’, just a change of shirt.

As for other games mentioned here? Origi’s 96th minute winner, skinned my shins to buggery on the back of the seat in front. I didn’t realise until I was getting undressed for bed an there was blood on my shins.
Dortmund, at 3-1 down I told the lad next to me that we were winning this one 4-3. He laughed at me. At full time he asked me how I’d known? I told him that it’d had the exact same vibes as St Ettienne 77 and Olympiacos 04. I also had the same feeling pre Barca 19 which nobody has mentioned so far.