Guitars, Guitars and more toys that go with Guitars

but if anyone have any recommendations, I’d love to hear them

Gotta love those fanned frets though, a solution to a problem no one knew existed in the first place.

Gotta love those fanned frets though, a solution to a problem no one knew existed in the first place.

I have both fanned and regular fret guitars. Tend to agree with you. Doesn’t really provide a lot of tangible benefits.

Thanks @koptician, but I think these are a little rich for my blood, I might need something a little more, erm, basic

I’m leaning towards the Yahama TRBX174, but I’ll check out the BB range too. I’ve had good experiences with Yahama kit in the past.

Good advice on testing it out first, I’m hoping to check out a couple of shops next time I’m in London, it makes sense to see how it feels before buying.

Thanks @koptician, but I think these are a little rich for my blood, I might need something a little more, erm, basic

If possible, whatever you get, I would strongly suggest trying it out, make sure it’s comfortable to play and sounds good to you.

So I bought one of these Harley Benton’s after some great reviews. It’s a project guitar. See post 1156.
I’ve already bought some locking tuners but what are the picks best ups? I’m looking for a heavy sounding pick up.
Any suggestions? Thanks.

Edit…I’ve just seen these. Any good?

EMG JH James Hetfield Signature Guitar Pickup Set - Chrome. The tried and tested metal combo in the rare metal work chrome finish. They are no longer remade like This with the full metal surround, now only the top with plastic sides etc ...

I’ve always wanted to have Seymour Duncan pickups because they sounded great in my first guitar (their classic JB/Jazz combo) but I somehow always managed to run just into EMGs after selling it. From my limited experience, you can’t go wrong with Het Set (and I think it’s a good price if they really are in mint condition). They are based on 81/60 set that I have in my LTD but have better defined lows and highs, for lack of better words. You might want to check SD Invaders or Blackouts if you’re looking for heavy sounds, too.

That said, while SDs and EMGs are the standard these days for majority of players, there are boutique options that were already mentioned here, like Bare Knuckle pickups. I haven’t had the chance to try them (they are expensive and difficult to acquire for most people in Balkans) but a friend’s friend, who’s a renowned luthier, can’t praise them enough. They have some really high output options, so you might want to check them out.

If you go on the Seymor Duncan website all their pickups have sound samples on them. That might help

My godfather is looking at a South Korean-made LTD H-1001 with Pegasus/Sentient combo - thing is, it’s far away and neither of us can try it. How would you compare them to JB/Jazz combo? 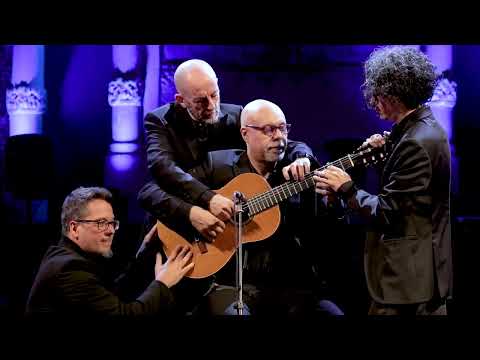 This is what happens when you only have the one guitar to go round… :0)

Well I have a right ding dong of a week.

You know that ESP I bought, well I got talking with a guy on eBay and he ended up buying it off me for what I paid.
I thought I’d put the money towards the Ibanez on one of my previous posts.
The guy received the guitar and then I got a email saying I had to give him his money back as there was something wrong with the posts (by bridge) and they weren’t set right. I had no idea what he was talking about.

So I took it to my guitar repair guy as I was going to have nut changed anyway.

Told him about what had happened and he looked at it and said there’s nothing wrong with it. He said no posts on a curved surface could be entirely flush.

Went back to the guy on eBay and said my guy could see nothing wrong with it and his reply was well he can’t be very good then.

If you lived close to me, I’d buy that guitar off you or find you a buyer in less than a day. There’s no way that anything can be wrong with a South Korean-made LTD, that guy just wanted to make up an excuse to drive down the price.

I think he either changed his mind or his wife was on his case about buying another guitar.
I still may well sell it when I get it back so I’ll message you if I decide to do so. It’s currently having a new nut, set up, new strings and general service.

Is there anything wrong with the below? Well, that would cost a £100+ repair or was the bloke just talking crap?? 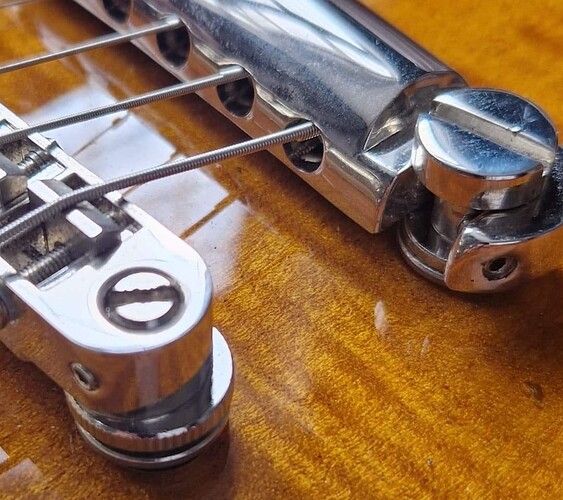 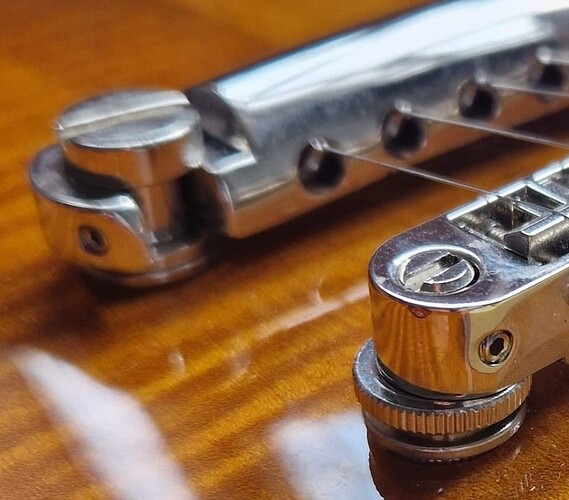 Difficult to say but sounds ominously like bollocks to me. The posts need to be vertical and if there’s a contour on the body that will never sit flat. Just impossible. Provided on part is touching the body he’s talking out his arse.

I was at rehearsals last night and I checked out my mates Les Paul.
His posts looked the exact same as mine so this bloke was clearly spouting shit. 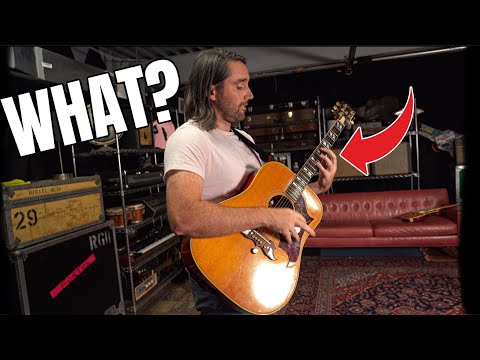