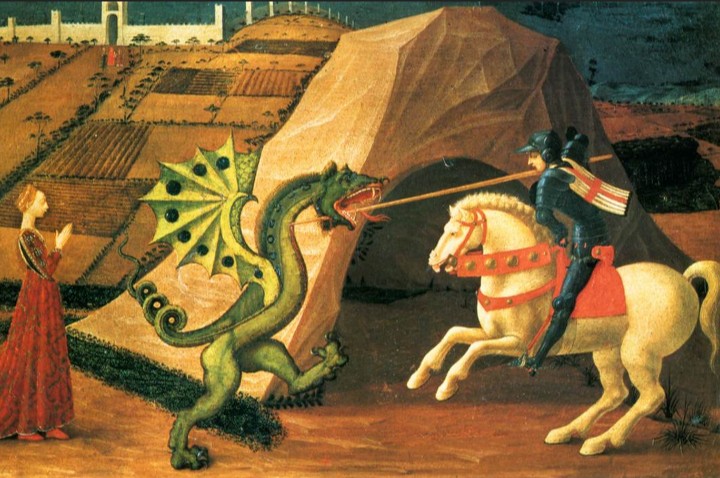 Happy St George’s day everyone. Might celebrate with a beer at lunchtime in the local pub garden. Rock and roll!

Some facts for those who don’t know much about St.George’s Day

Have a good un to those that celebrate it!

That omits to mention that anyone who even mentions, let alone celebrates, St George’s Day is obviously an overweight skinhead who voted Leave, is a member of some far-right organisation, drinks Stella and beats his unfortunate wife/girlfriend.

Can’t tar everyone with the same brush. But some of them certainly are like that.

It is a bit weird though.

Oh, to be in England
Now that April’s there,
And whoever wakes in England
Sees, some morning, unaware,
That the lowest boughs and the brushwood sheaf
Round the elm-tree bole are in tiny leaf,
While the chaffinch sings on the orchard bough
In England - now!

And after April, when May follows,
And the whitethroat builds, and all the swallows!
Hark, where my blossomed pear-tree in the hedge
Leans to the field and scatters on the clover
Blossoms and dewdrops - at the bent
spray’s edge -
That’s the wise thrush; he sings each song
twice over,
Lest you should think he never could recapture
The first fine careless rapture!
And though the fields look rough with hoary dew,
All will be gay when noontide wakes anew
The buttercups, the little children’s dower 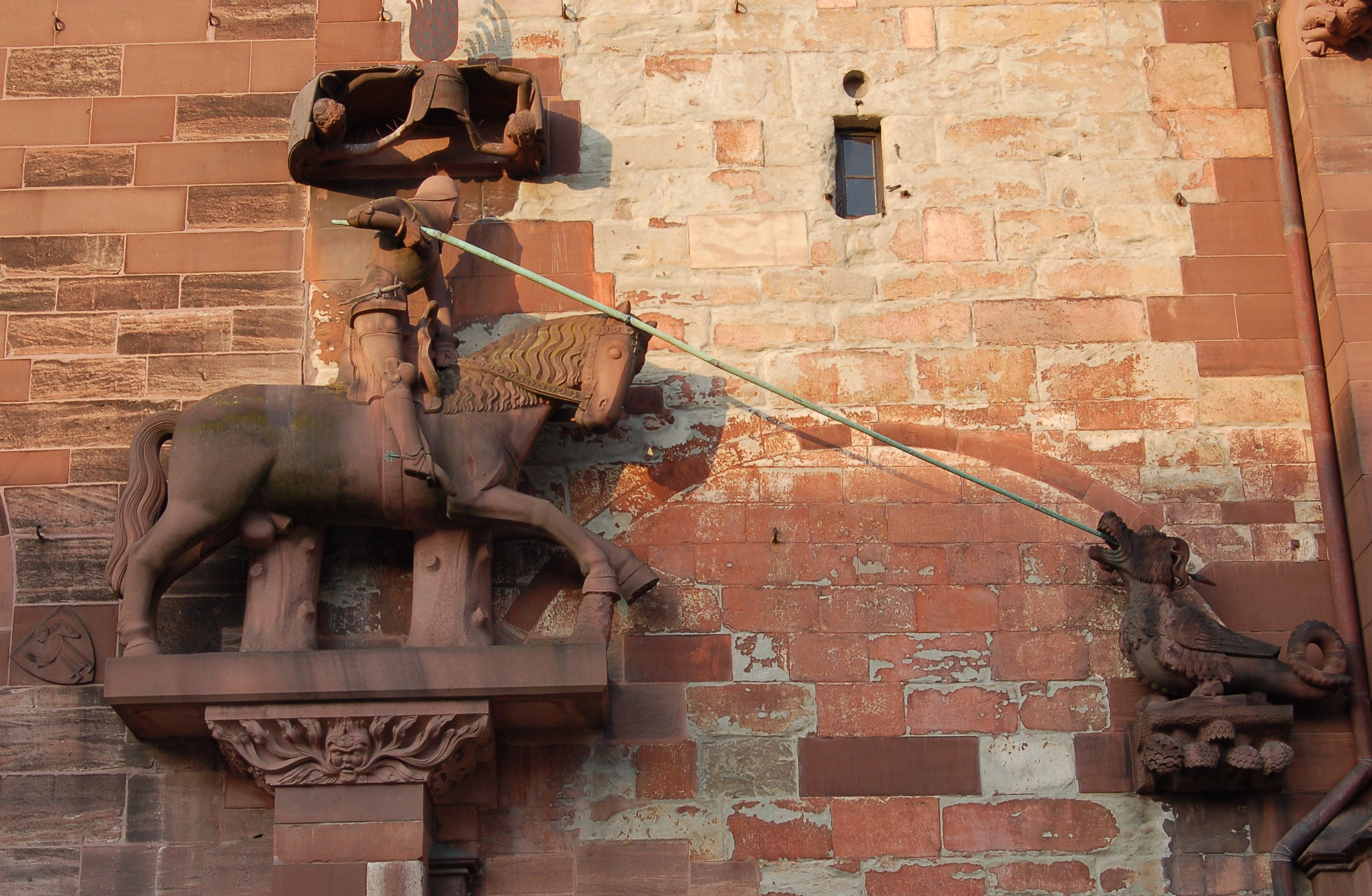 I always liked that sculpture, it’s a part of my early childhood. Every time we went to the Minster in Basel, my grandma and me would stay in front of it for a while and she’d tell me the story. The dragon isn’t very impressive to be fair 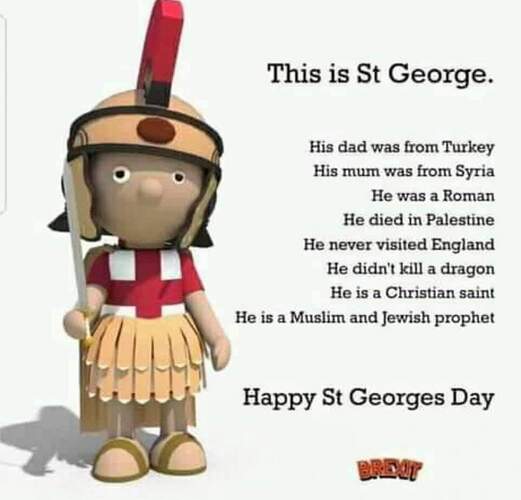 We should change to Boudicca. She actually was British, she fought foreign oppressors, she was a plucky underdog and a heroic failure. She wasn’t Christian. That’s a petition I’d happily sign.

Boudica isn’t a saint though. That’s kind of essential in a Patron Saint. Saint Thomas Becket doesn’t really have the same ring to it, nor the same heroic backstory as St George. In any event, I don’t think it’s necessary that the saint ought to be the nationality of the country - I mean, most of them aren’t!

St George is a pretty good example of multiculturalism! Definitely somebody to admire.

I’d dispute the whole saint concept to be honest. It narrows the field to Christians approved by the Vatican. Is that what we want? National figurehead maybe? Top Brit? English treasure?

At one point Jimmy Savill was an English treasure, would you want him?

I do get your point though, the problem is that those put on the highest pedistal tend to fall the hardest

I’d dispute the whole saint concept to be honest. It narrows the field to Christians approved by the Vatican. Is that what we want? National figurehead maybe? Top Brit? English treasure?

Yes, that’s fair enough. Some sort of national role model? Wasn’t Winston Churchill voted the greatest Britain a few years back? He’s not exactly without controversy if we’re thinking of putting someone up as a figurehead of national pride. You probably have to go back far enough in history so that there’s less known about more shameful aspects to an individual’s character!

Boudica wouldn’t be a bad shout in that regard. Others might be:

Oh…Shakespeare would be another good one. Today’s the anniversary of his death (and perhaps also his birthday, unknown) so we wouldn’t have to change that either.

We should change to Boudicca. She actually was British,

Not a bad shout for a pan British figurehead, but if it’s specifically an English one you’re looking for you can’t really pick someone who predates the Anglo Saxons.

We should change to Boudicca. She actually was British,

Not a bad shout for a pan British figurehead, but if it’s specifically an English one you’re looking for you can’t really pick someone who predates the Anglo Saxons.

Why not? Surely the closer you get to the beginning of our story the better

Why not? Surely the closer you get to the beginning of our story the better

Because it’s not really the “English” story.

Ok, but that really rules out St G. Pretty hard to find someone who represents all the waves of migrants that have come to our shores if you’re going to take that view.

To be honest, as an atheist, I’m not really on board with the whole national saint concept, and, as a democrat, the idea of a single person to represent all the facets of a society doesn’t fit my worldview, but I do acknowledge the importance of symbols to people’s identity. It just feels like this one could be improved on.

How is she viewed by the Scots, Welsh and Northen Irish?