The less said about your little fella the better…

Was very impressed with his little cameo against Norwich. It was the perfect situation we all want for introducing a young player.
I for one am really excited to see how far Harvey can go. Klopp obviously rates him highly. I think he’ll be used more than most seem to think.

I think he’ll be used more than most seem to think.

I think many are forgetting this is now actually his third season as a senior pro (technically 4th if count minimal time on the pitch at Fulham) and he’s already had the softly softly easing in first season with us before he went on loan. Due to the loan he now actually has plenty of playing time behind him. Klopp is free to use him as he sees fit, whenever he’s happy with his understanding of the tactical instructions, something Harvey seems quite adept at coming to grips with. I completely agree with you. This isn’t like Brewster when everyone thought he would be used loads and then disappointed he wasn’t, Elliott (despite being younger) is further along with us than Brewster was at the point he was sold.

I think the Brewster comparison quite apt. Harvey is much further along in his development. Also, at this level it seems as much mental as physical skill set that sets the elite talent apart. Harvey clearly thinks he is capable of mixing it with the best of the best whereas Brewster seemed less sure of himself.

They seem to have very different characters so much so I don’t feel there’s a comparison to have.
Brewster had an injury set back that always put a question mark on his developement.
As he left I think any comparisons with Brewster come with a certain bias toward the player who is with us.
Perhaps what we can say is Elliott is more versatile hence a better fit for Klopp. Even so I liked Brewster his character and what he had to offer. He certainly didn’t lack confidence in his ability, one might argue he was over confident.

With Brewster he was entering his first senior season and people thought he’d be counted on and play a lot because of all the good sound bites. That was the equivalent stage for Elliott two summers ago. Elliott then spent a whole year here getting a couple of tastes whilst Brewster was harshly thought a “disappointment” because he played even less than that in half a season. But that was because expectations were too high, he was really being counted by people as part of our depth in attack and a reason why we didn’t need to recruit.

Brewster then had a promising half season loan whilst Elliott had a great full season loan. Elliott now is literally twice as bedded in as Brewster was when we sold Brewster. But people are now once bitten twice shy and downplaying the potential of Elliott in the here and now because Brewster didn’t work after the expectations that Summer. But Elliott is far further along now than Brewster was then.

How anyone can ignore Brewsters broken foot and ankle injury at the same stage as Elliot is now is beyond me!

Maybe to be clearer with my point, I’m not really talking about character but mentality. When Harvey is on the field he’s demanding the ball because he believes he is as good as Mo for example. Obviously he isnt yet, but that power of arrogant belief is evident. Couple that belief with great technique and it’s an explosive combination. I never got that feeling from Brewster.
And I totally agree to your point the injuries really set Brewster back in his development.

I just thought ARDs comparison was a good and interesting one. Its those incredibly fine margins that separate the very good from the truly elite.

I just have this feeling from watching Harvey that he could be truly exceptional and while many are saying he’s too young to contribute meaningful minutes, I think we may be surprised at how many minutes he does play this season.

I’m not really talking about character but mentality.

I understood that however character and mentally go together.
Brewster always came across as someone ‘nervous’ who had high regard for those with experience around him (wishing to learn and progress a la Hendo when he arrived).
I’ve seen a lot less of Elliot but he doesn’t appear ‘nervous’ which at 1st sight makes him appear more confident.
Btw there’s nothing wrong with either ‘character’ set but it does influence how players are percieved though doesn’t reflect their ability or confidence level.

As for ARD’s comments they completely ignored the situation of each player at the same point in development which I found outrageous and the fact that you also ignore that just compounds it.

As I said I don’t think you can compare the 2 though that is inevitable. The thing is though that the hope for Brewster (that ARD goes on about) at that stage is that the injury would be such a great obstacle (it was talked about a lot at the time).

In any case i think Elliott is fantastic, I’m glad we have him and I feel he shows great potential.

As for ARD’s comments they completely ignored the situation of each player at the same point in development which I found outrageous and the fact that you also ignore that just compounds it.

As I said I don’t think you can compare the 2 though that is inevitable. The thing is though that the hope for Brewster (that ARD goes on about) at that stage is that the injury would be such a great obstacle (it was talked about a lot at the time).

In any case i think Elliott is fantastic, I’m glad we have him and I feel he shows great potential.

I’m talking about that period after the full recovery from the injury, the injury was why Brewster had the benefit of being older and more physically developed than Elliott at similar points of their careers (which again for Elliott was two summers ago not this summer) but because that was something caused by injury it would have been unfair to list it as an advantage in the comparison. Comparisons to Elliott as he is now to Brewster when he didn’t live up to expectations then are wrong because Elliott is so much further along now than Brewster was then despite being younger. I don’t think people are really grasping how developed Elliott already is and how ready he already is to play for us.

No worries, lads. I see where you are coming from. I think we can all agree Harvey is a really exciting prospect and be glad he’s a red. 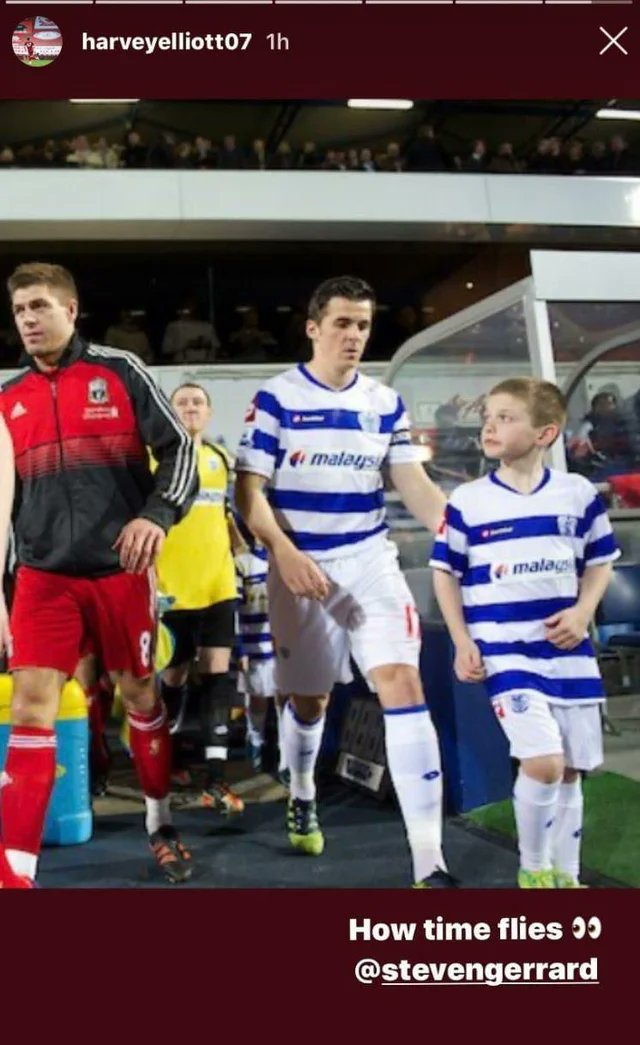 20 seconds after this photo was taken,

Joey probably threw a punch at young Harvey, then shoved him to the ground!

No fucking about this kid is special… If you want 1 team to define if your body is ready for the Premiership it’s Burnlugby… He’s going to be a star.

Made up with his performance today, gutted he had the assist taken off him (personally thought the Burnley defender was overhanging their line so the goal should have stood).

Can’t agree more, we’ve got a special player in the making here.