Ibou’s done a great interview on the offal (behind paywall), but Peter McDowalls shared the below clip…i love it. 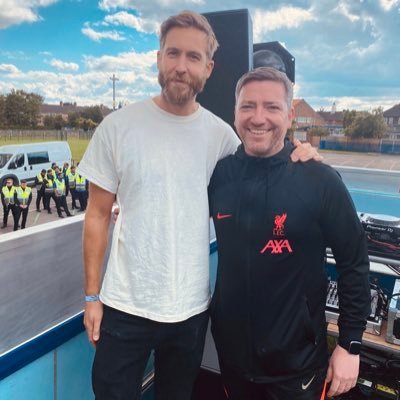 Ibou’s done a great interview on the offal

What’s that? A haggis based diet? Scared to watch now.

Ibou and Naby lad thanking RB Leipzig fans for their supports while they were RBL players.
In the commentary from the RBL Youtube channel, it was indicated that yesterday’s friendly was supposed to happened after Naby lad signed for us, and the match was for the fans to give him a proper send off. Covid delayed the match until now. Need the big man back. ASAP.

Need the big man back. ASAP.

He is excellent, no doubt.

We have four top CB. But the problem at the moment is getting a settled back two. If Gomez and VVD start a few games together, I’ve no doubt that the current issues can be resolved.

Then there is also the constant changes in midfield in front of them.

I’d like a bit of clarity on where these players are fitness wise. We were getting it more last season and now it’s back to “oh a few weeks yet”.

I don’t think anyone is due back this week, though my heart would skip to even see Jones and Jota passing a ball outside on a photo. 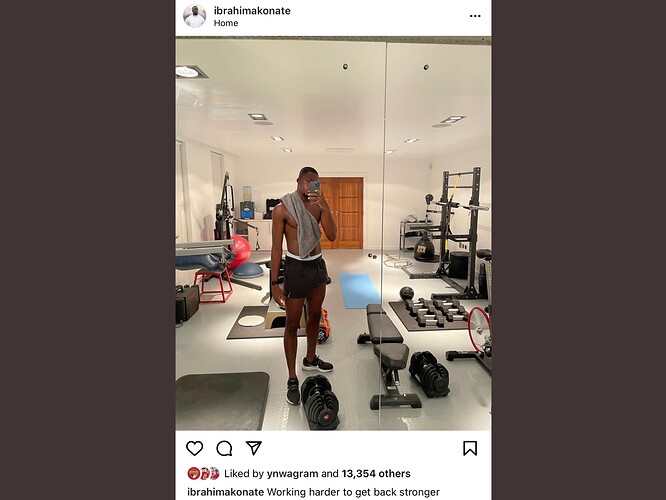 According to French outlet RMC Sport, the 23-year-old “just received the green light from Liverpool medical staff for a possible return to the squad next weekend against Brighton.” @AnfieldWatch
🚨 NEW: Ibrahima Konate is close to returning and is right on schedule with his recovery. #lfc [david lynch - liverpool echo] https://t.co/0BRxfiJWOz 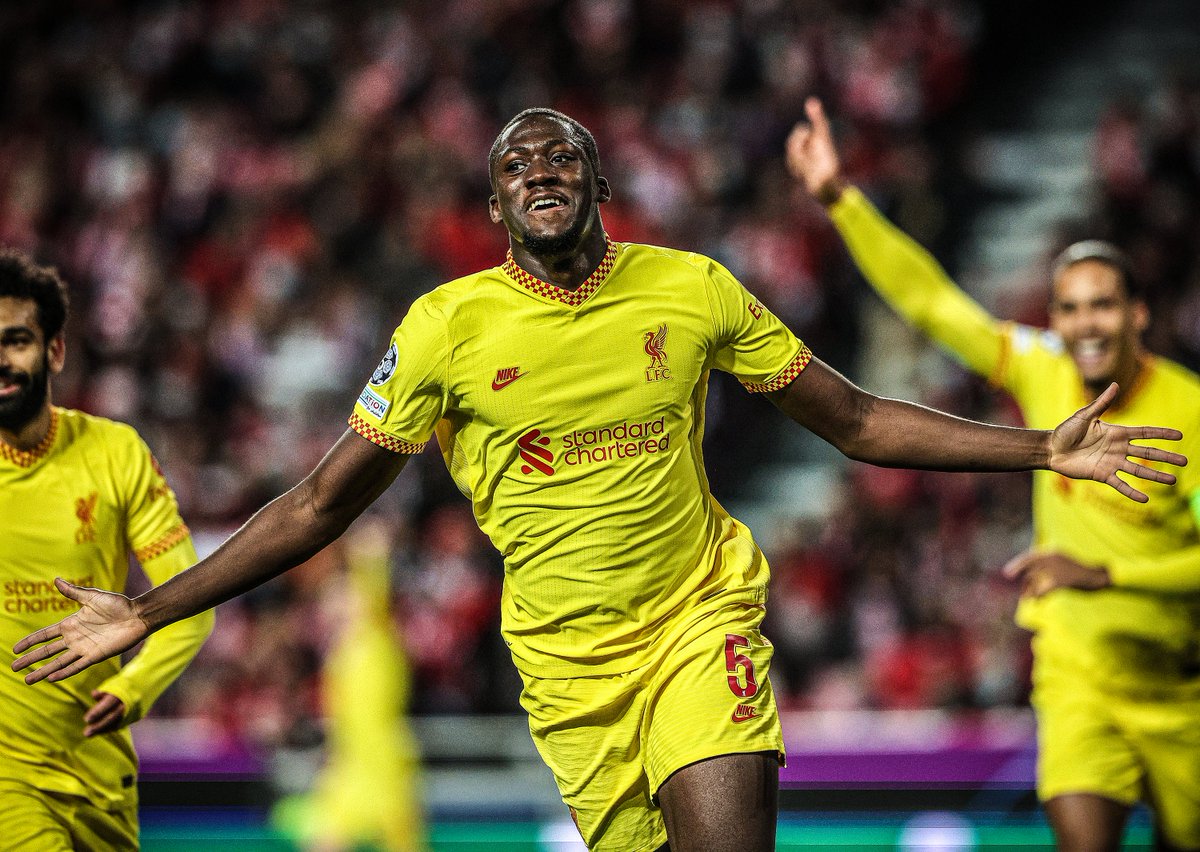 next weekend against Brighton

Welcome back, Ibu. You were missed.

I hope that I won’t jinx him but his absence just made my heart grow fonder - the way he shepherded Osimhen last night was reminiscent of how Van Dijk dealt with opponent’s forward in our best seasons. He should be in line for a contract extension (or the likes of Real Madrid and PSG will come knocking) but I hope he stays fit first and foremost. We definitely need to find another centre back of his ilk, though - athletic and confident in possession.

Message to Joe Gomez: take a look little at Konate’s performance last night. How a CB should play more or less. Being a CB is not only having a bit of pace and passing ability.Very good from Ibou, hope he gets a run of games now. Could still make the France squad if he plays a few more like that.

Could still make the France squad if he plays a few more like that.

We wouldn’t want that, would we?

Varane being injured opens the door for him, especially as this was what brought him his initial call up and appearance. They have a lot of CB options though and Deschamps tends to be reluctant to bring in new people.

I’m not like most(?) when it comes to that, I like it and prefer when our players are internationals. Makes them happy and I’m happy for them. Proud also. Useful in other areas as well. Of course, you don’t want them to be badly treated, which can easily happen at club or international level, whatever.

Playing 3 at the back and not having some outstanding performers will give Konate a solid chance. Of course, the main guys will be there. We’ll see.

Slight chance he could go but I reckon it’s come a few weeks too late, France have Kounde Upamecano Pavard Saliba Kalulu N’Dicka and Zouma

A lot of things can still change between now and time the squads fly out.

I want our players doing well for their national teams too. But Konate going to the Q22 will cut it close, too close for our collective peace of mind.

BTW, what is the deadline for announcing the squads.

He’s been in full training for more than 10 days. That’s potentially a month before the WC. And if he goes he might not be a regular. We’ll see what happens.