Tight race for the partner of VvD but I would always prefer Matip over Gomez.

Gomez is a great athlete but I see some tactical / positional deficits and his presence doesn’t look very self-confident.

So, so far away from where he should be at a few goals today. No man’s land. What’s he even trying to do when he goes so deep? Looks like he wants to play second goalkeeper when he does that.

Statistically we do better with the Gomez-VVD partnership. Higher points per game, lower XGA and fewer goals conceded.

The entire team was crap defensively today. Seem to remember last season Joe started a bit shakily against Norwich but it didn’t take a huge amount of time for that partnership to blossom, and there were a lot of games last season where we rightfully praised him as performing better than VVD on the day.

I too think it takes Joe a few games to get up to the levels we know he is capable of. Saturday wasn’t great but what I did like about him was he didn’t hide against Leeds.
Even though he knew he wasn’t playing great, in the second half he seemed more confident in himself, brought the ball out from the back quite a few times and pushed it forward, very front foot thinking. It felt more like him taking command and responsibility.
I think that is a sign of his growing confidence and mentality in himself, believing that he does belong in an elite team. (He always seemed quite shy guy to me)

Statistically we do better with the Gomez-VVD partnership. Higher points per game, lower XGA and fewer goals conceded.

The entire team was crap defensively today. Seem to remember last season Joe started a bit shakily against Norwich but it didn’t take a huge amount of time for that partnership to blossom, and there were a lot of games last season where we rightfully praised him as performing better than VVD on the day.

He didn’t cover himself in any glory on the first goal with a piss weak challenge, but then again he didn’t do anything as absolutely batshit as Van Dijk’s error.

I think if anything it’s about the understanding between him and Van Dijk that needs to improve. I saw Gomez getting shit on Saturday for positional mistakes, but the problem is actually the pair of them not communicating, not covering each other and not working as a partnership.

Joe Gomez vs. Arsenal 91% Pass accuracy (114/125) 8/15 Accurate long passes 3/3 Ground duels won 2/2 Dribbles completed Back to his best, and his best is really, really good. The composure of the man next to him must be catching. Cool as you like. https://t.co/0bqyVZbWmT 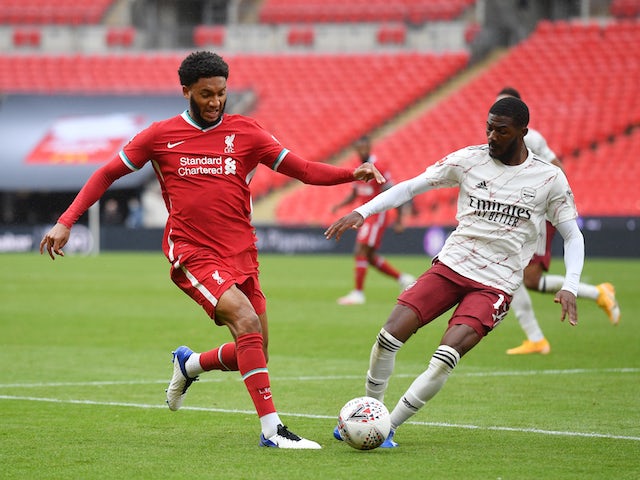 Dont think stats do Joe justice last night, unless there is a stat on the number of times Arsenal got into a position to potentially pressure our back 4 only for Joe to take two forwards out of the game with 1 positive touch and then just stride into the space he’s created for himself before knocking a ball 40 yards to the feet of a team mate.

He’s good when we keep the opponent back most of the game and he’s got pace to match some counter attacking threats. It’s more in the air, positioning, defending inside the box, on the back foot where he can have problems he needs to solve next.

Heart in mouth moments for me but you know it’s his day when he pulls off that particular dribble and forward run. He’s had inconsistent few months, just like Fabinho, for example (though the rest of the side are not excused), but he should be able to find the consistency if he remains fit. As an armchair fan, I’d say it was due to a loss of focus that was maybe exacerbated by his and Trent’s recent performances against sides like Man City and Leeds.

Yeah he was back to his best yesterday and Fabinho has the last two games it’s good to see.

That display against Arsenal shows how good Gomez has been the last 2 seasons, despite some severely crying for Gomezs head. I hope that silenced his critics once again. Yes he has a patchy spell, all players do, but he needs games to overcome that, and now, it looks like he has done that. More defensive masterclass from the pair of VVD and Gomez.

I see he has switched from Nike to Adidas boots (along with Naby since post-lockdown), not only in training (as that can happen from time to time), but also in last night’s game.

Always thought Nike made shit boots. In university we used to get them for free, but despite being poor I still preferred to buy my own and play in Pumas or Adidas.

Pony made my favourite ever football boot. After that though it was Adidas all the way apart from one season wearing reeboks.

Hopefully Gomez is getting back some form. I worry that we’re overworking VvD so we really need to ensure our non VvD options can hold the Fort if he’s absent.

I always loved this brand, though I had very few even over the lifetime.

I never bought them for anything else than football, but for about 10 years the King was the only pair of boots I would play in. An absolute marvel of a product. 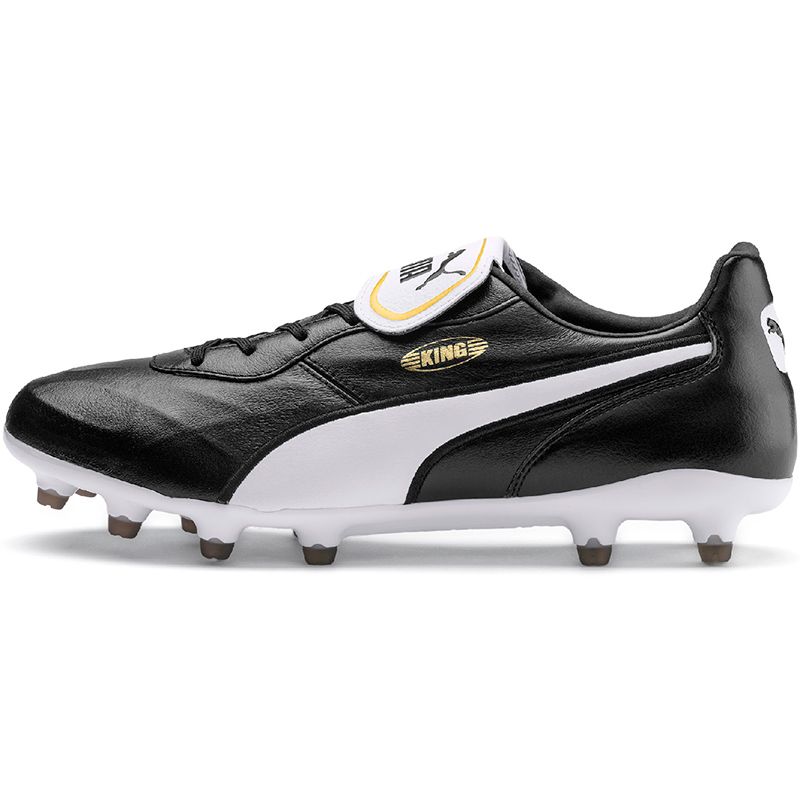 Off topic, but continuing the boot discussion: Growing up we all wore Adidas boots. They were easy to get, available everywhere. Keep in mind, these were days before the internet and Amazon and having any product at your fingertips. Adidas everywhere and some Puma. When I played club footie at Uni I HAD to have Mizuno boots bc of Redknapp. He looked really stylish and I had to have those boots. To this day I still have a pair of Mizuno boots when I play old timer rec or have a kickabout with the kids after holiday dinners. 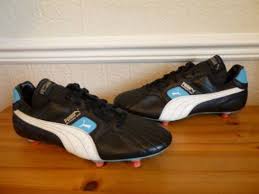 These were the last pair of football boots i owned as a kid (not mine in the photo),i thought i was the mutz nutz in them,Puma Maradona’s,loved em.