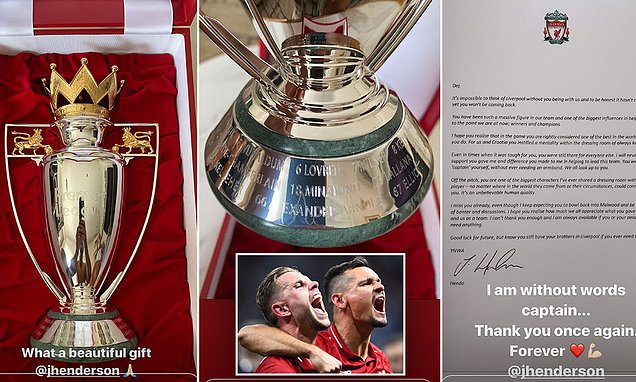 Jordan Henderson has again underlined why he is regarded as such a great leader at Liverpool with thoughtful gift and letter to Dejan Lovren.

Article could also post to ex-Player Degsy…But this article once again shows the humility and leadership from our captain.

Also shows the real standing of Dejan in the team.

Middlefinger to all the so called fans who dissed him over and over again.

Article could also post to ex-Player Degsy…But this article once again shows the humility and leadership from our captain.

Thanks for sharing that story, and it might be fitting that it’s the first post on the new Jordan Henderson thread here.

This shows the qualities of Henderson as well as Dejan. Dejan got some flak from many fans, but in all honesty, he was a great defender for us. Never Virgil quality, but solid and very determined. I hope he does well going forward. Jordan is the ideal captain. He’s a good solid player - great at many things that people don’t notice - but a better person who cares for others and sees what makes people special.

This could go under Robbo’s thread, but I think it is more fitting in here as it is about Hendo’s personality.

Robertson on Henderson letter and why captain's an inspiration

As good as Thiago was Henderson played the pass of the match yesterday. That one long ball ensured we’d get the victory.

Over the last two years or so he’s hit those passes consistently from deep.

Andy Robertson: Hendo's example was so powerful for us all

Andy Robertson was in awe of Jordan Henderson's leadership as Liverpool moved towards their goal of lifting the Premier League title last season.

Is Hendo fit? Any updates on his injury - it has been quite on this fornt. Would love him to be fit for Villa and after International Break against Everton…

I think we should be able to beat Villa without him. So I am hoping that he won’t be in the England squad and back for us in the derby.

If he’s fine, I expect him to play some part tomorrow night and then we’ll see who starts on Sunday between him and Keita possibly. Villa look like they’ve definitely decided to play with 3 CM’s + Grealish in the left half space, so midfield battle could be important. 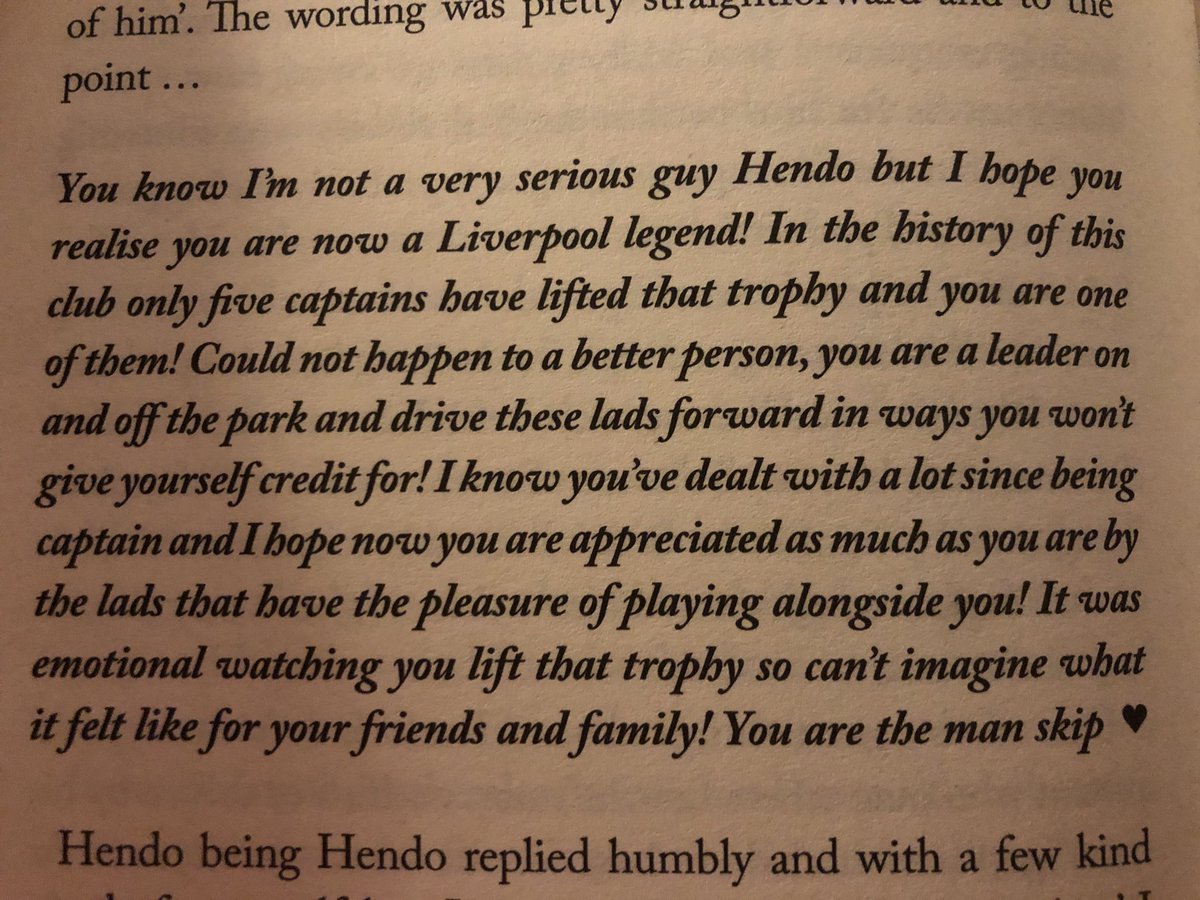 Would serve them right if he decided to abandon any further involvement to concentrate on becoming and remaining the greatest captain this club has ever witnessed…
I know I know what you are thinking right now… But hey, this guys tenure/star is still rising…!

From 'expensive flop' to Premier League champion - the making of Jordan...

From once being considered an expensive flop, Jordan Henderson has become a key figure in Liverpool's midfield. BBC Sport takes a closer look at how he has done it.

An interesting read about the rise of our Skipper, with a short mention for Brendan’s Dempsey project.

Hard to explain the words right now... will leave others to explain it 🤷‍♂️ Great performance from the lads!! #YNWA https://t.co/C6Fk0ezjNZ 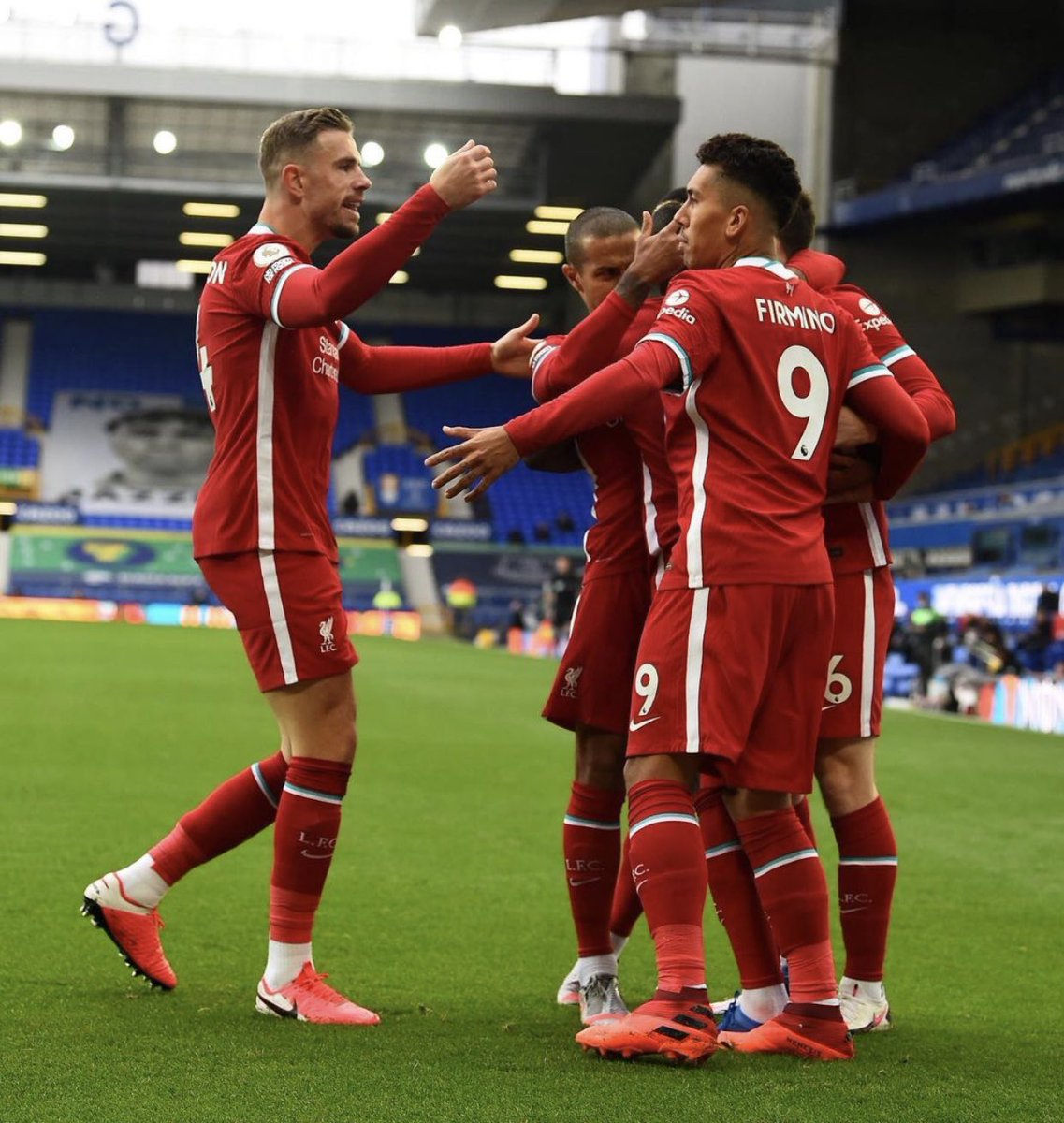 Was great to have him back today, he was everywhere, all-action.

The side really needed him back + Thiago’s class. Looking forward to that mix in the coming weeks, hopefully no new injuries or Corona cases.

Note to Hendo: next time you’re on England duty, don’t let Pickford hold the baby, no matter how much he begs.

Note to Hendo: next time you’re on England duty, don’t let Pickford hold the baby, no matter how much he begs.

Or Adrian whilst with the boys!

I assume that before he hoisted the little one up, he did the hendo shuffle?