You bet your ass I’m starting it today.

I’m assuming that the training sessions will resume on June 21, after a four-week break.

Kelleher, Adrian, Matip, VVD, Gomez, Tsimikas, Milner, AOC, Curtis, and Mane don’t have any NT duties so they will have a long, uninterrupted, and very well-deserved break.

Salah and Minamino will be the last to the party. Based on the progression of their respective countries in the Olympics, they should be available between July 29 (after the group stage) and August 8 (after the final).

Players featuring in Copa and Euro may have a curtailed break of just three weeks.

Alisson, Fabinho, and Firmino should be available between July 25 (after the QF) and August 1 (after the final).

Trent, Neco, Robertson, Henderson, Thiago, and Jota should be available between July 19 (after the Pre-QF) and August 2 (after the final). Yes, yes, not all of them can play in the final and some of them will be available sooner.

We will have nearly eight weeks of preparation to get the likes of VVA, Gomez, and Matip up to fitness. It will also allow Klopp and the coaching team to work closely with the likes of Davies (you do know he exists, right!), Nat, Rhys, Sepp van den Berg (from now on I’m going to call him just Sepp), Tsimikas, Elliott, and, the new signings.

Finally, I hope we don’t travel abroad to play preseason friendlies. Let’s organize all preseason games at Anfield. It has been silent and forlorn for too long and can do with all the preseason razzmatazz.

I think the main thing is to have as much time training together. To that end, if we are bringing anyone in I want it to happen by the first week of July. The number of internationals the likes of Salah and Mane will be asked to play next season is a big worry and I still think we must not expect 100% availability of any of our now long line of players who have been injured this season.
So we really need to strengthen. I’m probably being very unrealistic financially but, from a footballing perspective and giving us the best shot at winning the PL and CL, I think we need: 2 CBs; 2 midfielders; 2 forwards - balanced with players leaving. Hopefully Michael Edwards can do his magic and everything is sorted so he still has time to have a nice holiday well before the window shuts.

I’m not so worried about Mane but the periods Salah will have away is silly.

I’m not so worried about Mane but the periods Salah will have away is silly.

Salah will get a break too. But yeah, he will have a crazy six months (July-Jan) with Olympics, WC qualifications, Arab Cup, and AFCON.

Yeah his break is playing for us from what you’ve written.

I’m pretty sure the club can put the foot down on the Olympics.

surely thread needs to be closed and @quicksand open the real one?

Most important acquisition this summer will be a backbone.

If we allow ourselves to be treated in the same way as we were last season by all and sundry then we may as well not bother.

It was open season on this football club from the word go, especially first half of the season. The naysayers may scoff but it really is that simple.

Everton, Brighton and Southampton aways were as corrupt as anything I’ve seen in 5 decades of watching the game. There were plenty of other incidents that went against us but those 3 matches were decided by bent officiating, I have no doubt about that whatsoever. We need to call these twats out from day one.

I am hoping VAR and the referees show better Decisions.

Klopp has afforded his squad more time off than usual.

According to The Athletic‘s James Pearce, that will be on Monday, July 12 , which is a later-than-usual start date for the Reds’ pre-season.

Very interesting. That will give Klopp and the coaching team five weeks to prepare for the new season.

I guess Klopp wants all his players, or at least as many possible, available so that there’s greater understanding between the squad rather than starting off with just handful of the senior players and bunch of kids who will have no impact on the season.

The final of Copa America will be held on July 10, while the Euros conclude the following day, which means that those involved to the end of those tournaments are unlikely to return until the start of August.

Something just doesn’t make any sense. Why are African nations playing friendlies in May/June when their next competitive games are in September?

I forgot to include, Egypt has some friendlies and there are two rounds of World Cup qualification games in South America too.

Yeah saw Egypt are playing Friday, well that’s one less game for Konate and if the rumours are true about Trent I can’t see him playing these games, this is actually an international period as noted by the leagues such as MLS and Norway going on hibernation for two weeks.

Ozan Kabak played 86 minutes in the 0-0 against Guinea without Keita.

Guinea have six players named Camara, and five happened to be on the bench, not sure why it amused me.

Might be worth creating a Liverpool players on international thread.

Camara and Traore seems to be the two most common names from the continent.

On one hand I’m really happy that the players are getting a long and very well deserved break. Even those on NT duties are likely to have three weeks break.

On the other hand I’m surprised that Klopp decided to have a short preseason. Anyway, my only concern at the moment is the Euro and the Copa. Not sure how many of our lot are going to return unscathed.

Going against the grain of the discussion, but I firmly believe that barring any serious injuries to our best players we’ll be the best team in Europe next season. We’re just too classy all over the pitch.

So Euro is about to begin, Copa will go ahead as well.

That means senior players who will be available at the start of the training sessions are:

These seniors will be joined by a host of Academy/Youth players and the most notable among them is a certain Harvey Elliott.

Grabara, Karius, Seep, Grujic, Wilson, Ojo, and Awoniyi are rumored to be on their way out and they may or may not still be a Red when the training starts. 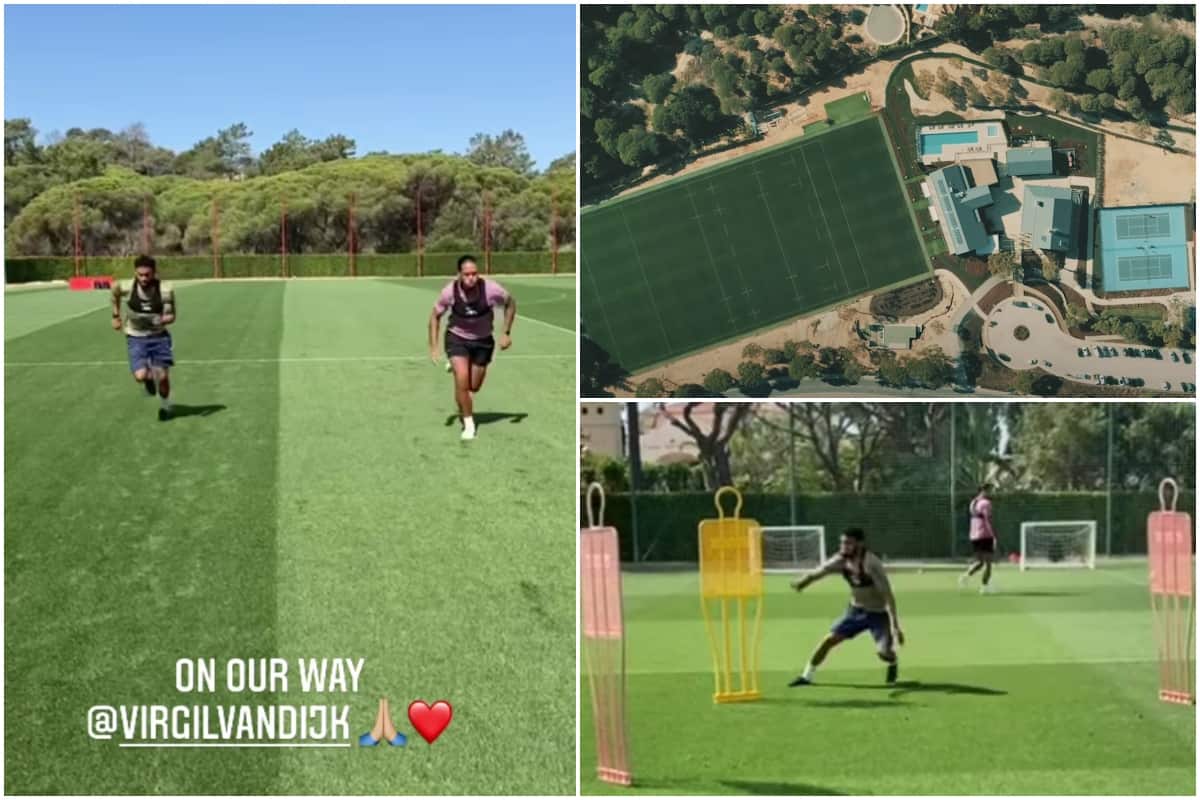 Warm weather work ahead of pre-season

No mention of Matip

Happy that Joe is there, surprised really, didn’t think I would see him do this type of training for a few months.

No mention of Matip

Matips is a father since last week. Really too early to leave his wife and son alone.