Mixology, or Getting Drunk at Home Alone 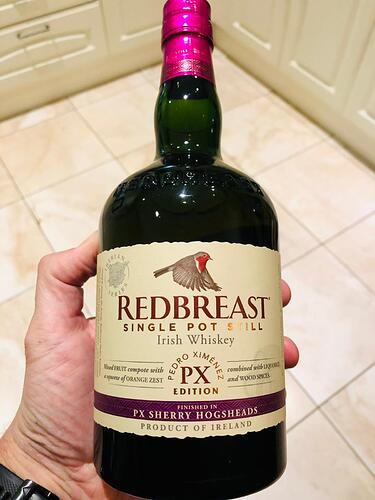 I haven’t yet been able to find the PX locally, but I read good things.
Everything I’ve tried from Redbreast has been great.

Never been a lover of whiskey per se, even though I have come across many many malts on my travels.
Think it stems back to watching a guy at a bar having a bet with the landlord, in that he could name every whiskey on the shelf with just one sup, if they were placed in a line and the brand remained a mystery until after the tasting. This would also determine if cheapest tasted any different to the most expensive… apparently.

This was a bet with the locals that had been running for over 6yrs, and in that time, the landlord had won every single time… even though other people poured the whiskey and kept the note of names hidden until the contest started.

This was in a pub in Devon where I was working at the time which also meant I was staying in the accommodation wing… Getting to know the locals, bar staff and landlord over the coming weeks as you would in those situations… I witnessed three more attempts at punters trying to get the better of the landlord in the whiskey tasting trial.
All punters failed miserably.

When the last few days of my working stint was coming to an end, I actually asked the landlord was there any skulduggery at play in the whiskey tasting game…
He told me simply… he had been a landlord for a very long time in different places throughout the UK… and in that time he never came across anyone that could name more than 4 whiskey brands correctly, if tasted one after the other… he said it was to do with the way your tastebuds respond to the initial taste of the first whiskey… He said after that your palate becomes confused and then incapable of discerning any real difference…!
Well I witnessed it myself but not sure how true his logic was… although I am sure when it comes to the end of the night, rushing to bar for last orders,… how many of us can realistically say what we are actually drinking…!

He said after that your palate becomes confused and then incapable of discerning any real difference…!

Aye, there is a reason that a tasting event puts thought into the sequencing of samples.

Not sure if they do it with whiskey or what they use, but for wine tasting they usually will have various cheese platters to clear the palate and taste buds between each wine.

I was at a whiskey tasting last weekend. Couldn’t feel my face by the end, never mind identify brands 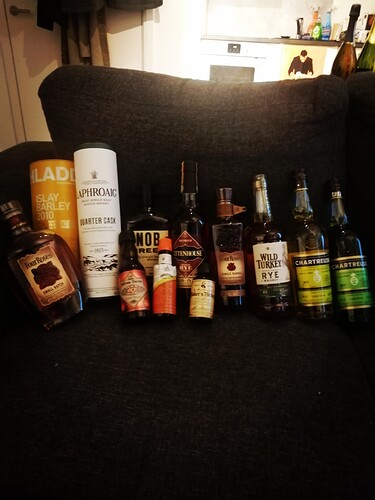 It’s gonna be a Christmas to (only vaguely) remember.

I get a few bottles every season. This year I received 3 bourbons: Elijah Craig, a Woodford, and a Basil Haydens. and a 12yr Yellow Spot Irish whiskey.

No scotch this year.

Let me know how that Yellow Spot is. Been dying to find the 15 year expression for a while now

To be honest, it’s excellent

Im not a whisky guy, but Im aware of the aura of Pappy Van Winkle and so thought this podcast on it was excellent 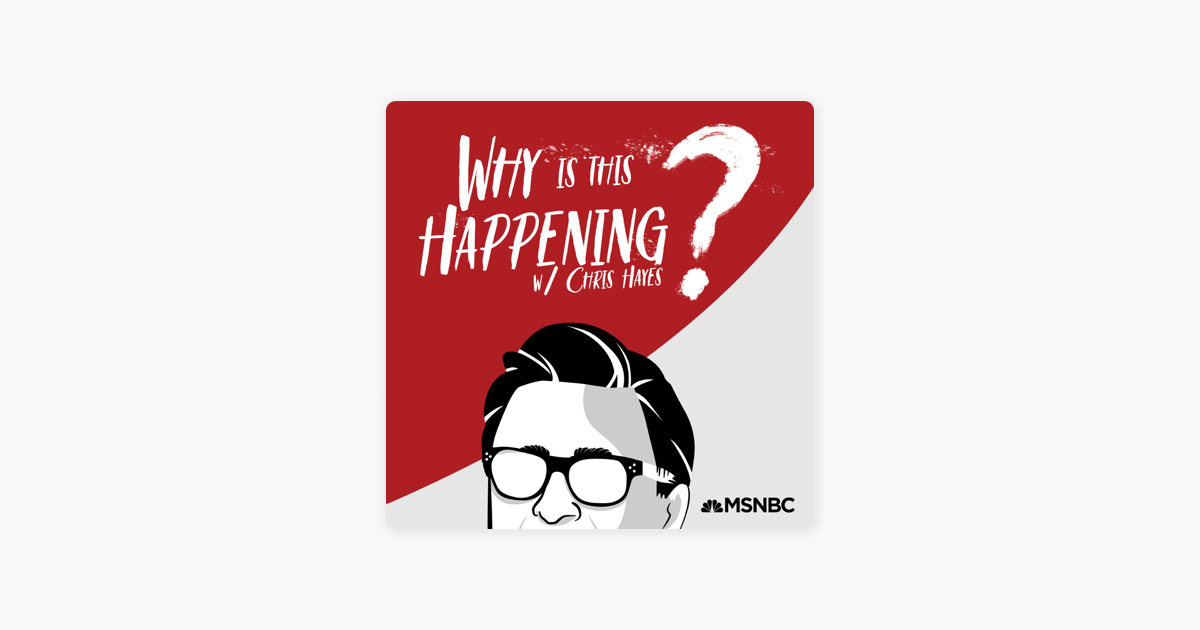 ‎Why Is This Happening? with Chris Hayes: Family, Legacy, and Bourbon with...

‎Show Why Is This Happening? with Chris Hayes, Ep Family, Legacy, and Bourbon with Wright Thompson - 5 Jan 2021

Partly it’s about whisky, partly its about the process of making an exclusive brand. But partly its about mythology that is used to create a brand like this. For me, the most interesting part of it was the realization that Kentucky fought to avoid being part of the Confederacy in the Civil War. Yet today they are firmly entrenched in the cultural south and are best known for their bourbon, a product that is actively marketed as being part of the South.

How’d you prefer to drink Chartreuse?

I have several bottles of both green and yellow, and I like both, but I haven’t really found a drink I like enough to whip up consistently.

Green only. Or the absolutely glorious Elixir Végétal. Yellow’s too sweet for me.

Im not a whisky guy, but Im aware of the aura of Pappy Van Winkle and so thought this podcast on it was excellent

I’ve not gotten into the Pappy craze, not arsed about chasing a bottle of anything. I like a few different bottles, most notably one called Basil Hayden’s. Bulleit has gained a lot of popularity, but I would go for Woodford before that one.

However, after our most recent trip to Akumal…I’m on a tequila thing. found a few bottles of Camarena Reposado which I quite enjoy. Keeping an eye out for Ocho as well (same distiller, Camarena).

for more mainstream brands, I really enjoyed Don Julio 70, a cristal reposado. Tres Generaciones Anejo is a hard-to-find bottle in Canada but I very much like it. Just picked up a Teremana and a Casamigos, both are very drinkable.

Yeah, tequila deserves way more respect and affection than it gets as the drink of choice for people looking to get slammed with purposefully nasty shots. Glad to see it’s got a bit more street cred over the past 10 years or so. Interesting you mentioned Casamigos as Clooney apparently pocketed about quarter of a billion $ from the sale of that.

If you like that, try Casa Noble. It’s Carlos Santana’s brand and more authentically Jaliscan (in terms of the profits etc) than a lot of the newly popular celebrity brands.

This is from my drinking days.

Absolutely used to adore a single malt brand called Amrut - Fusion. I guess its exported more than what it is sold here locally.

But ive had quite a few single malts and you guys might wanna check it out. 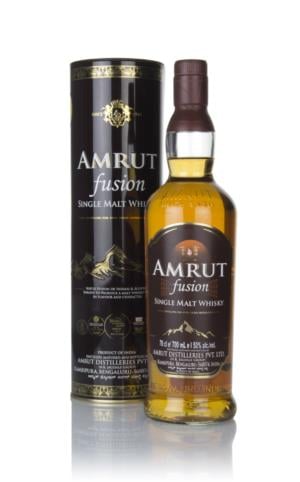 Fusion is a particularly apt name for this fantastic single malt whisky from Amrut.

For people abroad who’ve got the liberty of having it delivered.