I think we are, hence Mo having meaningfully fewer touches in these games that is typical.

I think his desire, attitude znd work rate is still top notch but one distinctive difference I see in Salah is him cutting him to his left foot but he is no longer shooting like in the past seasons, instead he is always looking for a pass. I don’t know if this is a result of deliberate instruction or just a result of in game decisions.

Have you compared his positioning to that of last year?

He isnt getting in the positions to take any shots, whether that is him or the system I am unsure but he isn’t playing and hasn’t done so far 9 months

All this talk about Mo this season, for me he has been off his game since the AFCON and although he does work hard he isn’t getting in positions to score I have seen umpteen times a ball go on from our left and Mo is nowhere near trying to get in especially when it has flashed across the 6 yard box.

Have you compared his positioning to that of last year?

Erm I literally posted both pictures

So you have but which game was it and when, what position was he playing?

So you have but which game was it and when, what position was he playing?

Maybe he needs to be given more licence to roam, and not to stick as wide as he has been. That means Elliot learning to dovetail rather than take up the space, as @Limiescouse mentions with Henderson, an appreciation of movement is required.
But uts a couple of weeks and underperformance all around.
It will come good

I have just looked on Sofascore and there isn’t that much difference, it also showed that he seemed to play deeper last season and also looking at the heatmap the sample size seems small, also did you use both maps off the same website?

I posted the full thread this tweet belongs to on the season thread, but I thought this particular tweet was interesting, because it somewhat contradicts what is being said about Salah being virtually on Alexander-Arnold/Elliott. @Soccermatics
Elliot has been really good in terms of generating dangerous passes, especially against Everton and Manchester United. https://t.co/Bhkmtr0VE0 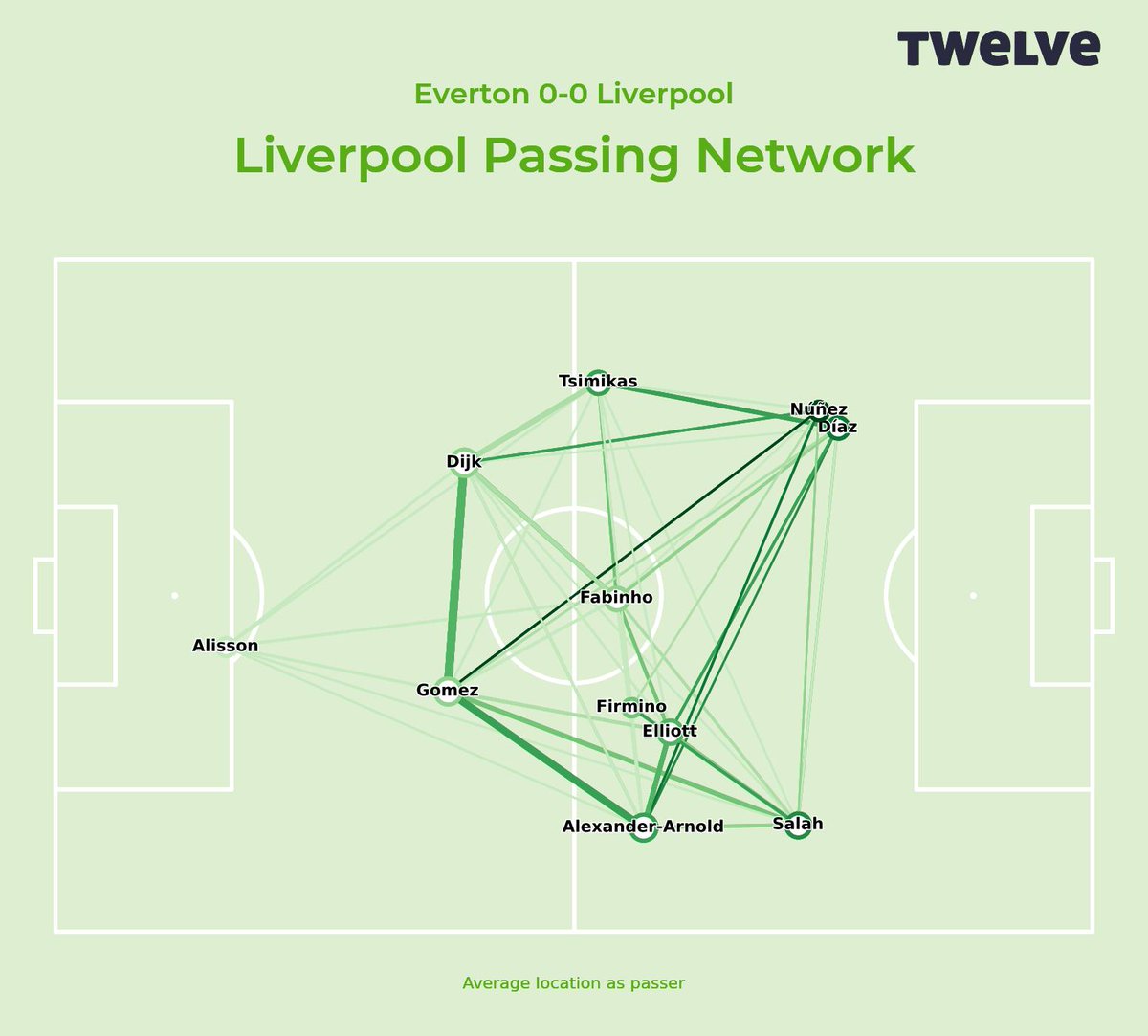 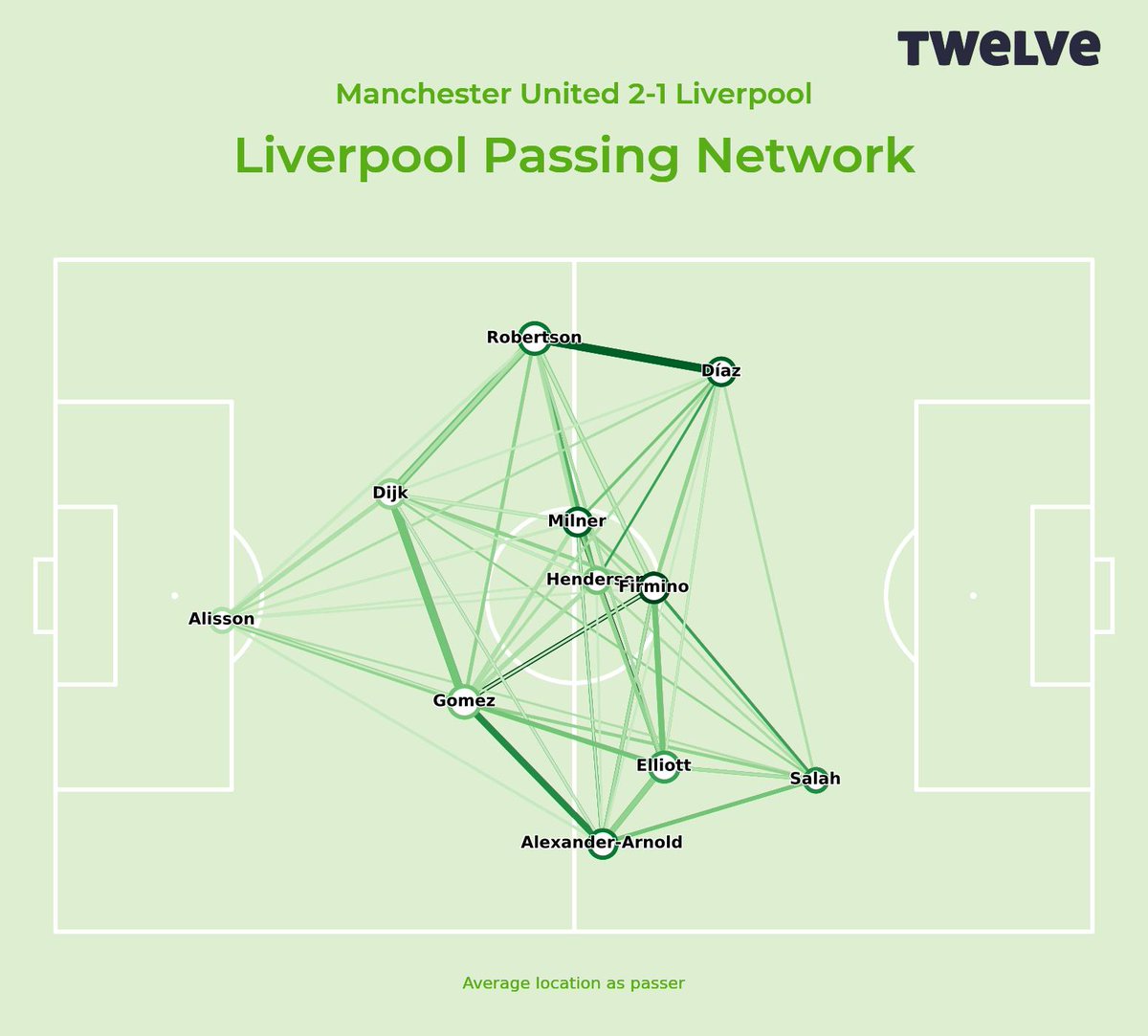 Possible explanation for the difference between the two types of analyses are positions vs passes. The former wont take into account time when passes were not able to made because no one was available for one where the spacing will necessarily look better on a passing network because it only captures the moment when people made themselves available for a pass to be made.

No idea if that is true, but it would make sense

He’s just not playing great and that’s it, regardless if he’s a bit wider or more central. He can play better in both scenarios. Happened in the second half of last season as well.

Our whole right hand side seems to have vanished this season,

The off the ball movement is not there, the little interplays and give and go’s are not there anymore…He’s not even playing within himself anymore, he’s completely marking himself out the game.

Might sound harsh but even in the 9-0 win, he didn’t seem to want to get involved.
Against Newcastle heavily involved in both goals, but probably didn’t get on the ball enough.
& then again at Everton, completely zoned out the game.

£400k a week… my my Mo… you got what you wanted, how’s about you start taking your chances… the two balls he completely missed last was basic stuff, he controls them he had just the keeper to beat.

Another player whose form has nose dived.

Hopefully he will surpass Gerrard’s overall total (41) during this season too.

It’s a little unfair on Stevie. He spent too much of his career outside the Champion’s League.