Lewis Hamilton has broken Michael Schumacher’s record for number of Grand Prix wins, winning for the 92nd time. He now holds a number of all time Formula One records from most pole positions (97) to most podiums (161) to longest distance driven whilst in the lead of a Grand Prix race 25,259km (among many others).

It’s impossible to compare drivers across generations given the differences in machines, rules, safety etc but Hamilton is surely up there with the greatest of all time. Certainly he’s the greatest driver of his generation. 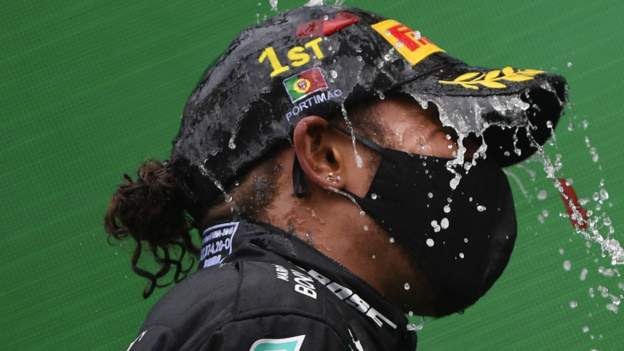 Lewis Hamilton's performance in Portugal was befitting of a moment where history was made, write Andrew Benson.

It’s practically inevitable he’ll equal Schumacher’s record of 7 world championships this season and he’ll start as strong favourite to break that next year.

He’s had a very good car for the last three years,F1 needs to do something to bring the cars closer,if Hamilton didn’t win it this year then Bottas would,that’s how fast the car is that Bottas would win,it’s a bit shit atm.

I have only respect for Hamilton’s ability. Probably the best pilot ever even if he possibly isn’t the greatest.
The number of professionals that speak in awe of him is testament to his brilliance.

He’s had a very good car for the last three years,F1 needs to do something to bring the cars closer,if Hamilton didn’t win it this year then Bottas would,that’s how fast the car is that Bottas would win,it’s a bit shit atm.

Yeh, agreed they need to bring the performance levels closer but at the same time the sport still needs to reward mechanical and engineering innovation. No major changes for next year either so it’s looking like it will be more of the same until the specs change drastically for 2022.

Still, Hamilton beats everyone else in the same cars for me. Verstappen the only one who’d get close, Leclerc in third. Bottas is still quick though but agree he’d be somewhere between 6th and 10th if the cars were all equal.

Purely speculative, of course, but I’d place the current crop in this order, top ten:

He is growing in stature with the words he speaks and the things he stands for too. Should get a knighthood.

Best driver of his generation. In the conversation for best of all time, but that sort of debate will always rage across generations and won’t ever be settled.

Purely speculative, of course, but I’d place the current crop in this order, top ten:

I’d probably add Kimi in there over Vettel in terms of pure racing ability, plus he’s way more likeable.

Also think Sainz Jr has something going for him.

As for Lewis, he annoys a lot of people. Personally, I have always loved him. I went to the Monza Gp in 2006 and watched him win the Monza GP 2 championship, followed by watching Schumacher win the F1 race. Knew little about him, but was sat next to some Brits who were raving about how good he was all weekend. Followed him ever since and delighted to see him take the record.

I have pretty much given up on F1…I cannot stay awake while watching any F1 races anymore.

My focus are on the close wheels and 2 wheels (Moto3, Moto2 and MotoGP without Marc Marquez) varieties.

…and no NASCAR, thank you very much.

What is Romain Grosjean,i’ve been wondering for quite some time,i’m guessing he’s there to test how strong the car is.

I cannot stay awake while watching any F1 races anymore.

that’s why I watch it, garanteed sleep.

This was fantastic from Kimi the other day. 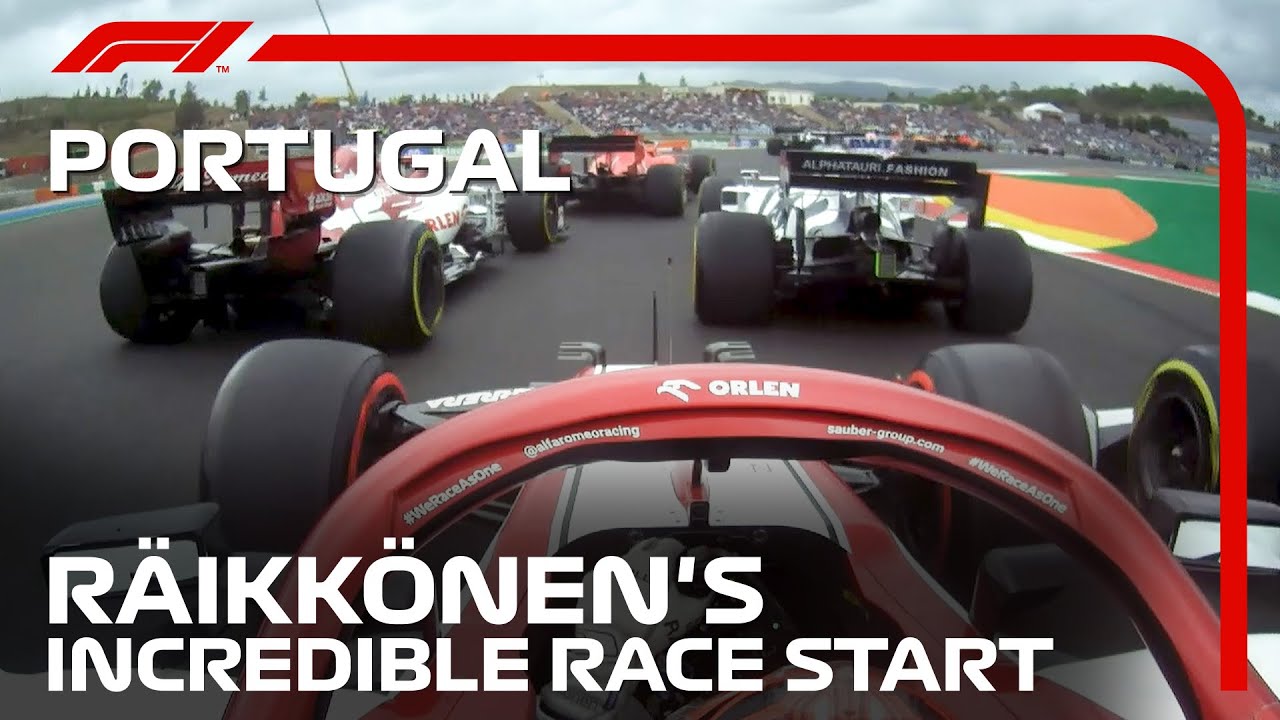 Not strong enough it would seem!
Really though how did that accident of his happen in Bahrain?

Not given much of a fuck about F1 since i sold my Scalextric stuff but the vid of ya man climbing out of the flames of that wreck!

All the moaning about the Halo system a few years ago, saved this guys life.

Not watched it in years but the way the car splits in two is crazy. 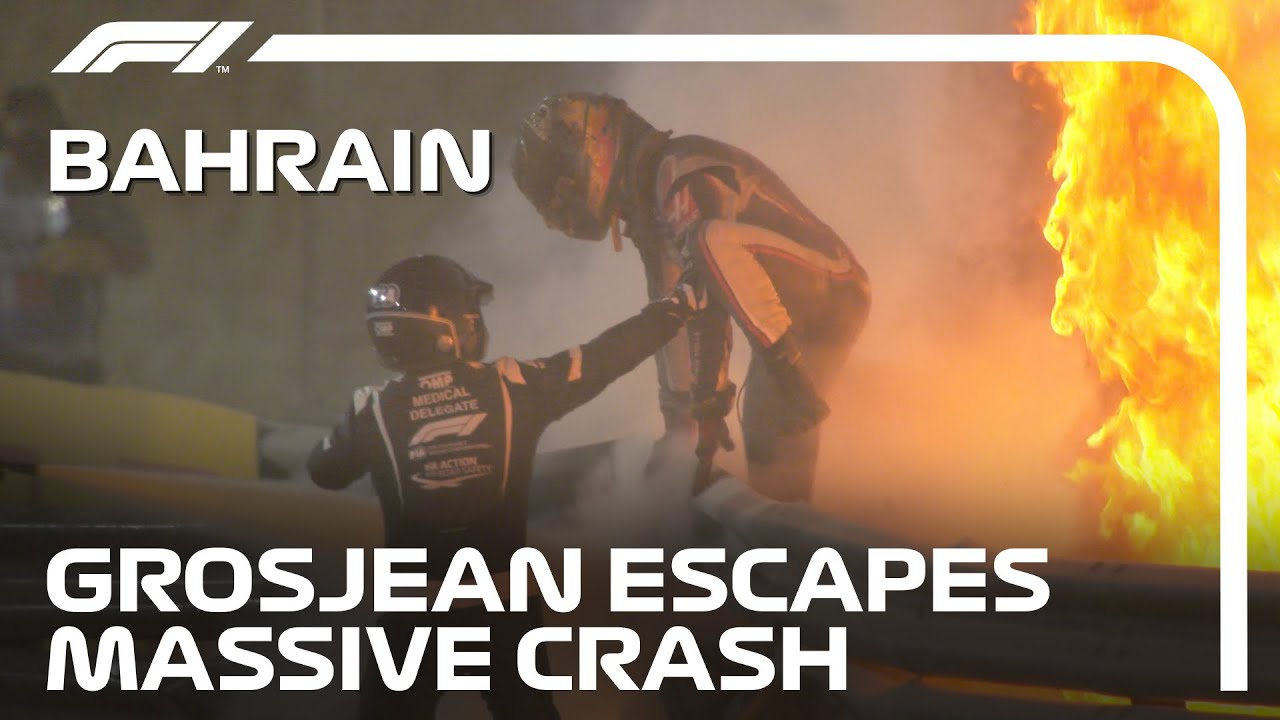 Yes, F1 are really pleased and haven’t stopped diffusing the images. Halo saved the most dangerous driver F1 has seen since …

Blimey. That will be the first race he’s missed in his entire F1 career, ending several record breaking sequences.

It just gives someone other than Hamilton a chance to win a race,might just be the most competitive race this year.

The missus and I were watching the race live on the weekend, and it really shook us when Grosjean made impact with the barrier and it went up in flames. Was amazing to see him walk away - the sport really has got much much safer. That said, the barrier surely shouldn’t have let the car through like that. I imagine that is the biggest issue for F1 right now

Grosjean is a big voice in F1 for safety etc, and has a good standing with all the drivers, but fuck me, is he a danger on the race track. Comfortably takes Crashtor Maldanado’s spot as a kamikaze driver.

As for Lewis missing out - shame it breaks the sequence, but as Scott said, might make it an interesting race. Bottas or Verstapen probably favourite, but some of the middle of the road teams drivers have been doing an amazing job.

It just gives someone other than Hamilton a chance to win a race,might just be the most competitive race this year.

Sort of like MotoGP with Marc Marquz out this year, it has been an exciting year. Nobody wanted to win it, the riders kept on handing the advantage to someone else.