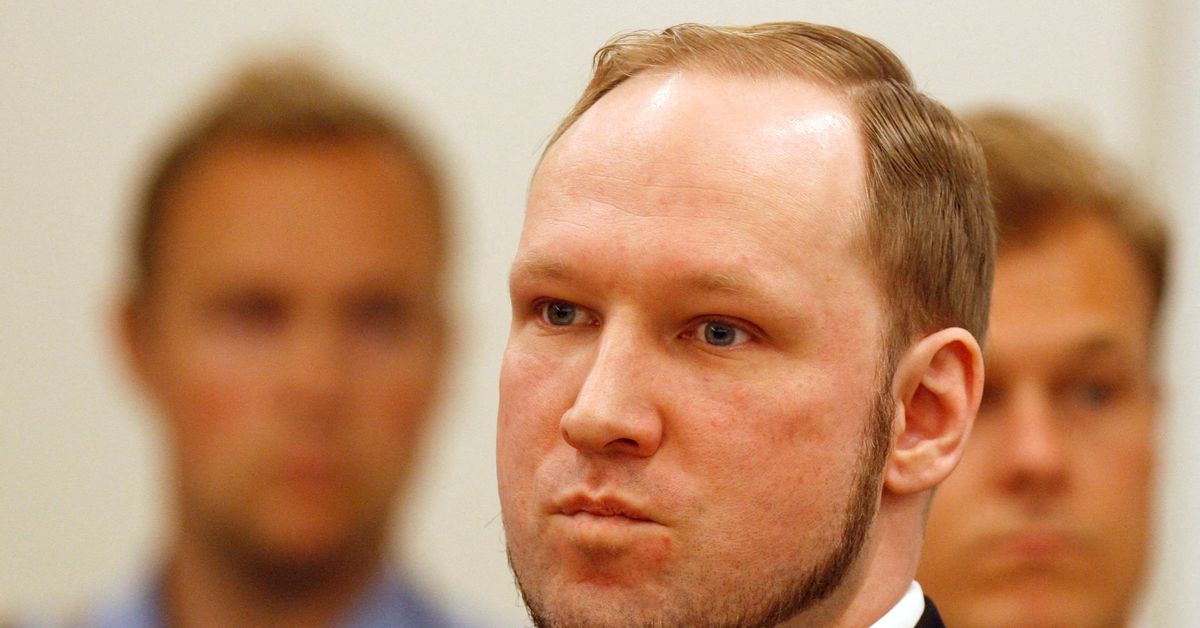 Mass murderer Anders Behring Breivik gave a Nazi salute on Tuesday as he entered court for a parole hearing that will decide if he should be released after spending more than a decade behind bars.

For a start, she was well above the posted speed limit for the Rideau River.

No, but there are speed limit signs for boats

So, apparently the extraction of that car was not arranged for today, and ice has formed over it. We have another large snowstorm rolling in that is going to make that very difficult in the next two days. Overnight lows are -19 C, -19, -26, -25 through to Saturday. That ice will be fairly thick by next week.

Fast forward 100,000 years and archaeologists discover an ancient machine that appears to have afforded transportation for humans sometime during the Holocene epoch.

Experts have still not explained the furry dice hanging from the rear view mirror nor why a car appears to have been in what was a river.

Experts have still not explained the furry dice hanging from the rear view mirror nor why a car appears to have been in what was a river.

Had no idea these things existed… 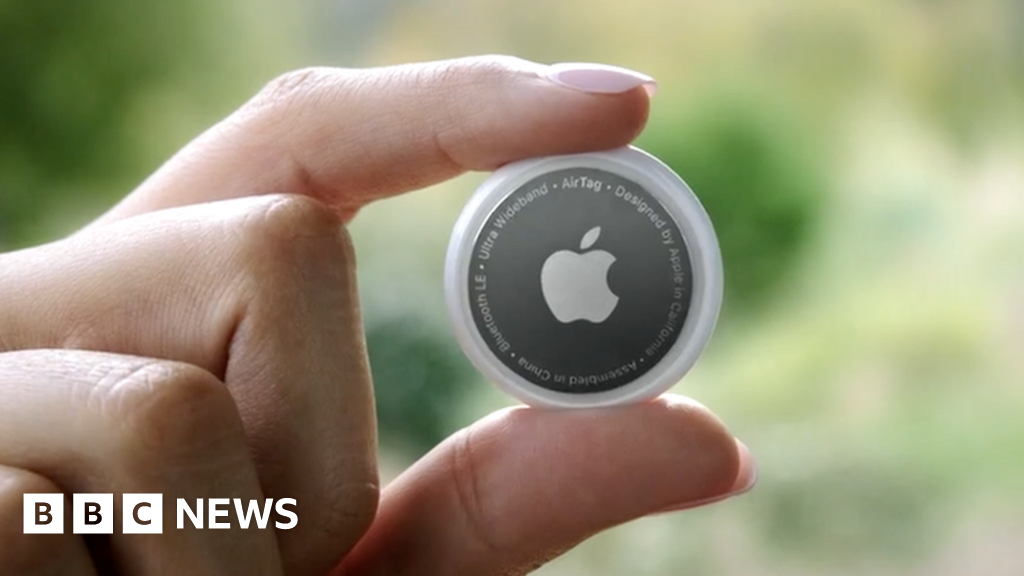 Apple’s AirTags are great for finding lost items. But they have a darker side.

How unsurprising that Apple is taking full responsibility etc…they really do have our best interests at heart. 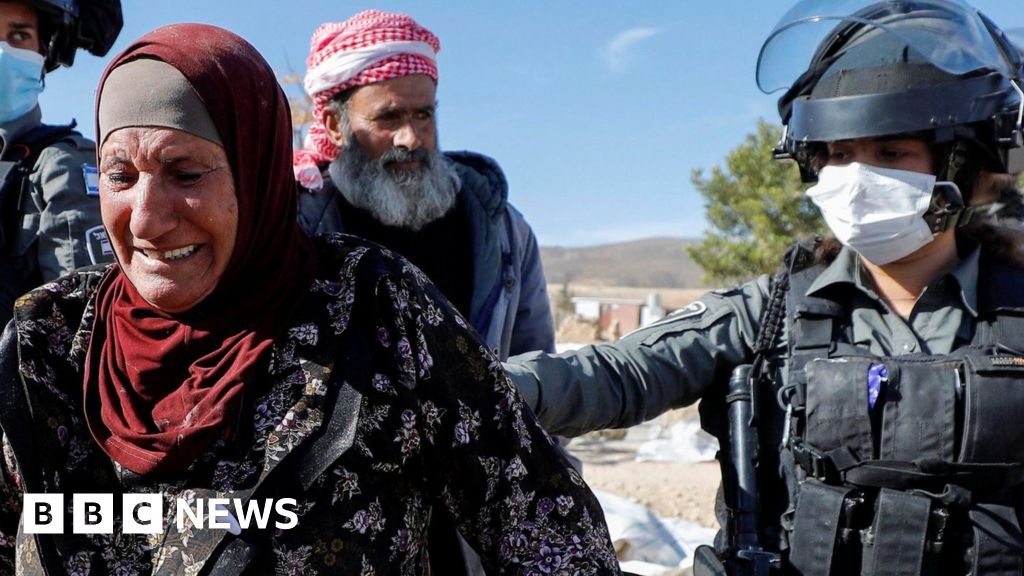 The rights group accuses it of racist policies, but Israel fiercely rejects "the false allegations".

Amnesty International issues a report showing that Israel practice a form of apartheid against a part of their own citizens. Freedom Convoy 2022: Police report no injuries, 'no incidents of violence'...

I’m sure it’s been heard there was a massive truck convoy that took 4 days to cross Canada, in protest of mandated vaccinations being enforced by the government. Whilst their dedication to maintaining a peaceful rally is admirable, what’s most bothersome about the situation is the media bias which has been set by the Liberal party in refusing to even speak to the delegation in regard to their cause. Federal Opposition leaders met with them, but the PM is in asymptomatic quarantine and sticks to his mandate of forcing them to be vaccinated.

The media has been reporting the convoy with all sorts of labels. anyone associated with the liberals has flagged this movement with Trumpism and that members of the convoy harbor racism, including the leader of the NDP.

@Arminius what’s your take on this?

@Arminius what’s your take on this?

Well, I think the media has treated them with kid gloves, as have the police. There was no coverage of the desecration of the War Memorial or the Terry Fox monument by the media for almost a day, while it was common knowledge here. it took a statement from DND to get any coverage. We have seen pick-up trucks with Nazi and Confederate flags, and apparently they are all actors paid by Soros and/or Trudeau, haven’t seen photos of those in the media, but I have seen them myself. The police are allowing assaults to simply happen, and then reporting the lack of their action as a success. Residents of downtown have been intimidated, property defaced, human excrement is all over the place. A soup kitchen for the homeless was besieged for two hours by people demanding meals, two volunteers and a security guard were injured, with no police intervention. There is no dedication to a peaceful demonstration, you can find multiple clips of assaults on residents. The police tell the victims they should not be there. And when was the last time a Prime Minister came to speak to protestors demanding an audience? Particularly one waving a manifesto demanding that he and all MPs resign, to be replaced by a government led by an unelected Governor-General and Senate, FFS.

This is by far the worst behaved group of protestors the city has ever seen. A couple with a Pride flag in their window had their front steps covered in human shit. The police are urging people to stay away from an area where 50,000 people live. That story in the Province (newswire) amounts to gaslighting. People are calling for the resignation of the chief of police today…if it is peaceful, why the fuck are the police telling people to avoid it for their own safety?

Meanwhile, Conservative politicians have been coddling them and posing for selfies.

The contrast to how BLM and First Nations protests have been handled is now impossible to ignore.

So, these guys have done what I thought impossible. I haven’t voted Liberal since 1993, but there pretty clearly isn’t any other choice.

wow, that was not what I was expecting. I knew I really couldn’t believe what was being portrayed in the media, but it’s really just a show the media is putting on at this point. I just don’t like Trudeau and I think whilst Poilievre (sp?) is a good watchdog to keep the Liberals honest, I worry about the Conservative movement at this point.

A friend of mine who is a veteran was offended enough that on Saturday night, he went down to the Cenotaph to start cleaning it himself. His comment today:

“It is starting to make me think of The Dark Knight Rises, where Gotham City
was blocked off and isolated by a bunch of criminals and the cops were
powerless to do anything. But in that case at least the cops were trapped
in the sewers.”

Simple fact of the matter is that the main organizers of this have close ties to far-right, white supremacist groups. It is really troubling to see my own cousin posting interviews with the likes of Pat King about the ‘Freedom Convoy’, when even a cursory search can lead you to him only espousing white supremacist views, Holocaust denial, and anti-Muslim conspiracy theory.

“It is starting to make me think of The Dark Knight Rises, where Gotham City
was blocked off and isolated by a bunch of criminals and the cops were
powerless to do anything. But in that case at least the cops were trapped
in the sewers.”

In his analogy, is he batman?!