Pets and All Animaltastic Debate

I remember a few years ago about a guy in work bragging about the new Cannon camera he had just bought because he was getting interested in photography… Needless to say, for weeks he never shut up about this newfound hobby and how good he was with his camera… At the works Xmas party, someone mentioned to his wife about him becoming such an expert and he seemed to be putting others to shame with his expertise…
She said not to take any notice of him as his first 24pictures were of his right eye and he still hadn’t improved much on that

A taxidermist has crafted a unique keepsake for a family after their dog died, but Instagram users are divided with some calling it 'beautiful and peaceful' while others are furious

Poor Apollo. About a year ago he had what looked like a black head on the middle of his back. It was scab like, but had a grainy pus under it. We drained it cleaned it and moved on. It scabbed back up but nothing more, but we got back from a weekend away last week and it had all of a sudden grown in size . It’s now the diameter of an old 50p piece and thick. Im nervous because it looks now like a melanoma and he’s at an age where things can go downhil fast.

We’re going to vet this afternoon for a check up so fingers crossed. 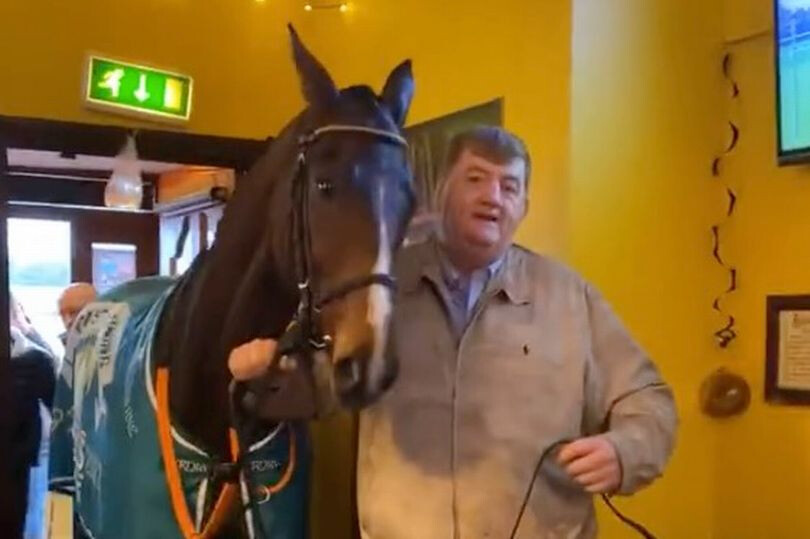 Barman says to the horse… what’s with the long face :0)

Racing fans can't get enough of horse with 'best name ever'

Racehorse names have long been regarded as inventive and flamboyant, but punters over in Australia have been left blown away by what to call one particular stallion

Can’t wait for the commentator to keep repeating this :0)

By popular request from @Iftikhar here is ‘Silly Little One’.
I’m a bit lucky here originally ‘Little one’ (downstairs toilet) was held up in the downstairs toilet and probably hibernating until the heating came on. It’s cold in the toilet and I reckon he wanted to get to the lounge where it’s warmer. 1st spotted unmoving at the front door and 24hours later in the middle of the corridor on the way to the loungs.
He/she doesn’t move much or very fast, just slow wriggles, surely due to being cold. I mean 1.2meters in 24 hours is pretty pathetic. He/she will be in danger if it makes it to the lounge, I might not see it. 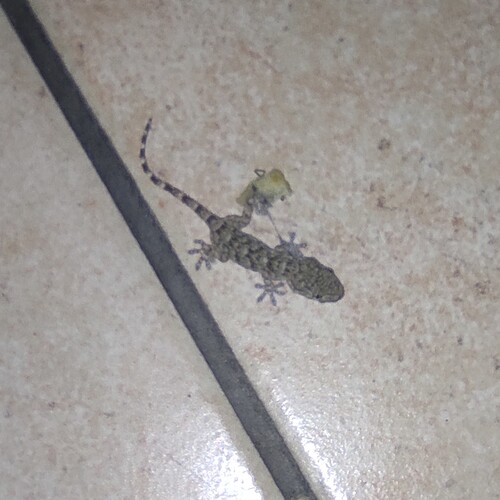 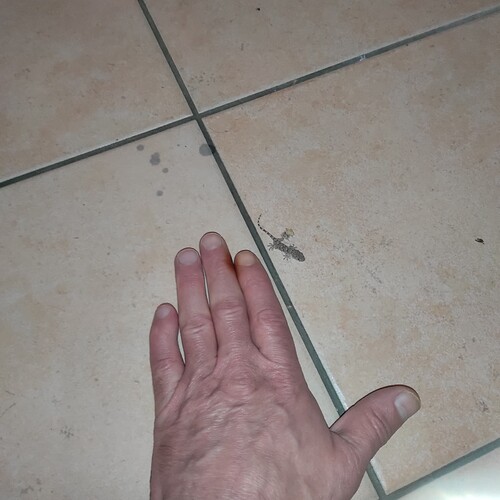 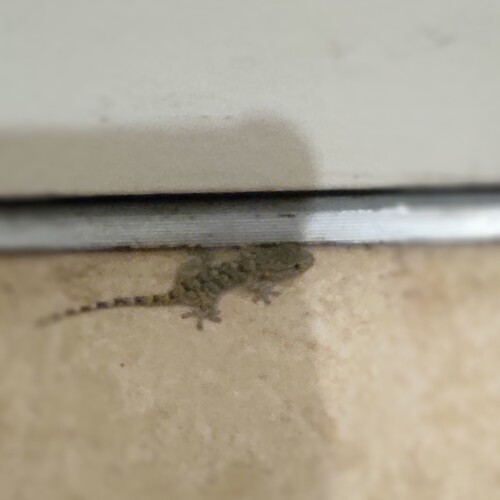 ‘Silly little one’ has made it to the lounge. He must find a better place than my entry and exit (I’m doing the detour the other way at the moment).
He/she had a piece of crisp stuck to a foot, I pulled it off and now it wiggles much better and can move as fast as a snail.
Hopefully it will climb a wall eventually so as not to be on the floor.
My daughter just told me via ‘whatsapp’ that she squished one whilst she was staying with me so I’m a little sad, must have been ‘little one’ upstairs toilet now ‘dead little one’. 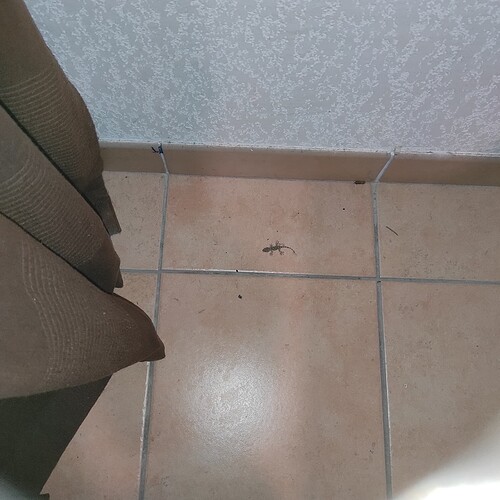 i haven’t seen ‘silly little one’ for about 3 days now so I presume he/she has found a nice comfortable spot out of my way to hibernate in (or what ever they do). I reckon at that size they might need to feed a bit then again they are cold blooded and there’s plenty of miniscule spiders coming out now that ‘big one’ isn’t scoffing up.