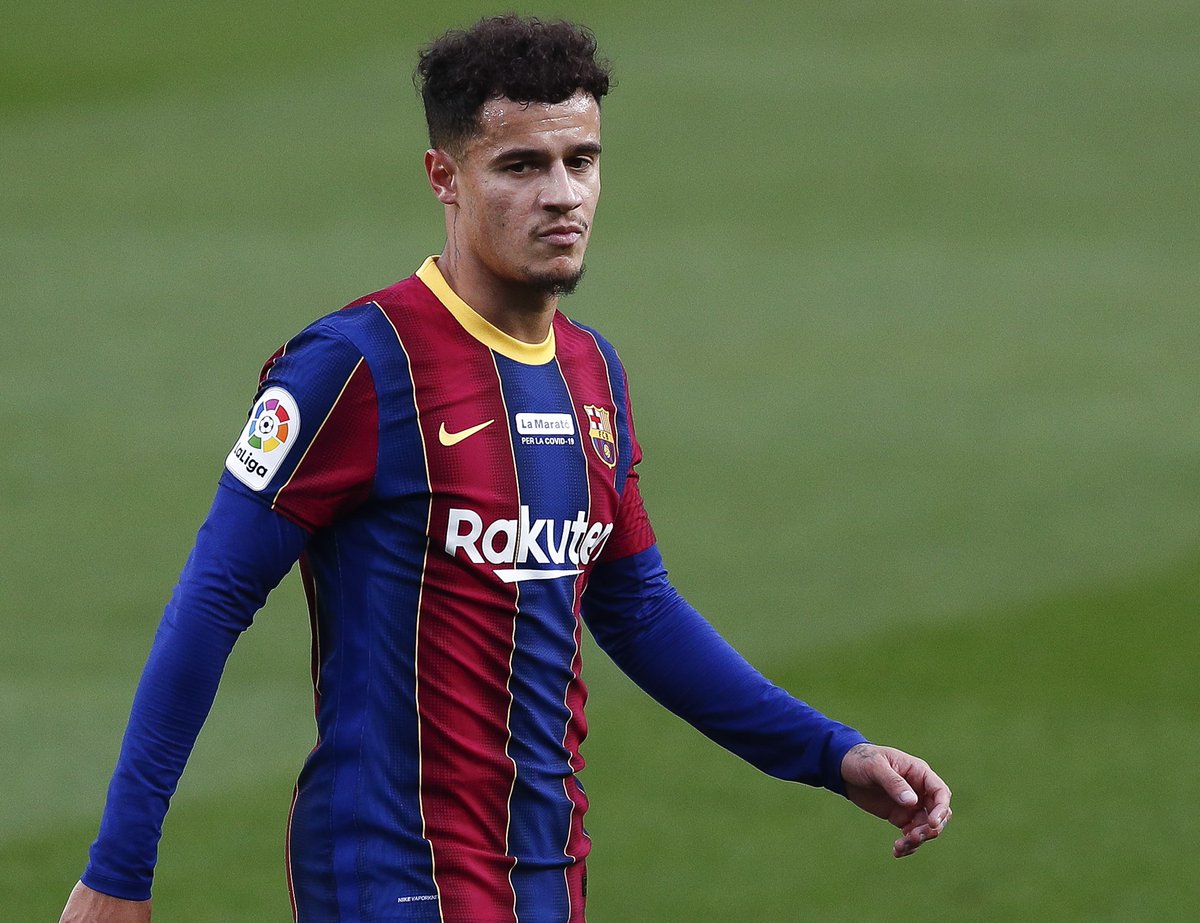 Did we include a sell on % clause in the transfer?

Inter and serie A might be a good fit for him.

Yet another team which can eliminate barcelona now in the champs league.

They making some room on the salary books to pay Messi.

Will he ever has the courage, after he stopped playing football to say, what a dumb prick I have been to leave Liverpool, I could have won the CL, the WC and the PL…

Hope he fails any medicals taken due to back problems!

I would think that would only kick in if they sold him at a profit.

Our sale just keeps looking better and better…and to Barca…we just laugh now at your grubby tactics prior to the transfer. Your issue aint Cou it’s Messi.

Best sell ever in the history of the game. We bought VVD and Alisson. And won 1 PL, 1 CL and many more to come.

Whilst a great sell, to be fair to Cou, his trophy cabinet has filled up nicely since he left. Would love to one day hear his real feelings and thoughts post LFC career.

Liverpool have banked the full £142million from Barcelona for the transfer of Philippe Coutinho.

The Reds sold the Brazil star to Barca in January 2018 in a deal which made the attacking midfielder the third most expensive player in history at the time.

The deal negotiated with the La Liga giants - which saw sporting director Michael Edwards secure a clause that prevented Barca from returning for any more players until 2020 - was worth an initial £106m with a further £36m of add-ons.

… Liverpool are paid £4.4m (€5m) for every 15 appearances made with Barca, meaning the Reds have now banked £26.4m for the 90 matches Coutinho has played.

For every time Barcelona qualify for the quarter-finals of the Champions League, the Reds would be given a payment of £4.4m, meaning they have earned near £9m over the past two seasons too.

I admit to having doubts, that the full amount would be reached, but kudos to Michael Edwards for negotiating the best deal for us.

I guess I’m alone in really wishing Coutinho the best???

Then he left for a huge £106M initially (after being advised poorly to try and force a transfer) and we used that to build our title winning team by adding VVD and Alisson. Could we have afforded them without his contribution? Doubtful.

Does he still have a soft spot for our club? He probably does have a heck of a lot of fond memories and regrets.

And now we have gotten the whole £142 million!!! He is like a gift that keeps on giving! Coutinho has contributed so much to our success that I don’t understand the anger.

If only most transfers could be like Coutinho’s!!! I would have been absolutely thrilled if say Tsimikas contributed so much to our success.

I guess I’m alone in really wishing Coutinho the best???

He’s not a Liverpool player anymore. He did provide some wow moments but his exit as you said provided Liverpool the chance to make huge signings which played a huge part in building us to where they are.

I’ll wish him the best. He’s already won the UCL with an FCB , Just not the FCB he wanted.

It’s really only the way he left which lacked a bit of class. As you say, he was badly advised, especially regarding the preservation of his public image.

For us, he has been nothing but an absolutely smashing signing. Both when he played for us, and also afterwards. We couldn’t have wished for better than what he gave us.

Our lucky charm in all regards, and a very important part of our current success. I’ll wish him well wherever he goes or whatever he does in the future.

Could we have afforded them without his contribution? Doubtful.

This, I don’t agree. We are very astute when it comes to spending, but we have got what a manager needed.

Not really a fault that we stumbled upon some cash behind the couch, too often.

I’m grateful for what he financed but the way he left was pretty sour and his attempt via his entourage to badmouth Klopp leaves a bad taste.

Possible long term knee injury means Barcelona would not be able to get rid of him in Jan to cut their wages down.

So we won’t get paid in full according to themirror.
I thought we already had the money.

Personally I don’t think he deserves a separate thread after the way he left.