A piece of piss.

Jones Minamino Grujic were all class. Div should have a bright past at the club

Who keeps scheduling these matches on weekday mornings? I’m paying for ESPN+ and can’t watch what I’m paying for. It’s nonsensical.

Who keeps scheduling these matches on weekday mornings?

If you want to watch our games at sensible times, move to England.

I missed the match. Can someone tell me if this is accurate and worth reading? I have 200 pages of Anna Karenina left and I’m not sure this deserves my time.

about the lack of intensity/concentration throughout the ‘B’ team; I don’t think we should be allowing Lincoln the number of shots/chances that they had. However perhaps it’s difficult when we capitalized very ruthlessly on our opponent’s weak play so that it was never a contest. We also squeezed a lot of attacking players needing minutes onto the pitch, so putting one or two of them into the usual XI would surely be different.

Happy for the result and that some of those players made a good case for being involved in more competitions.

Great game from our boys, could’ve scored more but 7-2 isn’t too shabby

. Taki was superb, starting to find his feet and gain more confidence with the ball. Shaq impress me with his incisive passing too. I think if he ends up staying he can play in midfield and provide that link up play that Klopp wants. Nico needs to do a better job tracking opponents making runs. So many time he gets caught out or reacts too late. When he has the ball up the field he dwells on it too much and often gets close down. He needs to release it quicker.
Needs to better if he wants to be a starter at some point for LFC. Although divok scored, I generally feel he’s not really useful to our build up in plays. He definitely should move on and be in the first team somewhere else.
Overall good game, on to Arsenal next

Do we have any Portuguese posters on TAN?

hell of a squad they’ve put together

Was thinking this too, late in the match. The squad depth is unbelievable.

And again, could not be more thrilled to see Taki get more comfortable and gain more confidence in The Boss’s setup.

A worthwhile game to develop the squad. MotM to Curtis and Minamino with a third vote going to Rhys Williams who I thought had a decent debut.

I liked that we played senior CBs for both halves as this gives a proper experience for the other defenders.

Missed it due to tiredness, but for a second string and in some cases not even that to blast away Lincoln in such a fashion is impressive, not done that in some time I have to say, usually a nervy 2-1 win with a penalty.

This was dead at half time 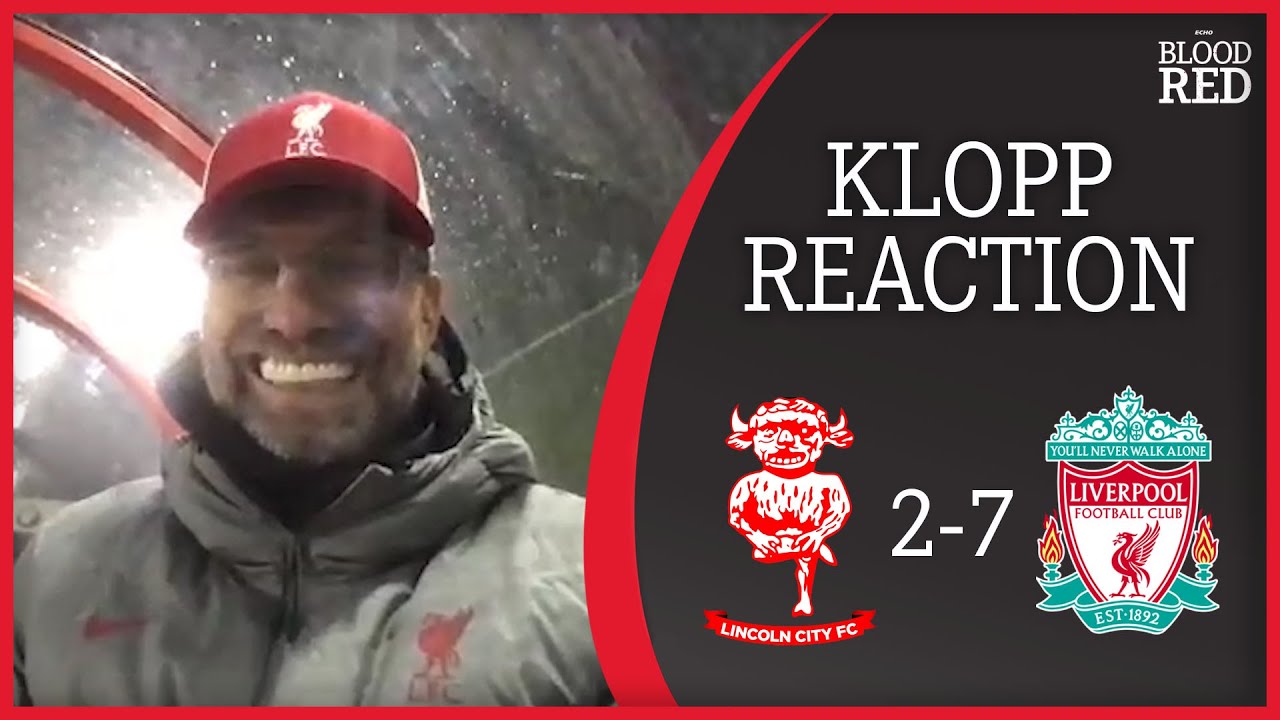 Shaqiri goal reminds me of the Aurielo one against utd years ago.

Leader on the pitch, Lincoln players were a bit anxious. we got the result. To be honest, for the first time I thought…Curtis could be of value to LFC…
Leader out- apart from an outrageous gooalkeepeng…they had a game in hand!
Curtis…This was one of those moments to step up…but, he was missing on the pitch
Taki…apart from the energy, with what /how I saw, at this situation…first touch/passing, not the first team LFC level
Fab…excelent when the ball on the grass, but above the weist, there are quite a few issues…but he is still learning a new guild…
Both wingbecks…featherweight
…
To be fair, although Divock didn’t show much, looked like someone from Liverpool…
JK, should have brought Diogo after 45 mins…
…This is how I saw this particular game…I thought, I will see them being outpayed, and the goals would be from around 6 yards
When they tried be competitve, we didn’t pressed them to discourage them…

That write I’m up sounds like we were beaten 7-2, and how can Jones be ace and rubbish?

Wait, what is wrong with Minamino’s first touch? I thought it was exquisite. To be able to control the ball so reliably on the half turn is a real asset,