58’ James MILNER on, Diogo JOTA off

77’ Curtis JONES on, Thiago ALCANTATA off

Just the one change for the Tricky Reds today, with Mo Salah returning to the starting eleven after being on the bench in Leeds. James Milner made way, with Jürgen deciding to go gung-ho with all four of his star attackers on the pitch from the off. The continued absence of Nat Phillips with a minor injury meant that Fabinho once again partnered Kabak at the heart of the defence.

Bright sunshine at Anfield and a brilliant start for the home side; in the third minute, Mané crossed from the inside left channel and Newcastle half cleared but the ball fell to Salah at the far post and he controlled, spun and rifled the ball past the keeper at his near post. Top class finishing.

Kabak then did well to deny the tricky Saint-Maximin as the latter threatened to burst through; the Turkish defender was yellow carded a few minutes later for taking out the same player.

Fernandez then clouted Jota with a blatant forearm; yellow card for the Newcastle player. The Barcodes enjoyed a good spell of possession and Shelvey lifted a pass into Longstaff’s path; a low save from Alisson spared the blushes of Trent, who had played the midfielder onside.

Sharp passing from Thiago to Salah and then Jota saw the Portuguese player blast over when he might have done better. He then hit another effort straight at Dubravka, after good play by Sadio. Diogo then completed a hat trick of misses by slicing wide after the Newcastle defence had got itself into a bit of a muddle.

Firmino played Salah through but the Egyptian couldn’t quite bring the ball under control and Dubravka saved; Bobby then headed over. The Brazilian then combined with Jota bit the latter shot tamely straight at the keeper. Salah then teed up Mané but Dubravka thwarted the Senegalese international; Trent crossed from the right and Sadio sliced wide.

As the players trudged off for their halftime oranges, it was the same old story. Sure, Newcastle had created a couple of chances but if the Reds had had their shooting boots on, we would have been at least four goals to the good.

The second stanza started in a similar vein- lovely turn by Bobby; shot tame and straight at the keeper. At the other end, Alisson had to race out to beat Joelinton to Shelvey’s through-ball.

Ten minutes into the second half, Joelinton turned inside Fabinho but shot straight at Alisson from the edge of the box; Dubravka then thwarted Firmino at the other end, using his left foot at the near post.

Robertson dispossessed Almirón but dragged his shot about a foot wide and the home side continued to dominate possession, with the visitors looking to deploy the pace of Wilson and Saint-Maximin on the counter attack.

Newcastle again lost possession playing around the back and Mané teed up Salah… who found the side netting. Trent tried an ambitious free kick from 35 yards that deflected behind off the wall; from the resulting corner, Thiago flicked up Newcastle’s clearance for Trent to volley but it speared just wide. Would have been some goal. That was the last action from the Spanish midfielder, as he was replaced by Jones with fourteen minutes left.

Salah and Milner combined but the latter’s cross was just a fraction too high for Mané at the far post. Mané, who looked offside, forced Dubravka into another low save; Milner’s low drive from twenty yards was well fielded by the visiting goalie.

Dwight Gayle was brought on in a late effort to repeat Crystanbul; Fabinho them took out Saint-Maximin and was rightly booked for his troubles. Ritchie crossed but Willock glanced his header inches over.

Two minutes into stoppage time, the inevitable happened. Wilson burst through and Alisson saved; the ball ricocheted back onto the forward’s arm before he bundled it home. 1-1… No; the goal was disallowed.

No such luck a couple of minutes later: in the sixth minute of stoppage time (only four were meant to be played), Joe Willock’s shot deflected off Fabinho and past Alisson. 1-1 and another two points dropped.

Next up is a trip to to Trafford to face our friends from Salford next Sunday afternoon. As I posted in today’s pre-match thread, our record at the Toilet has been far from inspiring of late; Jürgen has yet to win there and invariably seems to pay them too much respect. I would love to see us attack them all guns blazing but fear we’ll get the usual tedious safety-first mentality that the boss always appears to favour on our trips down the M62.

MOTM: Alex and the team at my local. Since the beer garden has reopened, the pub has been fully booked but the staff have still managed to enforce social distancing and keep it safe for everyone by limiting numbers and employing extra staff to keep an eye on things. Obviously, I’m not going to tell you where I drink- don’t want you all positioned on nearby rooves with your sniper rifles- but I hope that you all have similarly good pubs wherever you may be. Cheers!

We don’t deserve 4th after some of our games recently

Forwards embarrassing time and time again, no excuses they have fucked this season.

Really need to add some variety up top. One new forward or two? Should one of the golden front three from previous 3 seasons depart?

Shameful performance, we deserved to lose those 2 points

Ridiculous all round. Should have been clear by a few goals well before the final minutes. Defending not up to scratch. Not managing the game and seeing it out. Newcastle are a poor side and its disgraceful not to win that. Costly two points dropped which makes it more difficult for top four.

Suprise surprise . Said it about 30 minutes into the game. Our forwards for the chances they created cost us today. Couldn’t score in a brothel. Defence wasn’t great in added time, two goals in 4 minutes is poor

From mentallity monster to fucking hopeless. 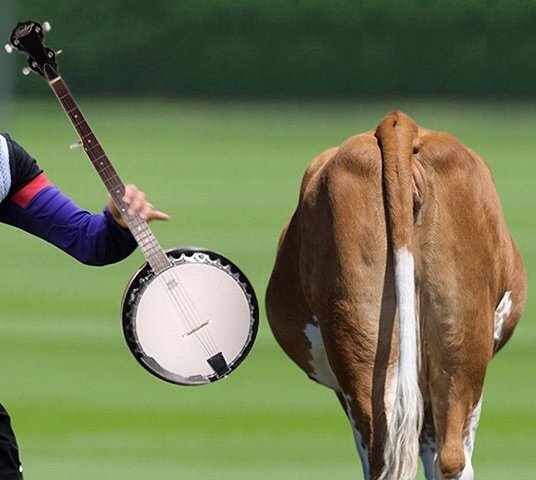 We can’t find a second goal to save our lifes - mentally cramping up towards the end - fuck it up. Story of the season.
Livid.