Hey buddy, you are awake

This is the moment where everything has turned!

Bet Ole’s glad he rested all these lads against Leicester.

Great win. Few scary moments that needn’t have been. Trent, Thiago were massive. Nat sucked up the OG and got on with it.

If ever there is need to examine a referees performance this is it.
Changed his mind on a cast iron penalty.
Bottled a red for McTominay.
Every 50/50 to Utd.
He is a fucking disgrace, his bias is unbelievable.

A nightmare first 15 minutes. A goal down from Bruno. Then we started to keep the ball, then from 15 to 65 minutes, we were on top.

Had the chances to make it 4-1. Man Utd with their sub changed their formation, put more up front, and Klopp didn’t react. A 10 minute spell where we shat ourselves, gave away chances, and let Rashford and Utd back in the game.

Fianally Klopp realised to make the subs, and we tightened up in the last 10 minutes, and got the fourth to relax at the end.

Nat MoTM. Recovered from an own goal, dominant in the air against Cavani, assist for the equaliser, cleared off the line, immense.

That display was better than being awarded 3 free points every day of the week and twice on a Sunday :0)

Had 4-1 in my mind all day for us so 4-2 is really disappointing… only kidding what a massive result and performance.

So many players deserve the applause tonight.

GET the fuck in! What a win… absolutely massive!!! 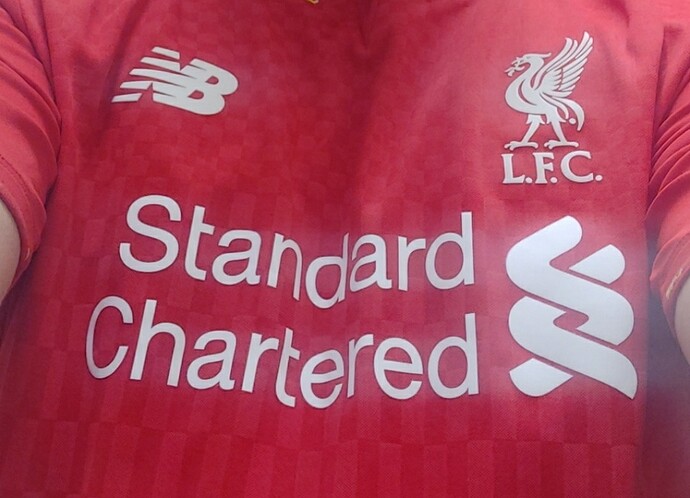 Great win. Few scary moments that needn’t have been. Trent, Thiago were massive. Nat sucked up the OG and got on with it.

If ever there is need to examine a referees performance this is it.
Changed his mind on a cast iron penalty.
Bottled a red for McTominay.
Every 50/50 to Utd.
He is a fucking disgrace, his bias is unbelievable.

I’d have been really pissed off if that penalty had been given against us. I don’t think it’s a pen.

But bottling the McTominay decision. That’s a fucking disgrace. It’s Taylor bending the rules to keep him on the pitch.

Robbo had Rashford in his back pocket throughout the game. Had to switch sides to contribute anything meaningful.

First of all…was a doubter of Rhys. He did well, proved me wrong. Cavani didn’t get a sniff. Nat Phillips, limited pace but is brilliant. Woudl be a 4th choice CB for me next season.

Thiago was fantastic, Trent and Robbo incredible. Best thing that’s happened to Trent was Southgate not selecting him for England, has put a fire into his belly.

Was fearing tonight, especially after the Nat Phillips own goal (somehow given to Bruno) but we were brilliant. Bobby was back to his beast, Jota was dangerous.

He’s not very good, has a bit of pace when he sees something on otherwise a waste of space imo.

A piece of piss.

Listen, United are absolutely fucking wank. If you need proof that this was NOT a nromal season by any stretch, then look no further than the team that will finish second in the league. Next season things will be back to somewhat normal, there’ll be a preseason, there will not be a condensed schedule, and United will get found out and fall back down the league.

Was that their first team?

Funny it took a CB pairing of Philips and Rhys for Klopp to win at Old trafford.

Fantastic performance compared to a couple of moths ago. Coming good at the sharp end of the season, although coming good a bit sooner would’ve been better.

Trent absolutely world class. Southgate can be thanked, I think. His shabby treatment of Trent has really spurred him on.