Liverpool go to Goodison to play a Rafa Benitez-managed Everton in what is bound to be a hugely (mixed) emotional affair.

Last season this fixture came on match week 5. Everton headed the table with a 100% record and Liverpool found themselves in 5th. The game finished 2-2 but will be most remembered for two horrendous challenges on Van Dijk and Thiago respectively. It took Thiago five months before he got back to full fitness and Van Dijk much longer. It derailed Liverpool’s season to such an extent the reds did well to finish 3rd.

For Everton, it did nothing. They finished 10th.

Everton play Brentford away today so will have one less day to recover.

Many eyes are bound to be on the ref. 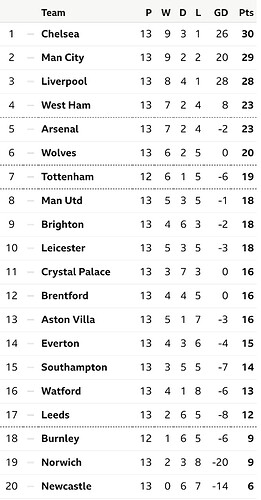 Smash them, they’re shit. Oh and pray a miracle happens and we escape there without any injuries.

On paper we will sweep them aside, and I expect that to happen. As always in recent times I’m concerned about injuries in this fixture. Klopp’s mention of this yesterday might help to sway the ref a bit. It seemed to work when he complained about all the penalties Utd were getting! Three or four nil to us isn’t out of the question.

Why is it on a Wednesday?

With one-third of the season gone, we are still stuttering a bit. At least we aren’t the juggernaut we need to be to win the league. I feel we need a winning streak.

Our starting 11 picks itself for this, hopefully we get a decent ahem referee and he makes sure he clamps down on any thuggery from the bitters and finally I hope they don’t sack Rafa after the hiding we give them.

Edit: Referee stretchered off after 23 minutes after NAT N°6 mistakes his stupid fat head for the ball!

With one-third of the season gone, we are still stuttering a bit. At least we aren’t the juggernaut we need to be to win the league. I feel we need a winning streak.

Because that’s my day off!

Are you trying to jinx @Kopstar ?
That’s not your line, just saying.

Friendly reminder for everyone to sign up for a free amazon prime trial if they haven’t already (or are at the game.)

Really hope they aren’t as fired up for this as the past few years, maybe Rafa has them a bit calmer but I doubt it. They still only have two games a year on which to judge their season, and after their terrible run they will be looking to even more to make a point.

Fingers crossed for a couple of early goals and some good game management from us to quiet thing down a bit.

Klopp has started doing bits on this in the pressers, but I would be using every opportunity now to put pressure on the referee to keep these animals under control.

Would you protect/rest VVD and Salah?

Especially as the opposition isn’t up to much…

Many eyes are bound to be on the ref.

This is the one:

Smash them, they’re shit. Oh and pray a miracle happens and we escape there without any injuries.

Anyway, fuck this team from top to bottom. Rafa not withstanding obviously. Three points and no injuries or suspensions and I’ll be grand.

I agree, just 3 points anyhow and no injuries.

Sad that fear of injuries is the prime topic of discussion than football for a derby. Never should have come to this, but the horrendous challenges and lack of appropriate punishment for those has made this happen.

I watched the City / Everton game and City played them to perfection.

Passed the ball round, probing, tons of possession and most importantly patience.

They hogged the ball to ridiculous levels…

On the rare occasions they lost it, they swarmed the lad in possession to the point they struggled to string 3 passes together.

A similar gameplan from us but with the added bonus of genuine strikers who are all hungry and who knows what the score could be.

“It is a game people make too much of. I don’t like the way it is approached. We want to play football there. Let’s see what the opponent wants.”