Still, can’t see us letting this one slip. Fans there, big prize at stake. Come on redmen.

I’m paying €35 a month for Sky and €12 a month for DAZN so I simply don’t want to look for illegal streams anymore.

Cool. But for one game, if you want to watch only us, you can always manage.

Is it only me that finds the mocking of Roy’s speech impediment rather distasteful? I had a close relative who had something similar and it really upset him at times.

I think we should try to be better than this.

Ditto. He was a shit manager for us, nothing more nothing less. We’re better than mocking any individual over a physical issue.

Hodgson will get a good reception. He always does at Anfield.

A few weeks back I thought this game would have all the atmosphere of a funeral wake, where we mourned the passing of Klopp’s Liverpool. Now there’s a chance it could be a celebration. And it should be if we make CL even though it’s a case of minimum requirement achieved in all honesty. I will be chuffed for JK if we do get across the line. He’s had a shite year (like most of us) but he’s had to go through it in the public spotlight. Robbed of a chance to celebrate with the fans when we won the league then just about the worst possible season to follow with everything going wrong. He hasn’t been blameless but, with the fans back in there, it would be good for him to be reminded of what we really think of him on Sunday.

More than happy to clap Roy after we’ve smashed his team. If he could just get them to roll over… That’d be greaat! 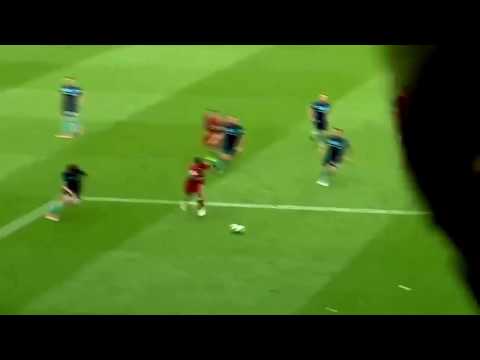 Another one of these in his last game would be the perfect send off.

It comes down to this. Our final.

On the side, I wish that it would be Leicester who goes in with us and for that to happen, Leicester need to win and Chelsea need to drop points which are both possible scenarios.

But yes, a win should put us through to CL unless of course Chelsea wins and Leicester wins big.

I want an assist to break his drought.

Don’t they have something like 9 players whose contracts are all expiring? Not sure how many are first team, could either mean they all don’t want to get injured or want to play the game of their lives to get a good contract somewhere else.

I was thinking of that game last night.

Wonder how they will set out Anfield, I believe it was 2k on the Kop when we had that brief return in December, I would try and fill the main stand as best possible as I think it’s been a massive source of energy for the team plus Klopp would love to feed off it.

Some in the Anfield Road and the Kenny stand.

Isn’t that a bit like playing a shit player to “put them in the shop window”. It will be evident to any club by now what a player is like from all sorts of data. They won’t have their head turned by a good performance at Anfield.

Unless Comolli still works in football.

All 4 stands are in use for this one. Think most clubs have been doing the same.

I like the look of Eze, he could be the player for us that Keita should have been.

True, but you’d have thought the same was true about managers but some of them keep getting jobs!

No messing about on Sunday, just get the win and we could finish in 3rd place, if Villa get a result against Chelsea. The fans being back should make a difference and help us to get over the line.