Support LFC from the get go? Switched allegiance?

I am sure that most, if not all of you remember watching the B/R short clip of 3 generations supporting this great club, which brought tears to our eyes: 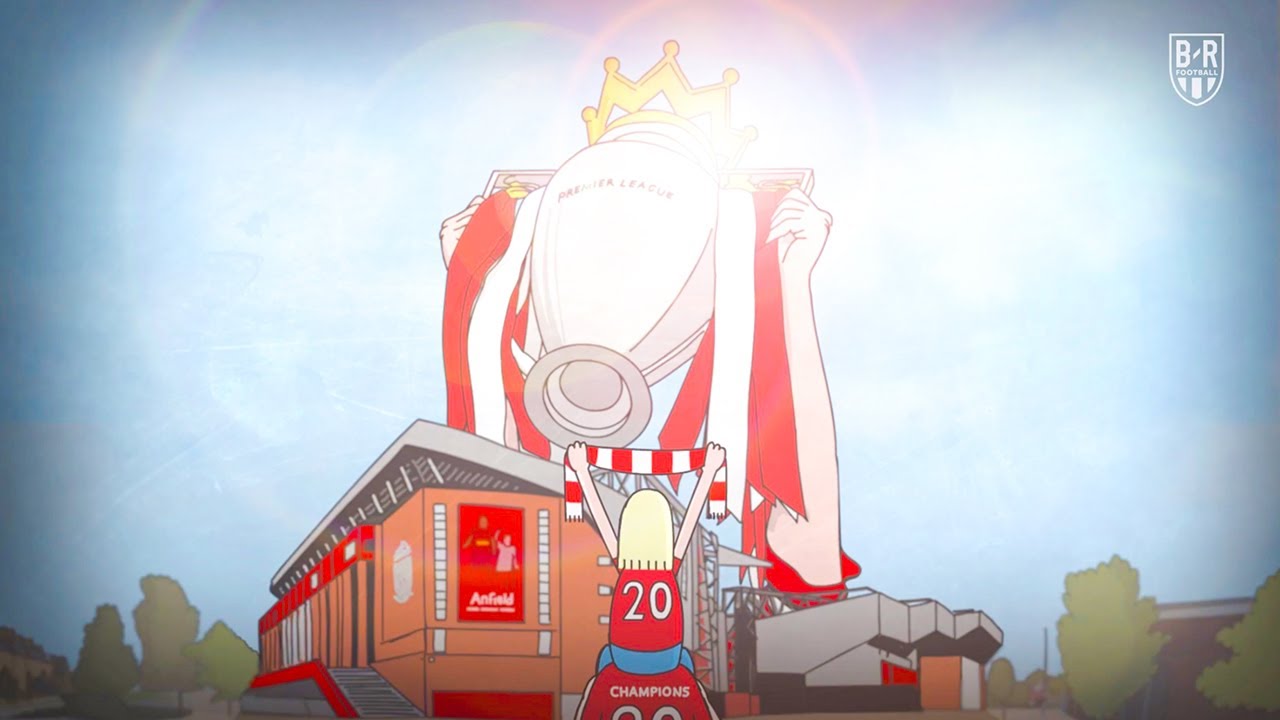 My son is a Spurs fan. It won’t last | Séamas O’Reilly

He’s allowed to support the local team – until he’s old enough to like football, and know better

Next year he will have best of both worlds, Mbappe on our second kit, probably a deep green number in homage to Paul Stewart and Budgie Burrows!!

I started out that way as well, being more drawn to an individual player rather than a team. During Euro 88, Marco van Basten became my hero, and as a result of that I had a thing for AC Milan for a few years. But then simultaneously Liverpool were often on tv, and Milan weren’t (only European cup games), so I got hooked on them as well. And when Van Basten had to retire, my interest in Milan faded fairly quickly, and it’s been Liverpool pretty much from then on.

My son when young always wanted a Liverpool top when i got one and loved wearing it,then he grew up and became a glory supporting Barca fan,i’n sorry i let the club down but he’s a whinging little shit so no use to us anyway.

You can just feel the love pour out of @Scott.Jones

I think I was always Liverpool, my dad had no interest and my brother had been an Everton fan and switch to Man Utd so that probably has something to do with it.

He dislikes football now, and actually texted me on the night we won the title and said well done, he had switched to his home club Bolton and I think if there is any interest it would be them.

My son when young always wanted a Liverpool top when i got one and loved wearing it,then he grew up and became a glory supporting Barca fan,i’n sorry i let the club down but he’s a whinging little shit so no use to us anyway.

I blame the parents

i’ve only ever supported LFC (followed other clubs but not with the same passion). My Dad came from and support WBA but their football was dire. The only team that caught my interest on the rare occassions it got on tele was LFC. It was the poetry in motion that did it (same with my favorite French club, Nantes).
I have a son he supports LFC and unlike other young French doesn’t see football jerseys as a fashion item, he wouldn’t be seen dead in anything other than an LFC jersey.
My daughter does not watch much football but when she’s home, hidden away in her bedroom, and I am watching she always asks who scored when she hears me going nuts dancing around the living room. She knows how important it is to support LFC and when others mention football all she talks about is LFC. She’s much more into RCToulon (rugby) as when they were little we went to matches, she hated it but you know these things hold memories.
So some of us know how to parent a child.

My younger brother supports Manure fuck knows how that happened. Perhaps it was my older brother who changed clubs at a blink of an eye at least we all hated Arsenal.

Have been a Reds since i can remember. Watched football at a young age, and everyone around me were either United or Arsenal fans, during the era of Ferguson and Wenger. But idk, something about Liverpool just appeal to me. And my favourite player growing up was Gerrard, so its a no brainer.

Shame, which orphanage did you drop him off at?

Started getting into football in the mid 70s when still at school. Not much footie on the Telly then (and probably to late for me to watch anyway) but the European matches were on the wireless. Remember listening to us playing when I’d gone to bed and been hocked on the Reds since. Grew up near Portsmouth and my Dad started taking me to some matches there so still keep an eye on how they are doing (normally badly except when 'arry was in charge!).

My dad really loved football and ive been watching football since i was a child. My first ever jersey was a Liverpool jersey at the age of 5 years which my godfather brought me. Too young to properly support any team till i was 10 or 11. Was playing football around that time too. The first game i watched with Liverpool involved was against Manchester Utd on my 11th birthday 31 March. Saw Stevie score a rocket and Robbie Fowler basically hammering the ball in.

In my country, United vs Liverpool is the biggest game of the year whenever they play. There is genuine hate between both supporters and its pretty much a night where everyone watches the game who are football fans at least. But for me i watched it and then i fell in love with Liverpool watching all the fans around me in my country start to chant and sing and i have been a fan ever since then.

India??? You used have a big derby between East Bengal and Mohonbagan but that’s years ago.

Malaysian clubs were frequent participants in our invitational tournaments in the 1980s.

Yeah, my hometown club Selangor FA was once considered the strongest club in the country, that’s all changed recently. I watch some games, but a mixture of politics and poor facilities make it hard to watch atm. The fan base is pretty loyal though.

Dad supported them since the 60’s. I never had a choice - and never considered any other team. Greatest club on the face of the earth, bar none. NONE.

i was for liverpool before i started really watching club football. grew up playing the three amerikkkan sports, though i did play youth orange-slice soccer and in the seventh grade because we didn’t have gridiron football. zidane in the '98 world cup really turned me on the world’s game

my middle brother had traced our swaggering hillbilly paternal grandfather’s lineage back to merseyside, and started paying attention before i did. we’d play FIFA on christmas eve with the third, youngest clown at our mom’s house with a liverpool team made up of gerrard, carragher, sissoko, joyce characters, jesus, and satan (which meant trent had us at hello)

when i was a kid the matches weren’t on, in my 20s i wasn’t getting up on saturday mornings, and when i lived in the city of pittsburgh i didn’t have cable for most of the time–i tried to have a social life, go see live music, etc. managed to catch pieces of the CL runs under rafa, and people pay enough attention to it in this country that the world cup would be on in bars and i’d base my rooting interest on which teams had reds on them (suarez vs ghana was an exception)

got cable when i moved back to the other side of PA in 2013, and the promised OT saturdays at work had dried up by the following spring–which meant the run-in leading to the slip & chrystanbul was the first time i was seeing every match and had a working knowledge of the entire squad

texted my brother ‘it’s a mug’s game, innit?’ repeatedly, and then klopp came along